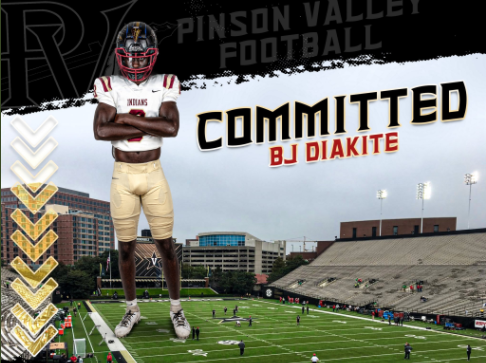 The 2022 prospect chose the program that gave him his first Power Five offer: Vanderbilt.

The two-way Pinson Valley star says the family connection he felt with the Commodores ultimately gave them the edge.

“It’s the connection I have with everybody,” Diakite told 247Sports. “I feel like myself around them. We talk every day, all day. We talk about everything. It’s like family. I really love them.”

If Diakite sticks with his pledge, he will be the second PVHS linebacker to land in Nashville in recent years. Former Indian star Zac Cunningham still holds multiple defensive records at Vanderbilt.