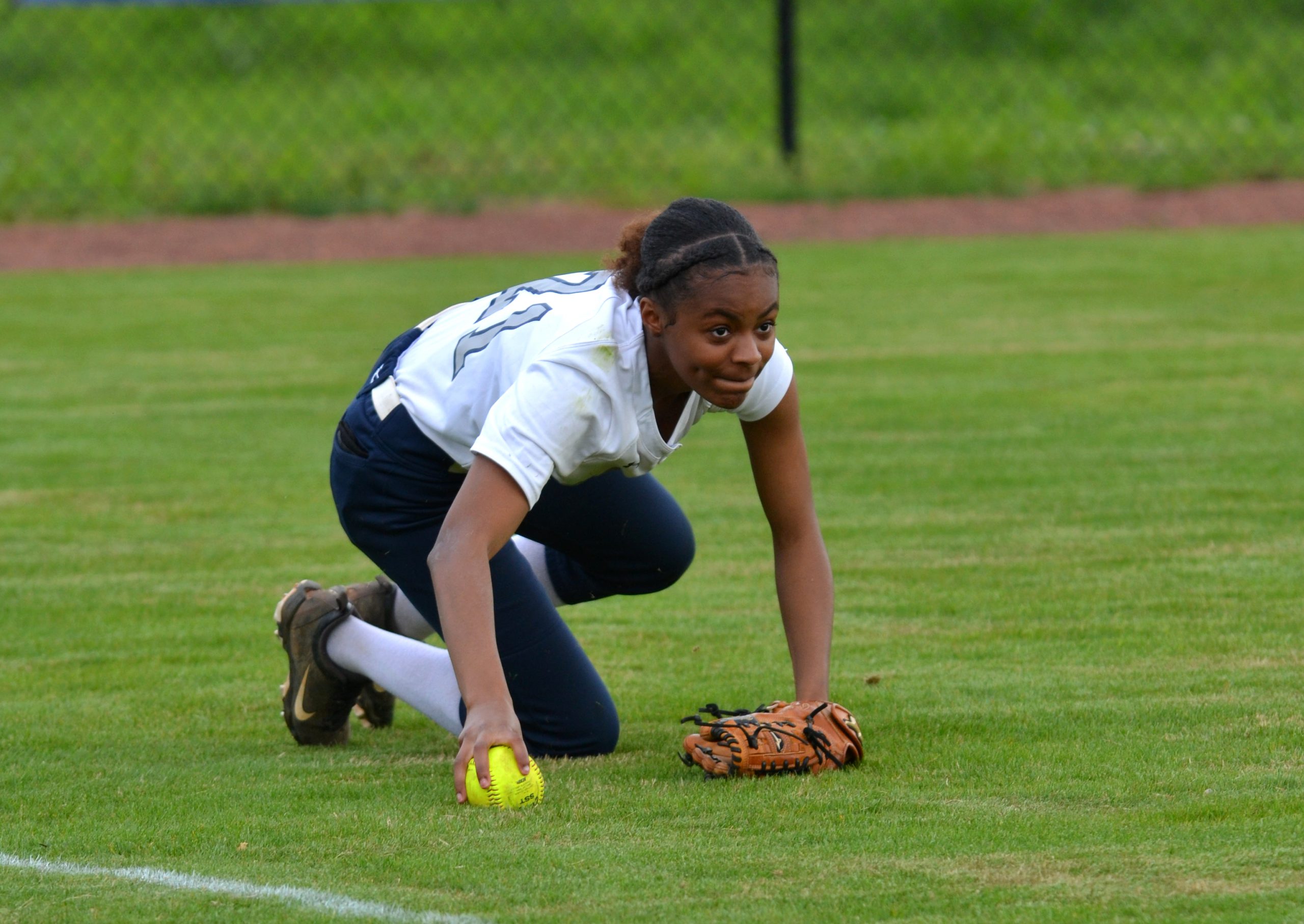 Clay-Chalkville left fielder Zyian Dunning picks the ball up off the grass during a home game on March 30, 2021. Photo by Erik Harris

The softball schedule was full of area games on Tuesday night with local clubs coming away with mixed results.

The Clay-Chalkville softball team slid to 0-2 in Class 6A, Area 12 play thanks to a 13-0 home loss to Gardendale on Tuesday.

GHS pitcher Natalie Snow carried a perfect game into the bottom of the seventh, but surrendered her first hit — a Ladonna Scott three-bagger — with one out recorded in the final frame. Snow would still preserve the shutout victory with 15 strikeouts, no walks and the one extra-base hit.

Much of her run support came in the later innings, as Sarah Beth Brake, Lillie Piersol and Sophie Gant provided two RBIs apiece for the Rockets.

Gardendale crossed 10 of its 13 runs during the final three frames.

Leeds jumped out to an early lead and coasted home for a 10-4 Class 5A, Area 10 win over Parker on Tuesday night.

The Tigers (14-5, 2-0) scratched at least one run in each of their final five offensive innings to pull away with a 12-5 home win. Reagan Cornelius and Bella Bullington teamed up in the circle and at the plate for Springville. Cornelius pitched a four-inning shutout with three strikeouts and drove home two RBIs on three hits. Bullington pitched the remaining three frames with three strikeouts to go with three hits, including a home run, and two RBIs of her own.

The Indians fell to Class 5A No. 5 Hayden by a final of 17-2 on Tuesday night in five innings. Miah Simmons led the Wildcats with two hits, a home run and three RBIs. Center fielder Taylor Yeager matched Simmons with three RBIs of her own.