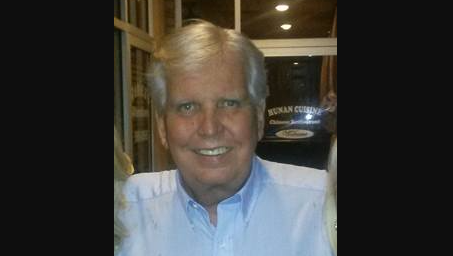 Ramon Dennis Hopkins passed away peacefully at his home and went to be with the Lord on March 31, 2021.

Dennis was preceded in death by his parents, Ernest Cecil Hopkins and Juanita Virginia Roden Hopkins, from Birmingham, Alabama.

Dennis was born in Birmingham, Alabama on February 2, 1943. He worked as a successful insurance adjuster for Liberty Mutual and then was self-employed. He loved cars, especially Chevrolet Corvettes. He was a charter member of the Team Corvette of Birmingham, Alabama. You could often find him working on his cars in the garage.

He was an avid University of Alabama fan and enjoyed cheering them on with his hardy, “Roll Tide.” Dennis was a loving husband, hard worker, and Christian man. He was full of life and enjoyed music, bop dancing, old movies, going to the beach, and cooking.

In lieu of flowers, the family requests that gifts be made to St. Jude Children’s Research Hospital or the American Heart Association. Visitation will be Tuesday, April 6, 2021 at 9:00 am, and the Memorial Service will follow at 10:00 am, both at Jefferson Memorial Funeral Home and Gardens, Trussville, Alabama.