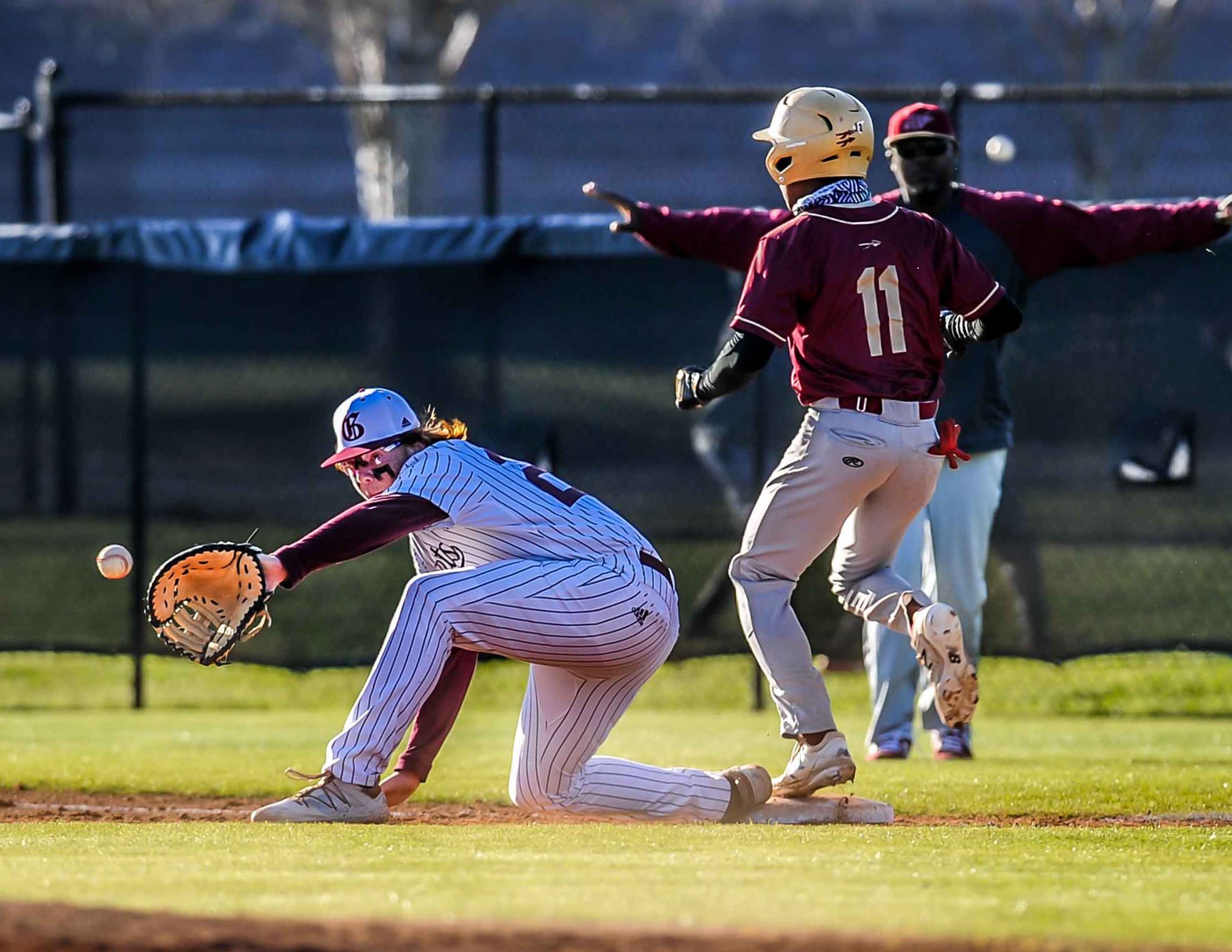 Pinson Valley's Jordan Streety beats out a throw to first on April 1, 2021. Photo by Vickie Unlap

It was a bumpy start to area play for a few local baseball teams this week.

The third-ranked Green Wave claimed another Class 5A, Area 10 victory on Thursday, knocking off Parker by a count of 9-0.

Leeds (19-4, 4-0) took a steady approach, scratching runs in all but two frames on Thursday. Will Landers logged a 2-for-2 outing with two RBIs and one run scored for the Green Wave. Peyton Moore and Alex Bradford added two hits apiece for the home team. 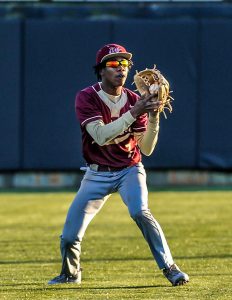 Gardendale on Thursday completed the Class 6A, Area 12 sweep over Pinson Valley with an 8-6 decision. The Indians drop to 12-8 overall and 0-2 in league play.

No. 10-ranked Mortimer Jordan completed a Class 6A, Area 12 sweep of Clay-Chalkville on Thursday. The Blue Devils (24-3, 2-0) opened up the series with a 7-5 road win on Tuesday and later took the three-game set with an 11-1 victory on Thursday.

The loss slips the Cougars to 7-10 overall, including an 0-2 record in area play. The team’s one run came in the top of the first on Thursday and the 1-0 advantage held until Mortimer Jordan found two runs in the fourth and added seven more in the fifth.

Austin Morris doubled for the Blue Devils with two hits and a pair of RBIs in the win.

It was a tightly-contested series between Moody and St. Clair County with the Saints eventually claiming the three-game set 2-1. St. Clair opened the Class 5A, Area 11 tilt with a 7-6 victory on Tuesday and finished things off with a 9-8 victory on Thursday. The Blue Devils (10-11, 1-1) would force a rubber match with a 6-3 win in Game 2.

Zach Johnson led the Moody charge with a 4-for-4 effort that included a home run, a double, three RBIs and three runs scored. Andrew Goodwin earned the win in a complete-game effort, allowing only one earned run on 10 hits. He struck out six St. Clair batters.

Oxford pushed two runs across in the second and that’s all the Jackets needed on Thursday night as they earned the Class 6A, Area 13 sweep over Springville. The Tigers (14-9, 0-2) dropped the series opener on Tuesday 5-1 and followed up with a 2-0 defeat on Thursday at home.

Springville pitcher Owen Prickett tossed a complete game, allowing only one earned run on four hits with no walks and three strikeouts. His bats, however, did not deliver. The home team managed only three hits in the loss thanks to one apiece from Parker Wells, Jake Goolsby and Rece Gleason.