LATEST NEWS
Home Business Back in business: Local merchants and chambers ready to ‘get back to normal’ 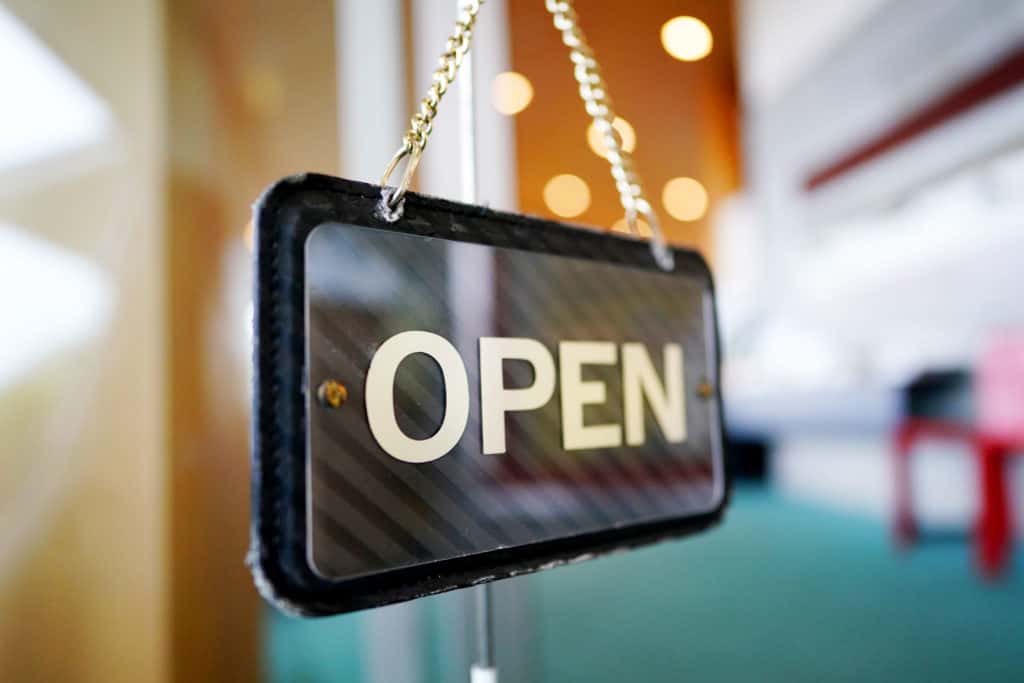 Back in business: Local merchants and chambers ready to ‘get back to normal’

For over a year now, many local businesses have been pushing hard to stay in business. As the COVID-19 pandemic claimed lives and caused panic, some small businesses struggled to stay afloat. In fact, many businesses were forced to reinvent themselves in order to stay relevant and tend to the needs of customers.

Alabama’s mask mandate will officially expire on Friday, April 9, 2021. Although some municipalities and businesses will still require masks, the expiration of the mandate provides a sense of freedom for many Alabamians.

Some local chambers of commerce have planned their first luncheons in over a year. June Mathews, the director of the Trussville Area Chamber of Commerce said she is excited that the chamber will be able to get

“It feels like a bird out of a cage,” said Mathews. “I think that’s how everybody feels. We are all almost giddy that we get to have our April luncheon. What can I say? Everybody’s just glad that we are getting back to normal, in a way.”

For over a year, the Trussville Chamber’s event calendar was blank. To be able to start hosting events again is one of the things Mathews says is a step in the right direction. Some of those events include a carnival and Taste of Trussville.

Throughout the pandemic, the development of downtown Trussville continued. As more people start to come out of their homes and enjoy amenities the city has to offer, they will see a lot of changes in Trussville’s future Entertainment District.

“During the Downtown Merchant’s meeting, we were talking about how exciting it is to watch all of this happen downtown,” Mathews said. “It’s almost like we’re walking into a different downtown, so it’s going to be fun.”

“We’re definitely looking into having more events this year,” said Cox. “We want to bring in that foot traffic and bringing people into the businesses again.”

Some of those events include a Mother’s Day event that will be similar to Trussville’s annual Cookie Walk. Cox said the association also wants to have events for the arts and music sector since people in those industries suffered during the pandemic. Cox hopes events and participation in the association continue to grow as the vaccine rollout continues.

“We are just getting people back in the swing of things,” Cox added. “It will grow each time we have another meeting.”

Trussville Mayor Buddy Choat said the city has been fortunate during the pandemic.

“Things kind of hit a snag for a while when COVID hit and people weren’t sure what to do and how long it was going to last,” said Choat. “But I think people within the last six months or so have finally felt more comfortable in areas like we have downtown, particularly outside.”

Choat said business around the downtown pavilion has been successful, although construction of two additional restaurants in the area was delayed because of the pandemic.

“The outdoor area has allowed us to make up for some potential lost income,” Choat said. “I think we have fared pretty well and looking over our revenue sales tax, we are up 10.6% over the last year.”

The April Trussville Area Chamber of Commerce Luncheon will be held at the pavilion in downtown Trussville on April 15. Trussville City Schools Superintendent Dr. Pattie Neill will be the guest speaker.

The Leeds Area Chamber of Commerce will also host a luncheon in April. Director Sandra McGuire said she is also looking forward to the annual Creek Bank Festival, which had to be canceled in 2020.

“This will be our 26th annual Creek Bank Festival,” McGuire said. “It’s held at the Leeds Memorial Park and there will be vendors, arts and crafts, food, we have a big car show. It’s a pretty big thing with entertainment.”

There is no entry fee to the Creek Bank Festival, so McGuire estimates around 3,500 people will attend the festival.

“There are just mixed emotions about it,” said Machen. I think, for the most part, everyone’s excited and ready to get back to some normalcy.”

The next Moody Area Chamber of Commerce luncheon will be Thursday, April 8, at  11:30 a.m.

The Center Point Area Chamber of Commerce resumed luncheons in December, with restrictions including social distancing and mask-wearing. The chamber also held a prayer breakfast in March. Instead of having a buffet-style luncheon, meals and drinks are individually packaged.

“Everything has been positive so far,” said Gann. “There are a couple of businesses that are still not allowing people into their lobby but we are hoping as more people get the vaccine we will see more people at the luncheons.”

The next big event for the Center Point Area Chamber of Commerce will be on May 11. The special monthly luncheon will be where the chamber awards ambassador scholarships. Gann said families of students receiving the scholarships will be invited to attend.

On a worldwide level, the International Monetary Fund forecasts that the rollout of COVID-19 vaccines and vast sums of government aid will accelerate global economic growth to a record-high in 2021.

The 190-country lending agency said Tuesday that it expects the world economy to expand 6% this year, up from the 5.5% it had forecast in January. It would be the fastest expansion for the global economy in IMF records dating back to 1980.

In 2022, the IMF predicts, international economic growth will decelerate to a still strong 4.4%, up from its January forecast of 4.2%.

“A way out of this health and economic crisis is increasingly visible,’’ IMF chief economist Gita Gopinath told reporters.

The agency’s economists now estimate that the global economy shrank 3.3% in 2020 after the devastating recession that followed the coronavirus’ eruption across the world early last spring. That is the worst annual figure in the IMF’s database, though not as severe as the 3.5% drop it had estimated three months ago. Without $16 trillion in global government aid that helped sustain companies and consumers during COVID-19 lockdowns, IMF forecasters say, last year’s downturn could have been three times worse.

In the IMF’s estimation, the global rebound will gradually lose momentum and return to pre-COVID levels of just above 3% growth. Countries will again encounter the obstacles they faced before the pandemic, including aging workforces in most rich countries and in China.