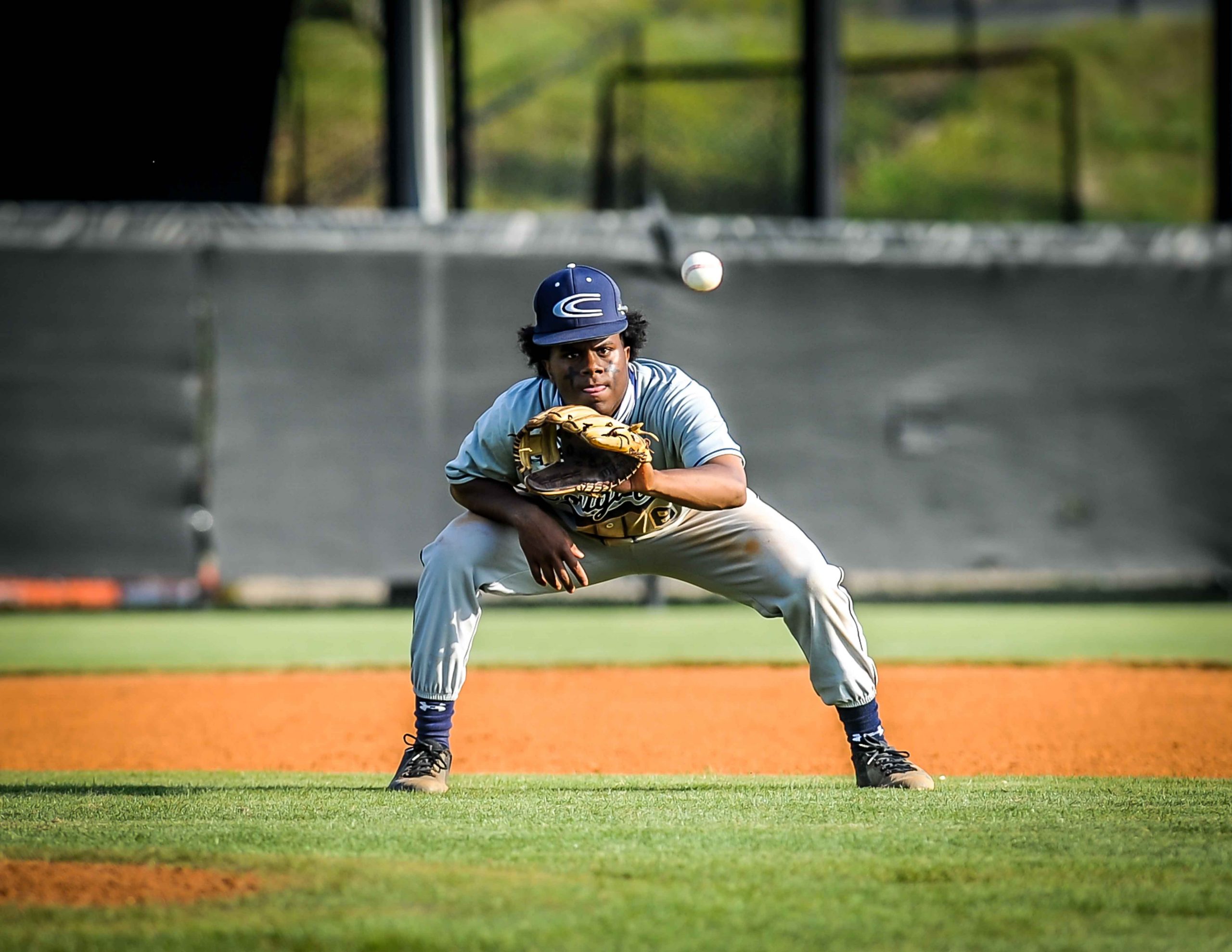 Clay-Chalkville infielder Kobe Lewis looks the ball into his glove during a game on April 6, 2021. Photo by Vickie Unlap

GARDENDALE — Clay-Chalkville suffered two Class 6A, Area 12 losses on Tuesday in Gardendale, sliding the Cougars to 0-4 in league play.

Gardendale started slow, but rallied back for a 5-4 victory in the series opener and added a 10-1 win in Game 2.

The Rockets fell behind 4-0 in Game 1, but fought back to find their first lead in the fifth thanks to back-to-back hits from Ty McGraw and Lakell Freeman. First, McGraw evened the score at 4-4 with a hard-hit double off the wall in right. Freeman followed with an RBI grounder through the right side for a 5-4 advantage.

That score would later go final. 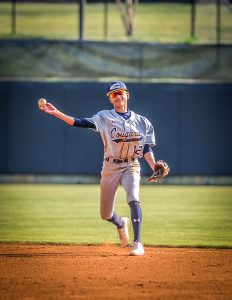 Clay-Chalkville’s Bronson Sneed fires the ball to first during a game on April 6, 2021.
Photo by Vickie Unlap

The Cougars did threaten in the bottom of the seventh after Kobe Lewis doubled for his second hit of the game. He represented the tying run, but was left on base thanks to a game-ending foulout. Lewis finished with three RBIs and scored a run in the loss.

Clay-Chalkville took advantage of some sloppy Gardendale defense in the first, sending four runs across in its first half-inning of offense. A Lewis single resulted in three of those runs, as the ball bounced under the left fielder’s glove. The ball rolled on and the bases cleared. Lewis scored shortly thereafter off a Javen Hunter double down the right-field line.

The Cougars went to the home-half with a 4-0 advantage.

The home team whittled the deficit down to 4-3 in the fourth following a run-scoring balk and an RBI double off the bat of Nick Rigdon. Gardendale also scratched a run across in the third off a Presley Walker single.

Walker delivered two hits, including a three-bagger and drove in one run for the Rockets. Rigdon and Bryant also added two hits apiece for Gardendale.

Clay-Chalkville’s one run came off a Jack Friend RBI in the sixth. Freind and Braxton Russell led the Cougars with two hits apiece in the nightcap.

For Gardendale, Rigdon had another strong outing with two hits and two RBIs. Cooper Jarvis finished with three hits and three RBIs and a run scored.