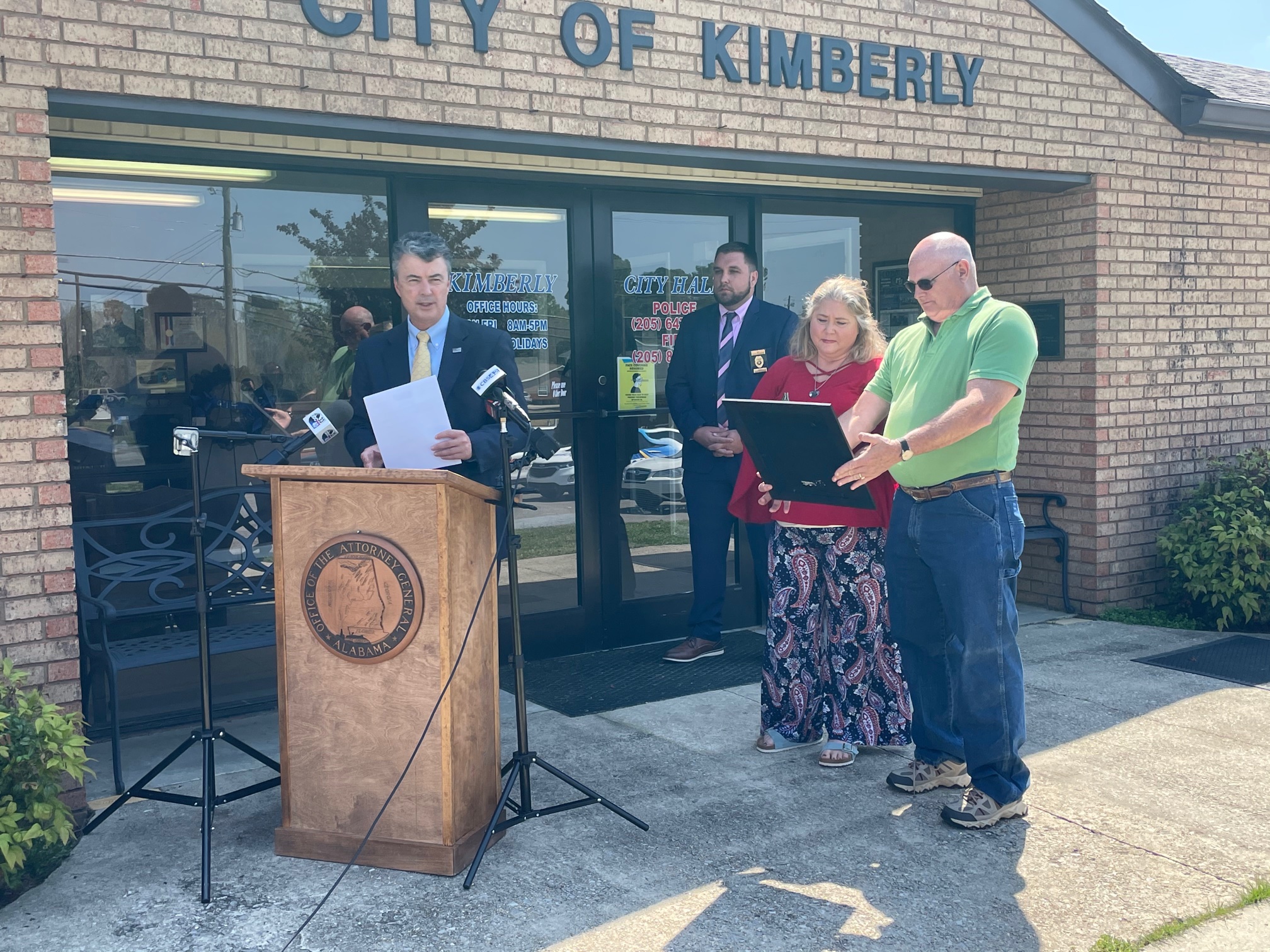 Marshall addressed the media and honored O’Rear, who lost his life in the line of duty on Feb. 5, 2020. The father of three was fatally shot that night during a pursuit on Interstate 65 South.

Marshall says O’Rear was one of eight law enforcement officers lost in 2020 either to violent crimes (five) or COVID-19 (three).

“We look forward to that day in which we do not have to have memorials or ceremonies where we honor those who have given the ultimate sacrifice, but the reality is it happens far too often not only in this country, but in this state,” said Marshall.

The attorney general then presented a commemoration in recognition of O’Rear’s service and sacrifice to be displayed prominently at the Kimberly Police Department.

Marshall was joined at the ceremony, which was held at Kimberly City Hall, by Kimberly Police Chief Ricky Pridmore and O’Rear’s parents, Dan and Kelly.

“He had a servant’s heart and I know that he is in heaven fulfilling that service as well,” said Kelly.

“There’s not a day that goes by that we don’t think about him or see something that reminds us of him and we hope that continues,” said Dan. “It was a pleasure and an honor to have been his father.”

Preston Johnson, 37, has been charged with capital murder in the shooting death of O’Rear.