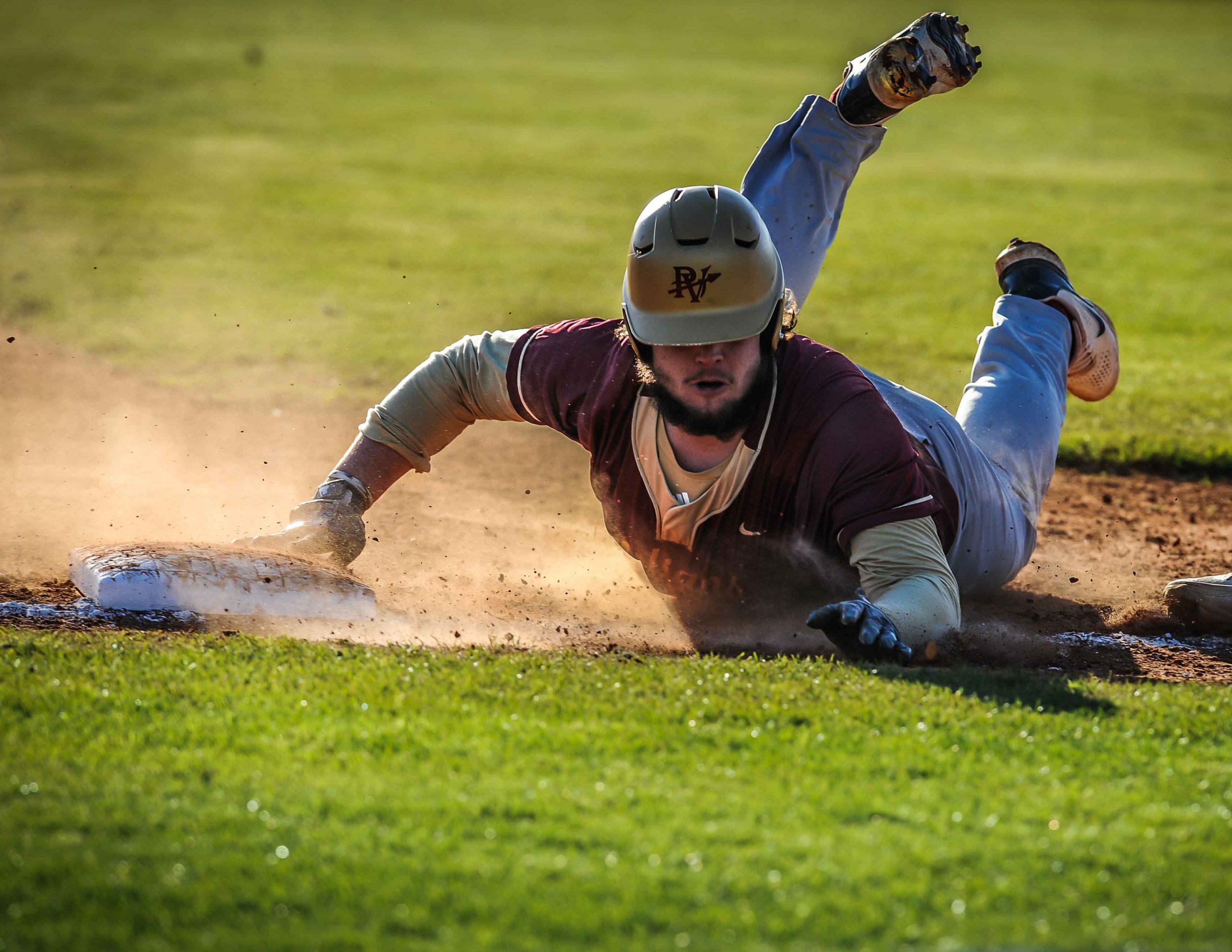 Pinson Valley's Jordan Bays slides into third during a game on April 1, 2021. Photo by Vickie Unlap

See the latest game recaps below.

Hewitt-Trussville is likely in line to take over the No. 1 spot in this week’s ASWA Class 7A baseball rankings after knocking off top-ranked Auburn last weekend and starting this week with a 6-1 Area 6 win over Gadsden City.

Junior righty Riley Quick scored the win against the Titans with 11 strikeouts in five-plus innings pitched on Tuesday. Baker Green checked in for the save with four strikeouts.

Trey Burrell paced the Huskies (23-2, 1-0) with a pair of doubles and four runs scored, while Jackson Holland provided two hits and two RBIs. 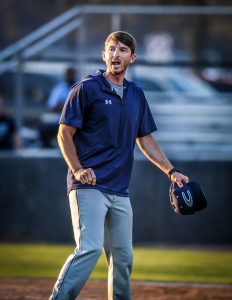 The Cougars slipped to 0-4 in Class 6A, Area 12 play thanks to a pair of losses in Gardendale on Tuesday night. Clay-Chalkville fell 5-4 in the series opener and followed with a 10-1 loss in the nightcap.

No. 3-ranked Leeds on Tuesday continued its dominant run through Class 5A, Area 10 play with a 24-4 victory over Carver-Birmingham in five innings. The Green Wave (20-5, 5-0) have now outscored their area opponents 71-8 in five games.

On Tuesday, Joseph Whitcomb went 4-for-4 with two doubles and three RBIs. Avery Stephens homered with two hits, two RBIs and three runs scored. As a team, Leeds finished with 15 hits and 16 RBIs against the Rams.

Moody could not find any offense in a Class 5A, Area 11 series with Alexandria this week, as the Valley Cubs claimed the first two games by a count of 5-0.

Springville has pulled even in Class 6A, Area 13 play thanks to a series sweep over Southside-Gadsden this week. The Tigers (17-10, 2-2) began the series with a 4-1 win on Tuesday and added a 4-2 victory on Wednesday.

On Tuesday, Owen Prickett threw a complete game, allowing one run on four Southside hits to go with five strikeouts and two walks. Brady Gillespie, Payne Bryan and Jake Goolsby each provided two hits and an RBI for Springville.

On Wednesday, Gillespie scored the win in six innings pitched. He struck out four batters while surrendering two runs off three hits. Trey Windle earned the save in the seventh. Ethan Davis went for two of the Tigers’ six hits and added an RBI.

Pinson Valley was shut out twice this week against Class 6A, Area 12 foe Mortimer Jordan, putting the Tribe at 0-4 in league play. The 10th-ranked Blue Devils claimed a 9-0 victory on Tuesday thanks to a complete-game one-hitter from junior pitcher Austin Morris. Mortimer Jordan then peppered the Indians with 14 hits on Wednesday en route to a 12-0 win in six innings.

The Blue Devils will take on Gardendale next week to determine the Area 12 winner and runner-up.