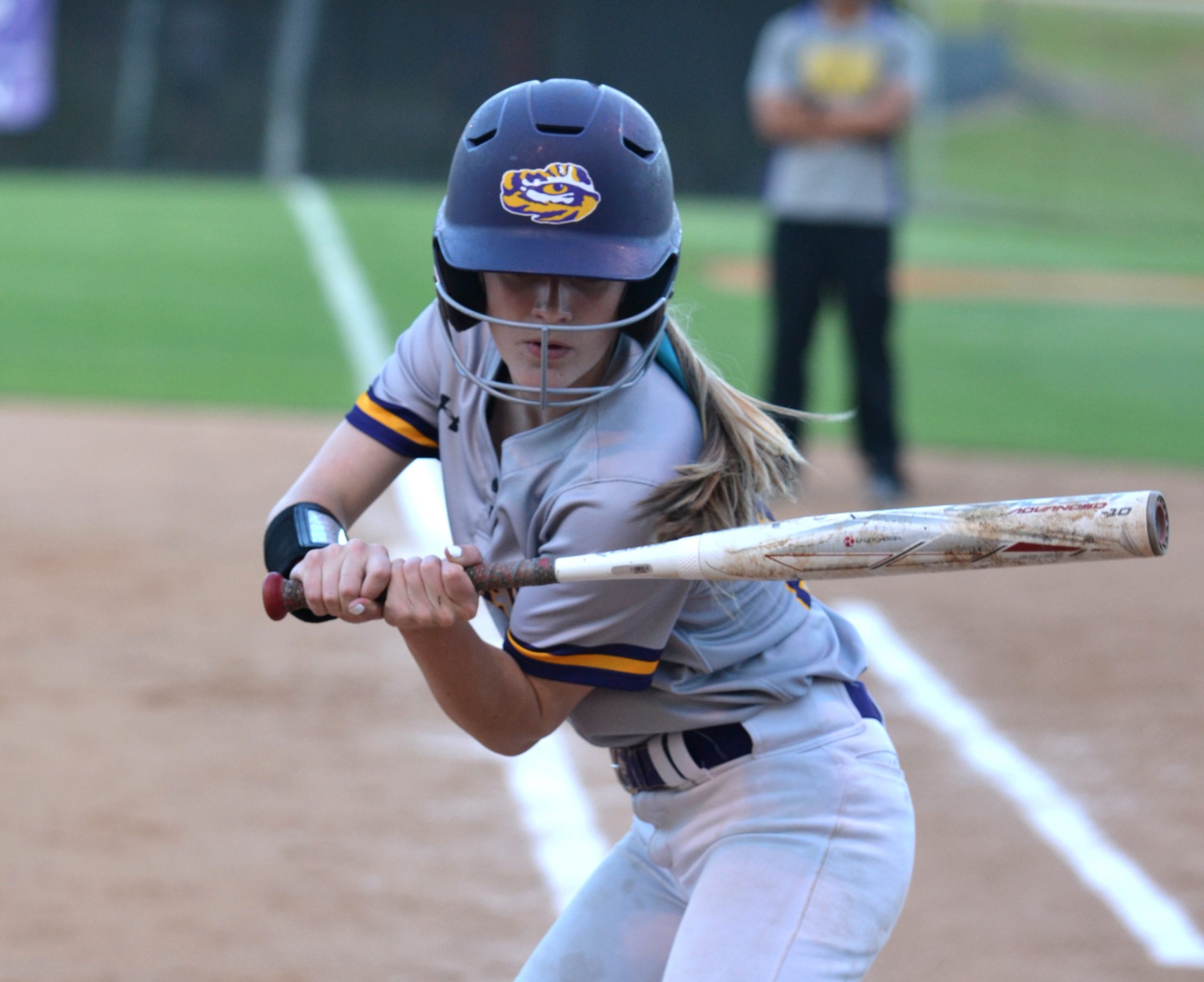 Springville outfielder Bekah Hargrove follows the ball into the mitt during a home game on April 8, 2021. Photo by Erik Harris

SPRINGVILLE — It all starts with defense for the Springville softball team. It’s the mindset head coach Brandon Easterwood has created, and its presence was obvious on Thursday night in a crucial Class 6A, Area 13 home game.

Reagan Cornelius and Bella Bullington teamed up in the circle to strand 10 runners on base, Graci Black and Tatum Bartlett slapped in two runs apiece and the seventh-ranked Tigers beat No. 6 Pell City 7-0 to improve to 4-0 in league play.

“We’ve always preached defense and pitching,” said Easterwood following the game. “We work hard on those two things in practice and it showed up today.”

Cornelius, a senior lefty, got the start and went 5 ⅓ scoreless innings to earn the win. She struck out five batters and surrendered five hits, but perhaps her best work was done with runners in scoring position. 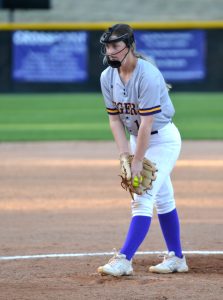 Springville senior Reagan Cornelius steps into her pitching motion during a home win on April 8, 2021.
Photo by Erik Harris

After Springville lassoed a 4-0 advantage in the first, the Panthers loaded the bases with one out recorded in the top of the second. Cornelius then pitched into a 4-6 double play to kill the threat and hold the 4-run lead. Pell City threatened again in the fourth, but Springville stood tall as Bartlett, the catcher, gunned down a baserunner at second and Cornelius fanned the third out to reach the home-half still holding a 4-0 edge.

Bartlett also started the first inning push with a soft line into center to score the first run of the game. Cornelius followed with a RBI single back up the middle for a 2-0 advantage. The home team got a little help after that, as Layla Bradshaw flew into a fielding error in center that sent two more runs across.

Springville went to the second with a 4-0 cushion.

“When you put together a big first inning, that definitely sets the tone,” said Easterwood.

His girls would add a fifth run in the fourth (Bartlett RBI) and two more insurance runs in the sixth (two-run single from Black)  to secure the home win.

Bullington pitched the final 1 ⅔ innings with no hits allowed and two strikeouts.