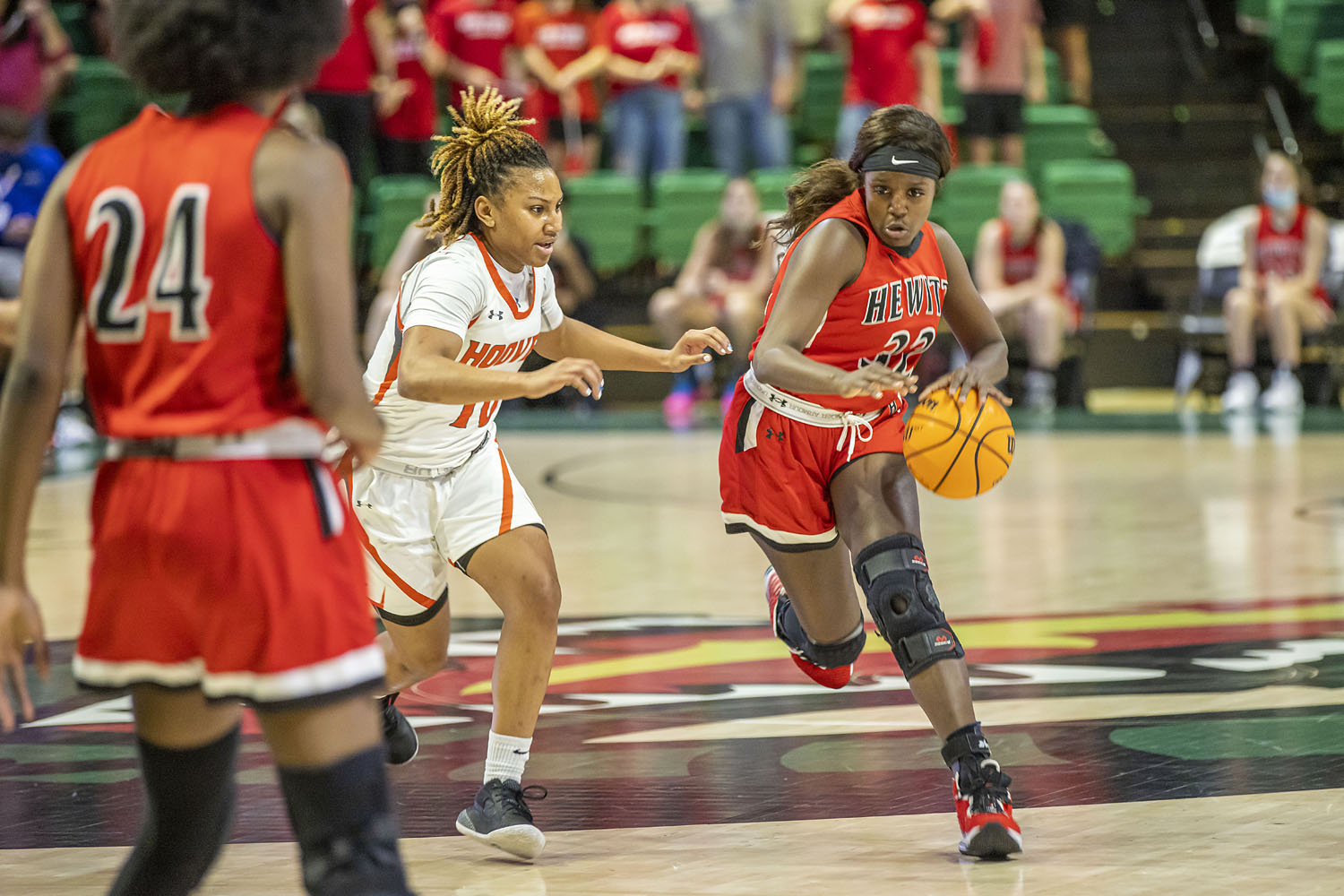 Coach Hunter: ‘Amiya Payne is one of a kind,’ despite Miss Basketball results

Shortly after the Alabama Sports Writers Association (ASWA) announced its 2021 Miss Basketball winner: Geneva County’s Karoline Striplin, Hunter took some time to praise her senior leader. Payne was a finalist for the award along with Striplin, Sara Puckett of Muscle Shoals and Randrea Wright of Carver-Birmingham.

Sure, she wanted her do-it-all captain to hoist the state’s top girls basketball honor. She wanted Payne to cap an already stellar prep career with a Miss Basketball title, but Saturday’s result makes no difference to her impact on the Huskies’ program.

“I’ve been blessed to coach some special kids — too many to name — but Amiya Payne is one of a kind with her work ethic and being able to score the basketball,” said Hunter. “She can put the ball in the basket and she can do that because of her work ethic. People don’t understand the time that she puts in and the hours that she puts in that allows her to perform the way she does.”

“I don’t know of anyone that’s done more for their team,” she continued.

Payne led Hewitt to two Class 7A state runner-up finishes while playing for Hunter. She is a four-time ASWA all-state player and a two-time Super 5 recipient, which goes to the top five players in the state, regardless of position or classification. Payne also earned the distinction of Class 7A Player of the Year following a senior season that saw her sink 24.1 points per game to go with an average of 7.4 boards.

She buried many big shots for Hewitt-Trussville, but one of them stands alone in the eyes of her coach. Payne’s signature moment came on a buzzer-beater against second-ranked Vestavia Hills in the Northeast Regional Finals this February. The Middle Tennessee State signee accepted an inbound pass with the game tied at 46 and quickly rose up for a mid-range look at the horn. Bottom.

Her Huskies marched on to the Class 7A Final Four with a 48-46 victory over their area rival. But what Hunter remembers more than the winning shot is the reaction from the typically-calm Payne.

“Amiya never shows any emotion, but for that one shot that she took you could see her excitement come out,” said Hunter, remembering the yell Payne gave that afternoon in Jacksonville.

Hewitt-Trussville would finish the season with a record of 29-5. Payne capped off her high school career with 2,420 points scored, 744 rebounds, 217 steals and 203 blocked shots.