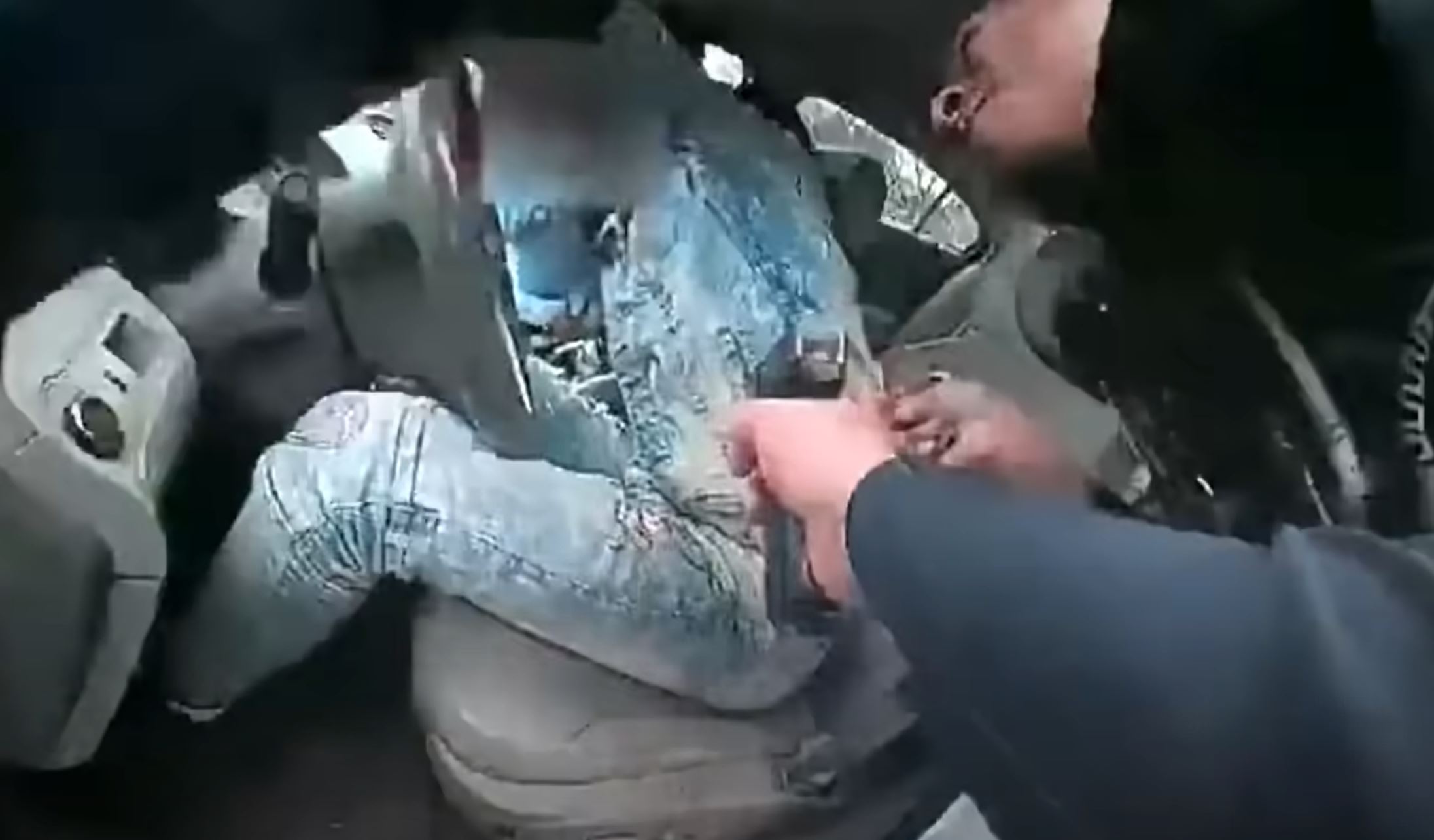 BROOKLYN CENTER, Minn. (AP) — The police officer who fatally shot a Black man during a traffic stop in a Minneapolis suburb apparently intended to fire a Taser, not a handgun, as the man struggled with police, the city’s police chief said Monday.

Brooklyn Center Police Chief Tim Gannon described the shooting death Sunday of 20-year-old Daunte Wright as “an accidental discharge.” It happened as police were trying to arrest Wright on an outstanding warrant. The shooting sparked protests and unrest in a metropolitan area already on edge because of the trial of the first of four police officers charged in George Floyd’s death.

After firing a single shot from her handgun, the car speeds away, and the officer is heard saying, “Holy (expletive)! I shot him.”

The governor instituted another dusk-to-dawn curfew, but hundreds of people gathered outside the Brooklyn Center police station Monday night, separated from dozens of officers by a chain-link fence, well past the 7 p.m. deadline. A drumbeat incessantly, and the crowd broke into frequent chants of “Daunte Wright!” Some shouted obscenities at officers.

The crowds remained even after police ordered them to disperse. Officers fired what appeared to be small containers of gas. At least one protester could be heard dissipating the smoke with a leaf blower.

Law enforcement agencies stepped up their presence across the Minneapolis area. The number of Minnesota National Guard troops was expected to more than double to over 1,000 by Monday night.

“We cannot afford to make mistakes that lead to the loss of life of other people,” he said. “We’re going to do everything we can to ensure that justice is done and our communities are made whole.”

Elliott later announced that the city council had voted to give his office “command authority” over the police department.

This “will streamline things and establish a chain of command and leadership,” he wrote on Twitter. He also said the city manager had been fired, and that the deputy city manager would take over his duties.

The reason behind the firing was not immediately clear, but the city manager has control of the police department, according to the city’s charter. Now-former City Manager Curt Boganey, speaking earlier Monday to reporters, said the officer who shot Wright would get “due process” after the shooting.

“All employees working for the city of Brooklyn Center are entitled to due process with respect to discipline,” he said.

Gannon said at a news conference that the officer made a mistake, and he released the body camera footage less than 24 hours after the shooting.

The footage showed three officers around a stopped car, which authorities said was pulled over because it had expired registration tags. When another officer attempts to handcuff Wright, a second officer tells Wright he’s being arrested on a warrant. That’s when the struggle begins, followed by the shooting. Then the car travels several blocks before striking another vehicle.

“As I watch the video and listen to the officer’s command, it is my belief that the officer had the intention to deploy their Taser but instead shot Mr. Wright with a single bullet,” Gannon said. “This appears to me from what I viewed and the officer’s reaction in distress immediately after that this was an accidental discharge that resulted in the tragic death of Mr. Wright.”

Wright died of a gunshot wound to the chest “and manner of death is homicide,” the Hennepin County Medical Examiner’s office said in a statement.

A female passenger sustained non-life-threatening injuries during the crash, authorities said. Wright’s mother, Katie Wright, said that the passenger was her son’s girlfriend.

The state Bureau of Criminal Apprehension was investigating.

Court records show Wright was being sought after failing to appear in court on charges that he fled from officers and possessed a gun without a permit during an encounter with Minneapolis police in June. In that case, a statement of probable cause said police got a call about a man waving a gun who was later identified as Wright.”

Wright’s mother, Katie Wright, said her son called her as he was getting pulled over.

During the call, she said she heard scuffling and then someone saying “Daunte, don’t run” before the call ended. When she called back, her son’s girlfriend answered and said he had been shot.

His brother, Dallas Bryant, told about a hundred people gathered for a candlelight vigil Monday evening that Wright sounded scared during the phone call, and questioned how the officer could accidentally reach for a gun instead of a Taser.

“You know the difference between plastic and metal. We all know it,” he said.

“We do know that the anger, pain and trauma amidst the Black community is real,” Biden said from the Oval Office. But that “does not justify violence and looting.”

Demonstrators began to gather shortly after the shooting, with some jumping atop police cars. Marchers also descended on the city’s police headquarters, throwing rocks and other objects. About 20 businesses were broken into at the city’s Shingle Creek shopping center, authorities said.