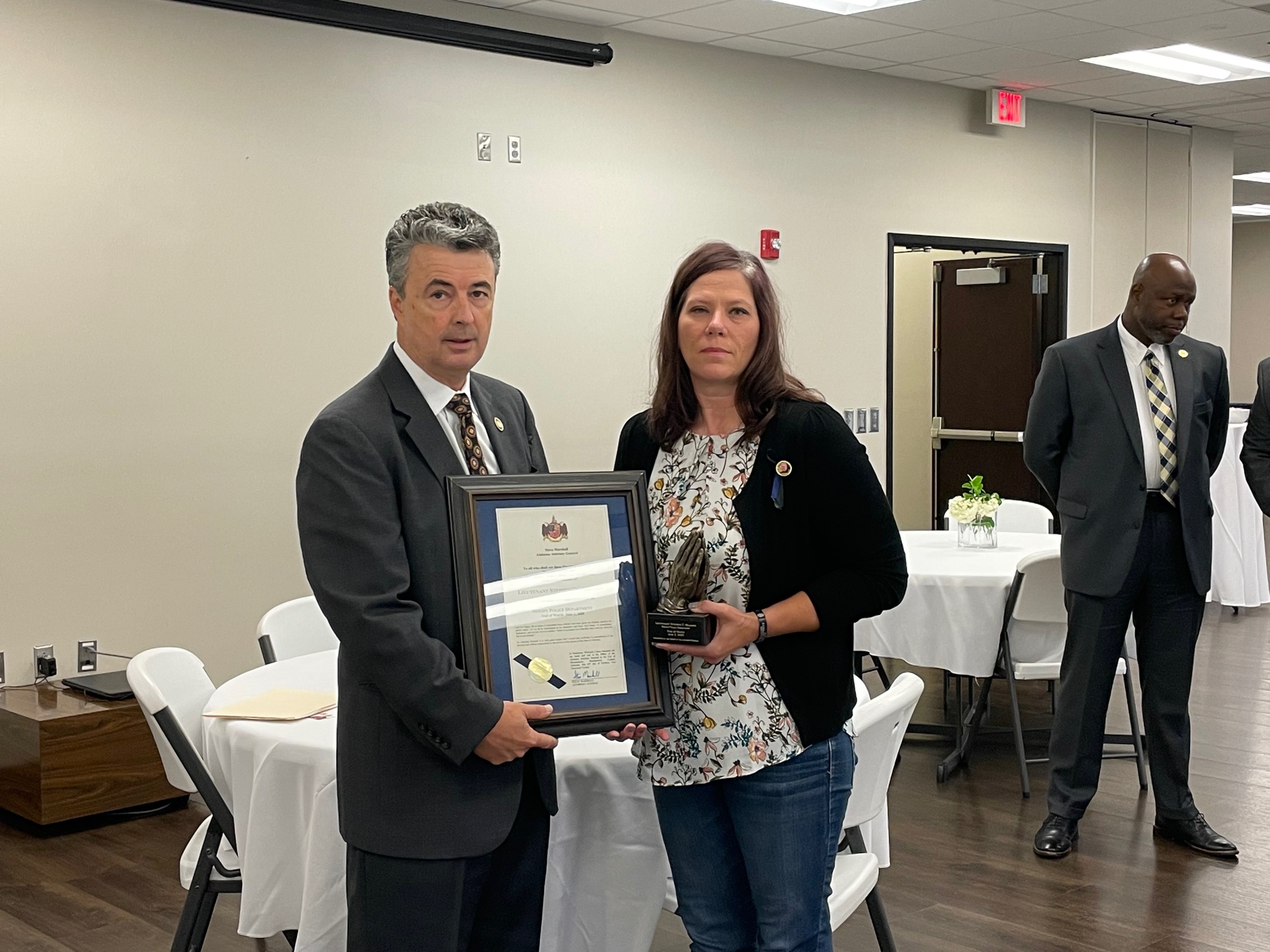 Marshall spoke about the ultimate sacrifice Williams gave for his community and offered a commemorative plaque to Williams’ wife, Michelle.

“Here in Moody, Sgt. Williams was attempting to do his job and do it well and lost his life, so I wanted to be able to acknowledge him and his family that that memory is still attained,” said Marshall on Wednesday.

Williams lost his life in the line of duty on June 2, 2020 while responding to a call for a disturbance at the Super 8 hotel, located on Moody Parkway. He was killed following a shootout at the hotel. Authorities say he was shot on arrival that Tuesday night.

“As we approach the year anniversary of the loss of Stephen Williams, our department is still healing,” said Hunt. “We think about him daily. With COVID that’s happened this past year, we’re still waiting for the (court process) to play out.”

Both Tapero Corlene Johnson, 27, and Marquisha Tyson, 28, face a capital murder charge in the killing. The pair was taken into custody following a long standoff at the hotel on the night of the shooting.

The Attorney General plans on making similar appearances for seven other officers who lost their lives in 2020, either to violent crimes (five) or COVID-19 (three). Marshall was in Kimberly last Tuesday to remember slain officer Nick O’Rear.

“We all hope that there will be a time in which we do not have to have ceremonies like this, where we honor those that have been lost, but the reality is that Alabama and this entire country has lost far too many,” said Marshall. “We have men and women every day who come to work, not for fame or fortune, but to be able to protect and serve. Within that is inherently the risk of life for those who simply want to serve their community.”

Marshall says the recent rise in violence against law enforcement officers can be explained by the public’s lack of respect for them.

“I would hope that that’s going to change,” he continued. “I think Alabama has been a better example than we’ve seen in certain situations nationally, but the reality is that law enforcement truly serves that line between order and chaos. If law enforcement is not able to do their jobs effectively, that’s when you see violent crime rates rise.”