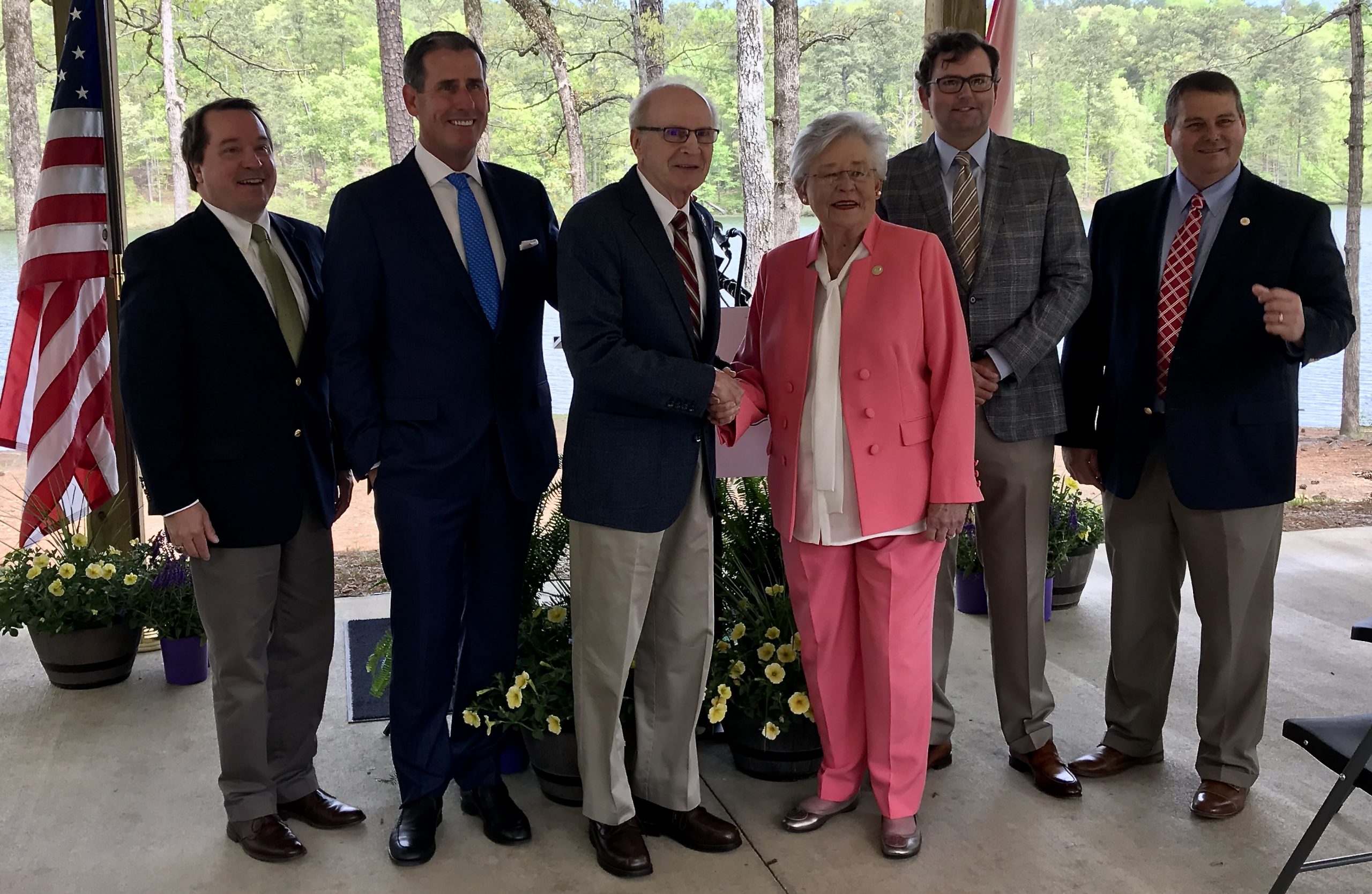 The governor spoke about an $80 million bond issue for park improvements that must be approved by voters through a constitutional amendment in 2022 if the state legislature approves it this session.

“Alabamians love and cherish the State Parks, and we must make sure they are maintained and available for generations to come,” Ivey said. “I support the use of state bonds to make the needed enhancements throughout the state parks system.”

In addition, the non-profit Alabama State Parks Foundation announced the launch of its corporate giving campaign with a goal of raising an additional $14 million for park improvements.

The ASPF kicked off its corporate giving campaign with pledges of $250,000 by Buffalo Rock Company and $100,000 from the Alabama Power Foundation. The ASPF set a goal of raising $14 million in corporate donations in the next five years.

“We believe this innovative public-private partnership will maximize our efforts to help the Alabama State Parks system maintain its place as one of the state’s true treasures.”

The new bond issue and ASPF’s fundraising are expected to fast-track projects to expand campgrounds, add cabins and improve internet connectivity, among other priorities.

A majority of funding for State Parks – 80-to-90 percent annually – is generated through user fees for rental, lodging, golf and other amenities in the parks. The system’s finances can also be impacted unexpectedly, such as the tornado that damaged Oak Mountain last month, Hurricane Sally damaging Gulf State Park in Gulf Shores last fall, and another tornado wreaking havoc on the campground and day-use areas at Joe Wheeler State Park in December 2019.

The State Parks attracted a record 6.27 million visitors in fiscal year 2020, and enhancing facilities or building additional ones should help that number continue to grow.

“Our state parks system is run as efficiently as ever, but there are plenty of needs in every one of the 21 parks — both the small and larger parks,” said Chris Blankenship, Commissioner of the Alabama Department of Conservation. “What Governor Ivey and the Alabama State Parks Foundation have done is create a funding framework for how we can modernize and enhance an already dynamic State Parks system and make it better than ever.

“We plan to be good stewards of the taxpayers’ money, as well as funds so generously donated by the corporate community,” Blankenship continued. “Our state parks offer so many amazing outdoors adventures for all Alabamians, and we appreciate so many people working so hard to help us continue that legacy.”