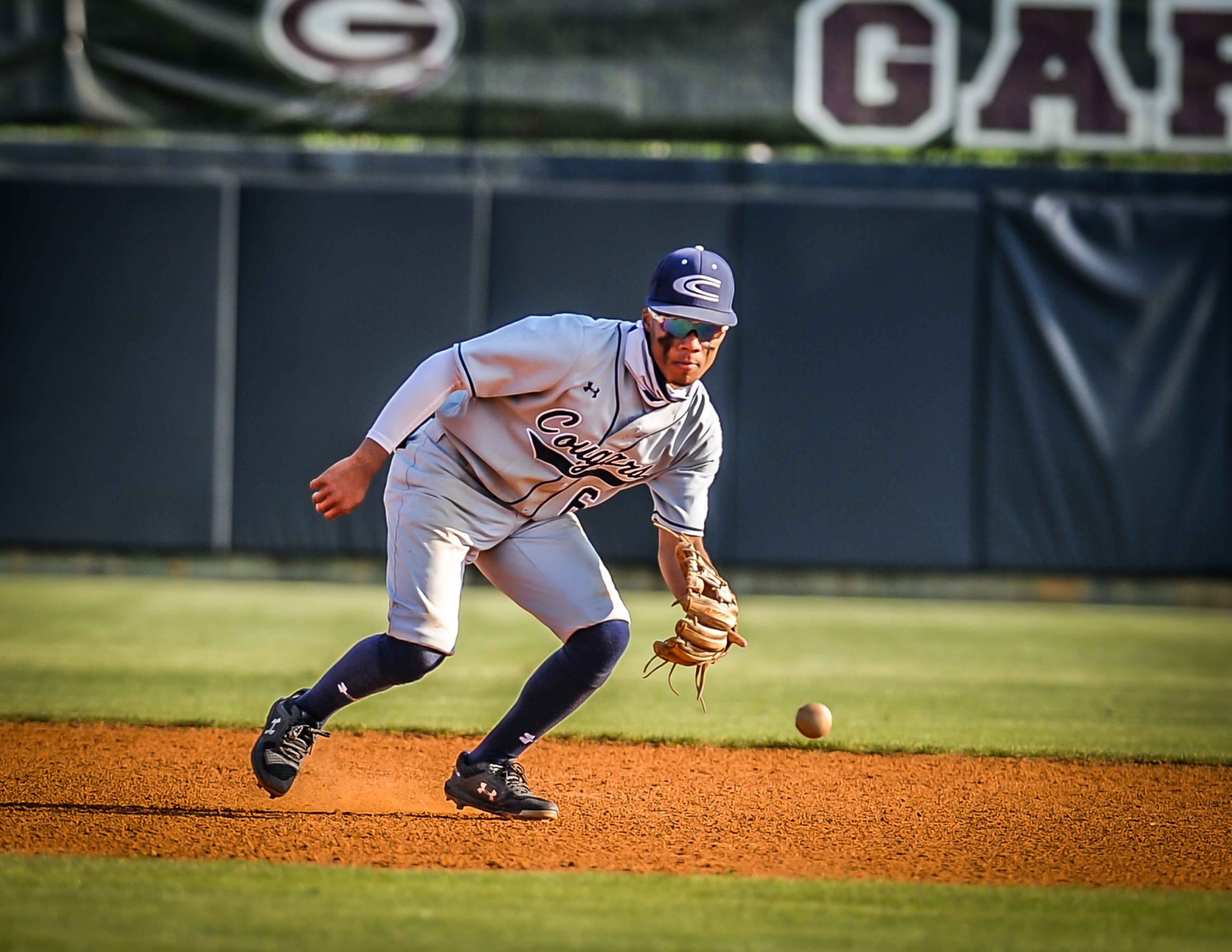 Clay-Chalkville infielder approaches a ground ball during an area game in Gardendale on April 6, 2021. Photo by Vickie Unlap

Thursday’s local baseball roundup includes a playoff-clinching victory for Springville, an extra-innings battle between Clay-Chalkville and Pinson Valley, and a two-game split between Hewitt-Trussville and Vestavia Hills.

The Springville baseball team tore its way past Pell City on Thursday night to secure a spot in the Class 6A playoffs. Jake Goolsby doubled and drove home three runs, Brady Gillespie pitched a two-hit shutout and the Tigers pulled away with an 8-0 victory.

The Tigers (19-10, 4-2) also bumped Pell City in the Area 13 series opener on Tuesday, 3-1. Springville will qualify for the playoffs as the area runner-up behind Oxford.

On Thursday, it was a red-hot start that set the tone, as Springville crossed four runs in the first and later went to the fourth leading 8-0. That score would go final.

Gillespie allowed only four Panthers to reach and stranded each of them on base to secure the shutout. He finished with two strikeouts, and issued 18 groundout/flyouts.

Payne Bryan matched Goolsby with a double and three RBIs for the Tigers.

The rubber match went into extras tied at 5 and Clay-Chalkville finished it off with eight runs in the top of the eighth to win 13-5.

Josh Ervin was big for the Cougars with two hits and five RBIs. Braxton Russell and Kobe Lewis pitched in with three hits and two RBIs apiece for Clay-Chalkville.

The playoffs are no longer in play for the Cougars or the Indians, as Area 12’s two postseason slots have been filled by area champion Gardendale and runner-up Mortimer Jordan.

Major Yancy delivered two hits and three RBIs in Game 1 to go with four hits and two RBIs from Matt Johnson. Andrew Goodwin slapped in two runs in the series-clencher on Thursday.

Top-ranked Hewitt-Trussville and No. 7 Vestavia Hills split their two-game Class 7A, Area 6 series this week. The Huskies (25-3, 3-1) won the opener 9-1 on Tuesday and the Rebels took Game 2 by a final of 6-2 Thursday night in Trussville.