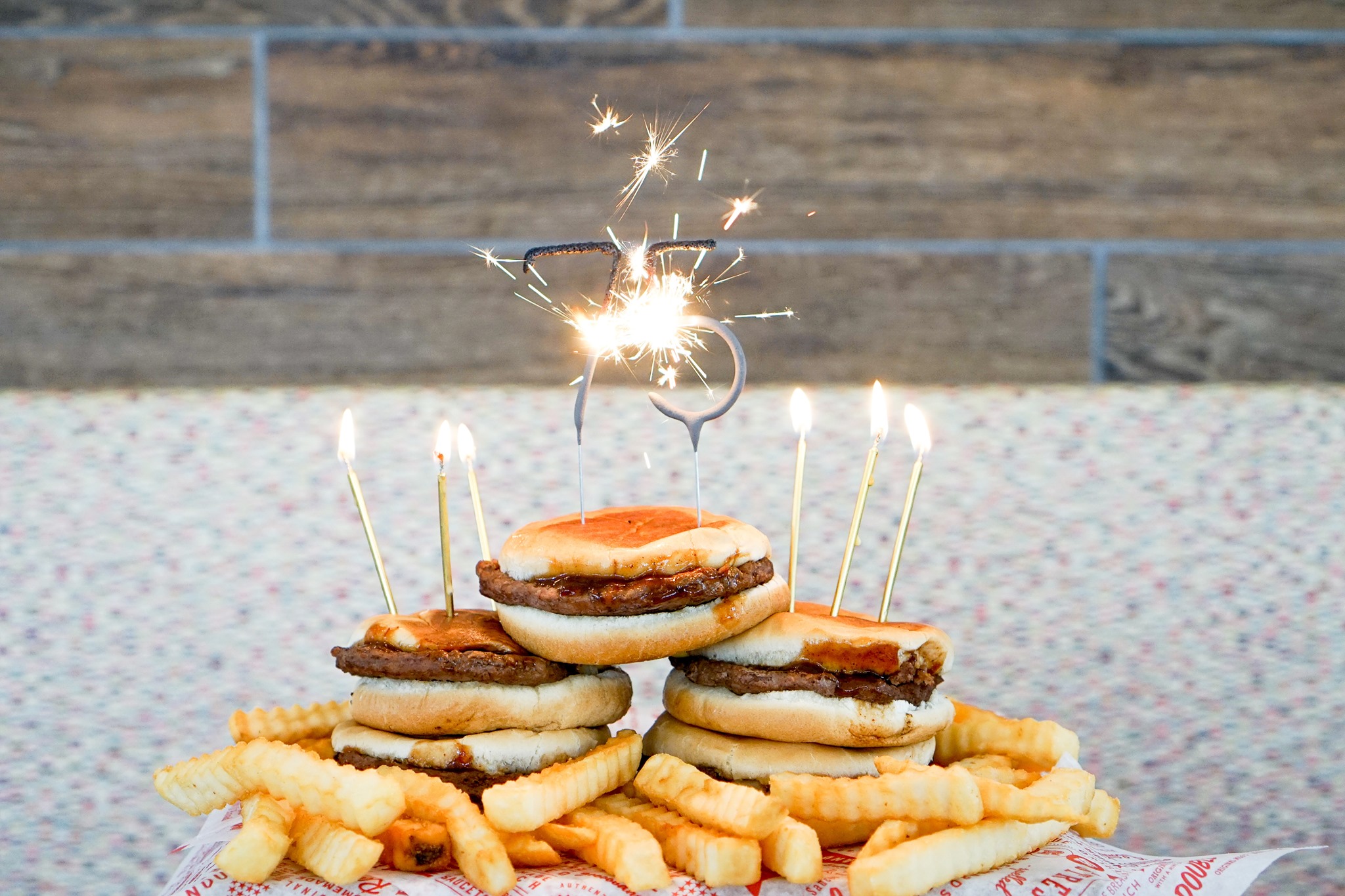 TRUSSVILLE — Milo’s Hamburgers is celebrating its 75th anniversary on Friday, April 16, 2021, with a special treat for guests.

The restaurant chain is offering 75-cent original hamburgers and original cheeseburgers for dine-in and drive-thru guests across its 21-store footprint in Greater Birmingham and throughout Central Alabama.

All locations are participating with select stores offering its new chicken nugget samples to guests waiting in line. Each location will be decked out with balloons and other festive decorations with Milo’s team members wearing the traditional, paper folded hat to signify the early days of Milo’s Hamburgers dating back to 1946.

“Milo’s rich history began with our founder, Milo, and his belief in providing ‘a little something extra’ to all of his guests,” said Milo’s CEO Tom Dekle. “As we celebrate 75 years at Milo’s, we’re proud we’ve stayed true to our roots while also continuing to innovate with new products like our chicken nuggets. We look forward to what the next 75 years will bring for Milo’s, our loyal customers and devoted communities.”

Milo Carlton honed his burger craft as a mess cook in the U.S. Army and opened his first burger shop in 1946. He spent the first summer testing and perfecting the secret sauce still in service today. To thank his guests for what they gave to him, Milo always put an extra piece of meat on top of his saucy burgers, providing customers with “a little something extra.”

“What started as an extra piece of meat on each burger has grown into a core aspect of Milo’s business and community philosophy by always giving a little something extra in anything we do – whether feeding our loyal customers or going the extra mile to give back to local communities,” said Marketing Director Mary Duncan Proctor. “To continue Milo’s legacy in providing ‘a little something extra’, we developed the LSE Foundation to create educational growth opportunities within our communities.”

A recent winner of AL.com’s fast food bracket, Milo’s has slowly introduced its new chicken nuggets across communities by offering “Nug Bus Takeovers” on the Milo’s Original Burger Bus, allowing customers the opportunity to sample free nuggets at a location nearest them. Follow @milosogburgerbus to find out when a Nug Bus Takeover is coming to a neighborhood near you.