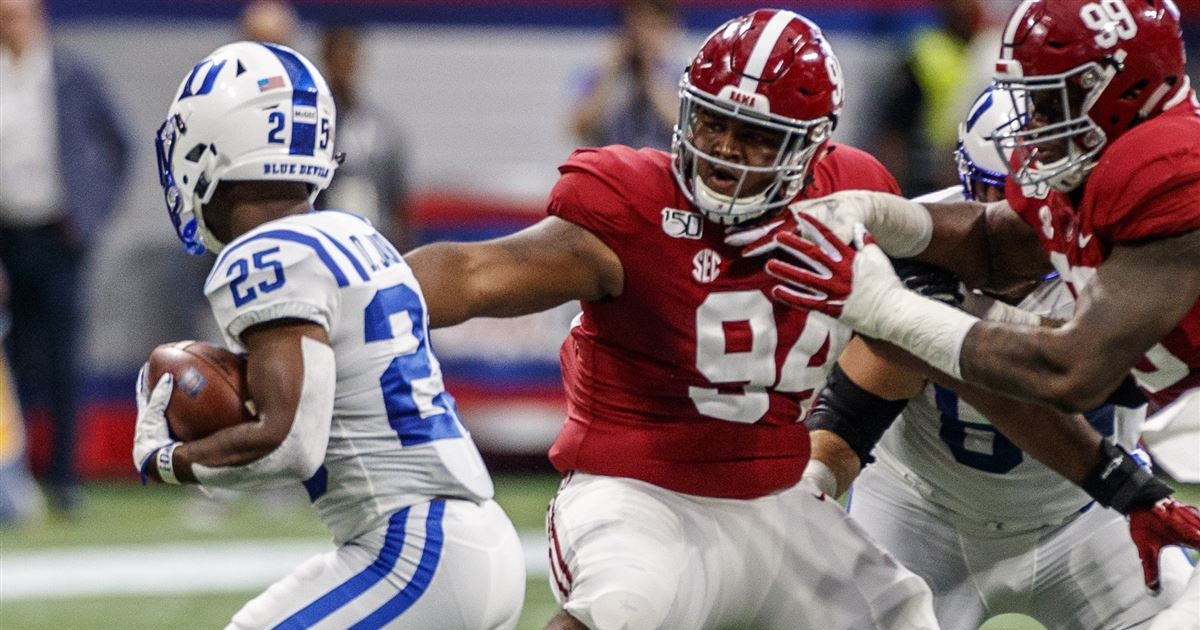 Despite the circus catches and big hits, Dale stole the show in Bryant-Denny Stadium. The Crimson Tide defensive tackle, a former all-state player at Clay-Chalkville High School, surprised his girlfriend with a proposal and he got the answer he was looking for.

An on-field video catches Dale as he holds her hand, drops down to one knee and pops the question. She said yes.

Dale, a rising junior, also joined Justin Eboigbe and Byron Young as this year’s Billy Neighbors Defensive Lineman Award recipients. The Clay-Chalkville product has been a regular on Alabama’s defensive front for the past two years, logging 10 starts in an injury-shortened freshman year and recording 22 tackles in 13 games played last year for the SEC and national champs.