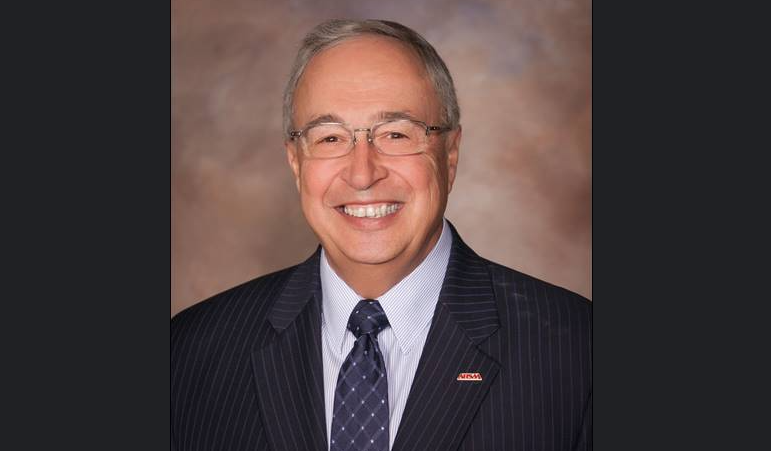 MONTGOMERY – Alabama High School Athletic Association Executive Director Steve Savarese has announced his plans to step down from the position he has held for the last 15 years. He made the announcement at Wednesday’s annual Central Board of Control spring meeting.

His exit becomes effective July 1. Savarese did agree to remain in the position at the pleasure of the CBOC until his replacement has been hired and has had ample time to adjust to the position.

Savarese became just the fourth full-time Executive Director of the 100-year old organization in 2007. He said his 47 years as an educator has been a long and very positive journey.

“It’s now time for me to devote my time to my family,” he said. “I’ve had an awesome time, teaching, coaching, serving as an administrator, and most humbly serving as the Executive Director of the AHSAA. To follow icons such as Cliff Harper, Bubba Scott, and Dan Washburn has been the greatest honor of my life.

“Professionally, I would not change anything regarding my career. I genuinely feel as if I’ve never worked a day in my life. I’ve tried to approach each day knowing that nothing worthwhile was ever achieved without enthusiasm. God has truly blessed me.”

Central Board President Van Phillips admits his board faces a very difficult task ahead.

“We think Steve Savarese is the best at his position in the nation,” Phillips said. “But we will do our due diligence to find his replacement. The Central Board will begin immediately its search for the next executive director.

“First, as president of the Central Board of Control, I want to thank Steve Savarese personally and publicly for making this association the best high school athletic association in the nation. He is leaving big shoes to fill but all I can ask is for him not to go too far. We will always want and need his advice as we move forward.”

He said Savarese’s commitment to the AHSAA’s mission has kept the association moving forward.

“I want to express just how much we admire Steve Savarese and the work he has done protecting this association, constitution and by-laws always and standing tall for what is right. His positive impact has changed the lives for so many student-athletes and adults alike.

“We wish him the very best as he prepares for the next chapter of his life. We pray God will continue to bless him and his family.”

Savarese’s tenure has been highlighted by many major achievements including the introduction of the AHSAA’s widely acclaimed Revenue Share initiative that has provided more than $16,000,000 back to the member schools since 2010. His business acumen has put the AHSAA in its best financial shape in history.

Savarese also moved the Super 7 Football Championships to a rotating schedule between the University of Alabama’s Bryant-Denny Stadium and Auburn University’s Jordan-Hare Stadium by bringing the cities of Tuscaloosa/Northport and Auburn/Opelika together. Beginning next fall, Birmingham’s soon-to-be-completed Progressive Stadium will join the rotation. He also secured outstanding venues for all AHSAA sports championships – providing most positive life-long memories for the student-athletes, coaches, schools and communities.

Through his guidance, the AHSAA upgraded its technology through components such as C2C and DragonFly to successfully move the organization into the 21st Century. The online eligibility component is one of the most advanced in the nation. His vision led the AHSAA to be the first state association to join the NFHS Network. More than 300 of the member schools have joined the NFHS Network School Broadcast Program, More than 10,000 events will be livestreamed this school year by AHSAA member schools and its student broadcasters – and is generating  much-needed revenue back to the member schools in the process.

Savarese thanked the Central Board for their confidence and support.

“To the Central Board of Control, thank you for the opportunity of a lifetime. Beginning with President Richard Robertson, and all the original board members (in 2007) who had confidence in me, and to our current board members under the leadership of President Van Phillips, thank you for your unwavering support but most of all, for your resolve in upholding our schools’ bylaws,” he said. “Every board member has unequivocally upheld the constitution and bylaws while providing more lifetime opportunities for our students. Your contributions to this 100-year-old Association are evident by the passion Alabamians have for high school athletics.”

Savarese said he has so many others to thank for a career he has cherished.

“God has truly blessed me. I’ve treasured every professional opportunity granted to me, starting in Kansas – and in Alabama from Ensley, to Benjamin Russell, to Daphne and McGill-Toolen. I loved every school and community, but most importantly, my students. Students were the highlight of my career and those relationships remain honored and treasured. I know I am a better person because of everyone I was blessed to work with, faculty, administrators, and support staff — particularly the young people.”

“The true servant in our family is my wife Beth,” Savarese said. “For 45 years she has sacrificed so I could chase my professional dreams. She is absolutely the best spouse I could ever ask for. She has shared this journey with me every step of the way – to 1000’s of events.

“Our children, now our grandchildren, unselfishly watched their father and grandfather spend most of his time with others — now it’s their turn, for however as many days God will provide me.”