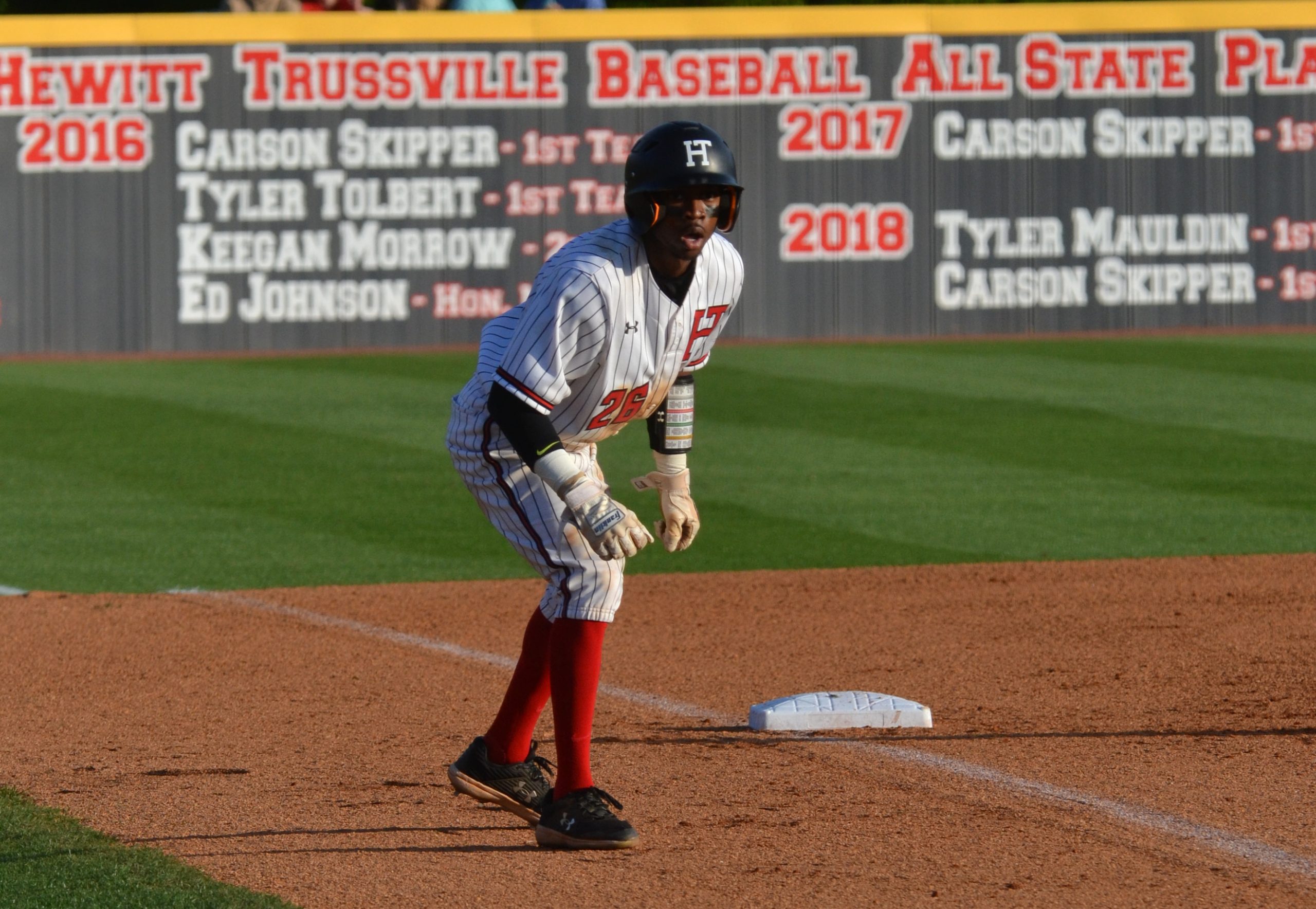 Hewitt-Trussville senior Trey Burrell takes his lead from third during a home game on April 15, 2021. Photo by Erik Harris

The Hewitt-Trussville baseball team claimed a key area win against Spain Park on Tuesday, while Springville earned its 20th win at home against Leeds.

Kurt Kizer connected with the go-ahead knock on Tuesday night in Hoover.

The sophomore infielder doubled home two runs in the top of the seventh inning to break a tie and send top-ranked Hewitt-Trussville home with a 4-2 Area 6 win. His game-winning smack went back up the middle to score Trey Burrell and Ethan Duhon, who started the inning with a single and a walk, respectively.

The game remained scoreless until the top of the fifth when the Huskies (26-3, 4-1) struck for a pair thanks to a sacrifice fly from Matt Miller and a passed ball that scored Duhon. No. 10 Spain Park would even things back up at 2 after loading the bases in the sixth. Riley Quick walked in the first Jaguar run and Joseph Green sent the second in with a hit-by-pitch.

The win guarantees Hewitt-Trussville a spot in the Class 7A state playoffs.

A six-run third inning was all Class 6A Springville needed against Class 5A No. 3 Leeds on Tuesday. Five different Tigers knocked in runs to break a scoreless tie and Springville marched on to a 6-1 home win.