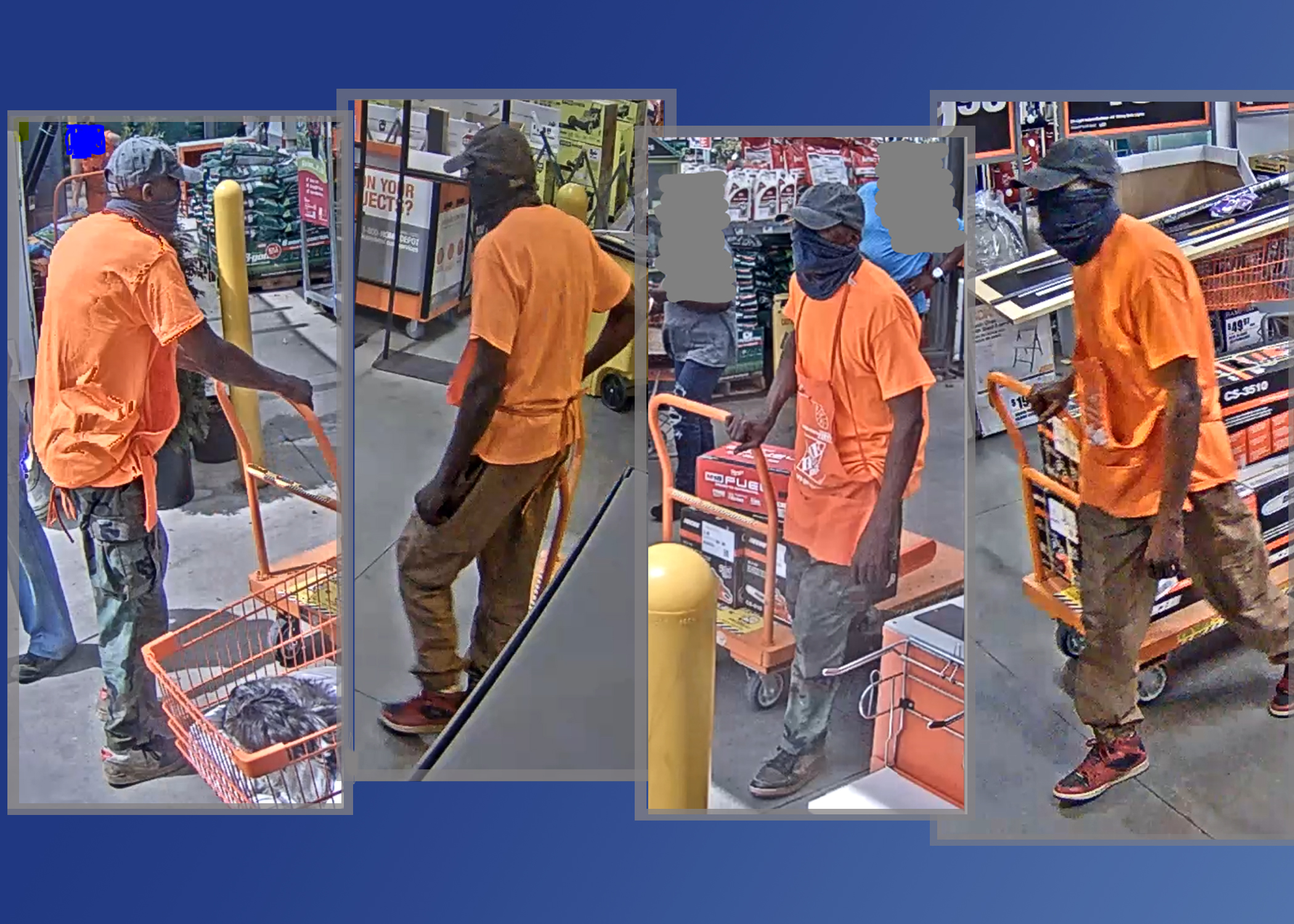 TRUSSVILLE — The Trussville Police Department released images of a man suspected in the theft of eight chainsaws from Home Depot, on two different occasions.

According to a police report, the man entered the store, on both occasions, wearing a Home Depot apron. He gathered the chainsaws on a flat cart and left the store without paying. He was driving a gray Chevrolet Malibu.

The man could face theft of property second-degree if captured. If you have information, call police at (205) 655-2101.