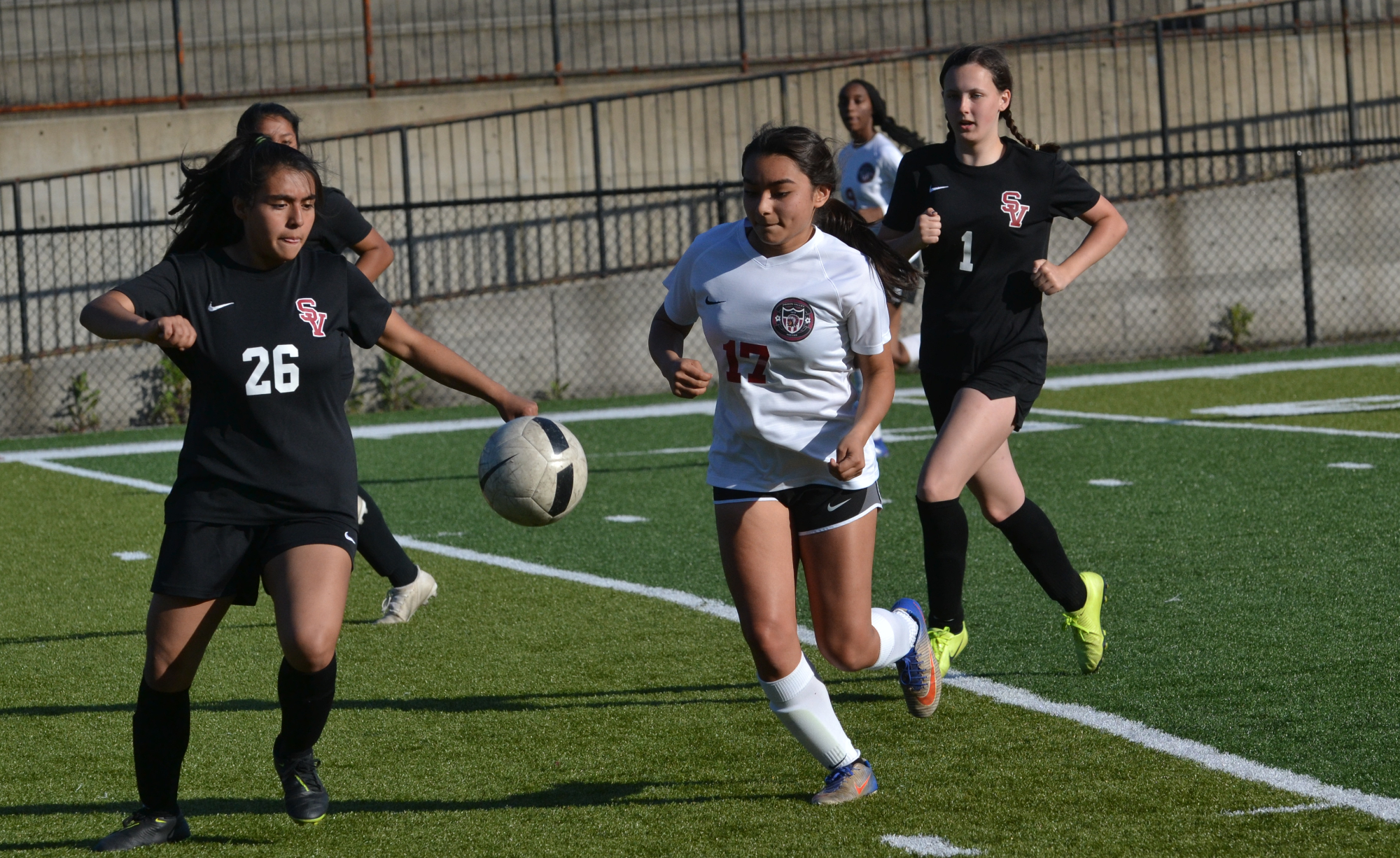 IRONDALE — The Pinson Valley girls soccer team saw its season come to an end on Thursday night in the first round of the Class 6A state playoffs.

The Area 12 runner-up Indians surrendered their first goal less than 10 minutes into the game and were unable to answer, as Area 11 champion Shades Valley pulled away with a 4-1 victory in Frank Nix Stadium.

For the homestanding Mounties, freshman Caileigh Moose and senior Rhianna Helmers provided the juice with two goals apiece in the postseason opener. Moose struck first with 30:20 remaining in the first half and later started the second half with her second goal, pushing the lead to 3-0 with nearly 35 minutes remaining.

Helmers’ first goal found the net in the closing second of the first half. She dribbled it left of the goal and curved it inside the post with nine seconds remaining until intermission. Shades Valley went to the break with a 2-0 advantage. 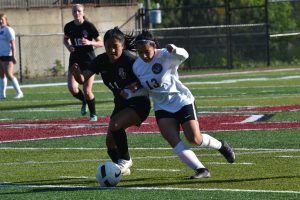 Helmers stretched the lead to 4-0 off a free kick with 9:33 left in the game. That’s when Pinson Valley came to life with a pair of late goals, as Jinya Murrell and Cristal Zotea took turns finding the net in the closing minutes.

It was, however, too little, too late for the Tribe. Shades Valley now moves into the second round of the playoffs where the winner of Homewood-Jasper awaits next week.

In the second part of a playoff doubleheader in Irondale, the Clay-Chalkville boys knocked off Shades Valley 3-0 to punch their ticket to the second round.

Uriel Garcia-Ezquerra propelled the Cougar offense with a hat trick, while goal keeper Jaren Van Winkle and the Clay-Chalkville defense pitched a road shutout. Two of Ezquerra’s goals came in the second half; the first off a PK with 27 minutes remaining and the second off a contested drive into the box with 12 minutes left.

Next week in the second round, Ezquerra and the Cougars will draw Homewood, who bumped Minor 8-0 on Thursday night.

The Class 6A, Area 12 champions will now look to a second-round matchup against the winner of Gardendale-Mountain Brook.

The Springville boys saw their season come to an end with a 2-1 loss at Hartselle, while the Springville girls fell by a count of 4-0 at Cullman. The Moody girls lost to Area 10 runner-up Lincoln, 4-3.