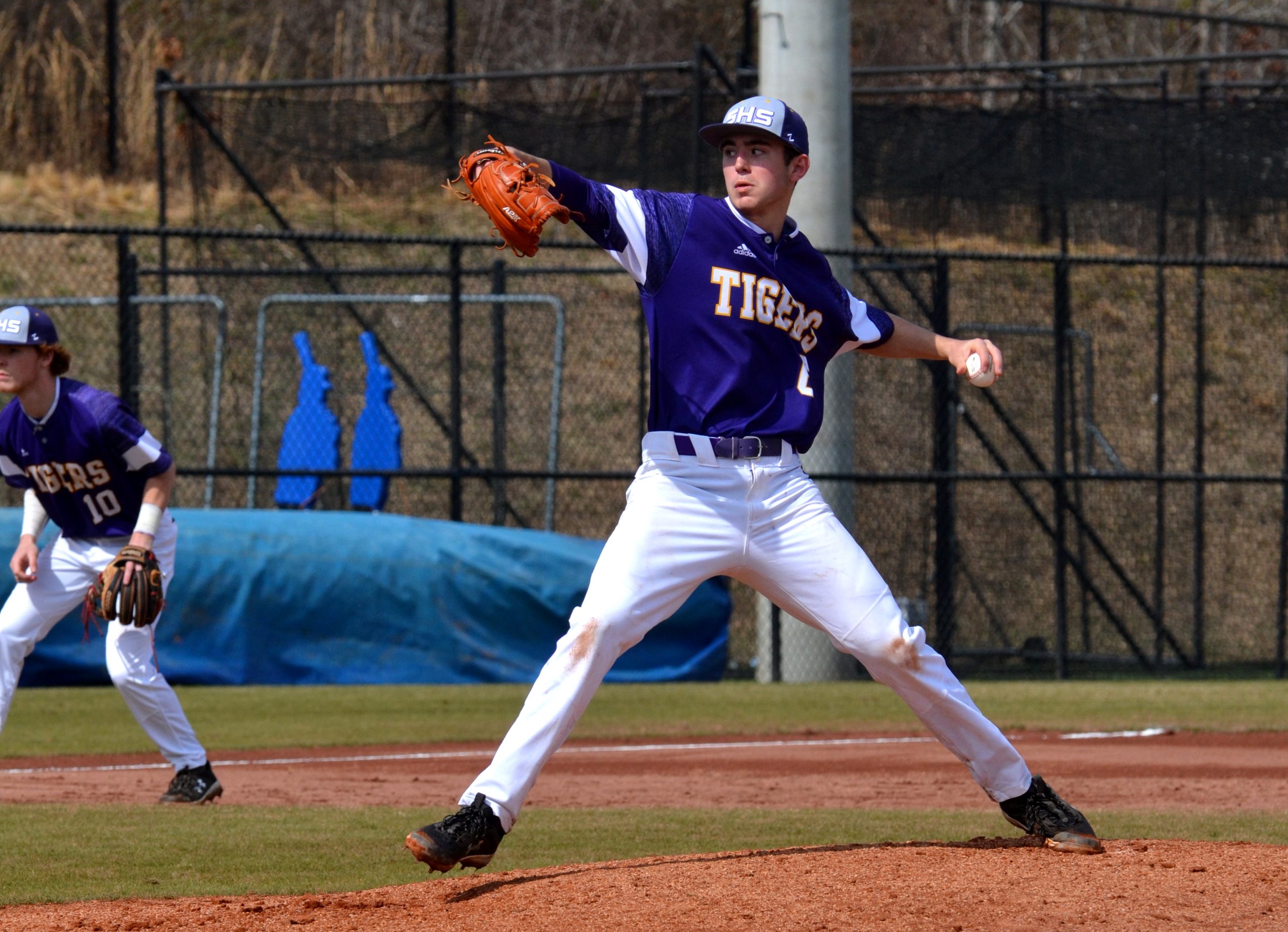 Springville lefty Brady Gillespie delivers a pitch during a game on Feb. 27, 2021. Photo by Erik Harris

High school baseball season is switching into postseason mode with a trio of local clubs stepping into playoff action in the coming days.

Each playoff series is decided by a best-of-three format.

Class 5A No. 6 Leeds is set to host Hayden in the first round starting Friday. The Green Wave (23-9) are currently riding a three-game losing streak, but secured home field advantage with a dominant 6-0 run through Class 5A, Area 10, winning their league games by a combined score of 83-8.

Class 6A Springville swept its final two Area 13 series to earn the runner-up playoff invitation behind league champion Oxford. The Tigers (20-11) travel to Fort Payne in the first round tonight.

If the boys can scratch two wins up north, they would advance to face the winner of Gardendae-Minor in the second round next week.

As the Area 6 champion, Class 7A No. 1 Hewitt-Trussville will stay put in the first round next week when Grissom comes to Phil English Field. The Huskies (26-4) are coming off a 4-2 loss to Spain Park in the area finale Thursday night, but still managed the league crown with a mark of 4-2.

Hewitt’s first-round series will begin with a doubleheader on April 30 in Trussville.