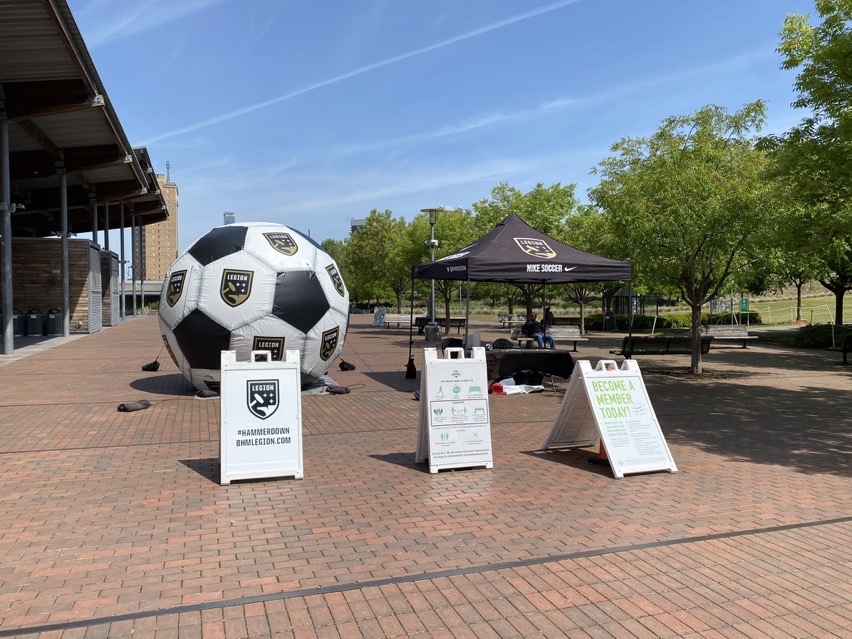 Birmingham Legion to ‘Legion the City’ ahead of 2021 season kickoff

BIRMINGHAM – Birmingham Legion FC – the city’s own professional USL soccer club established in 2018 – will canvas areas of Birmingham this week as they “Legion the City” ahead of the club’s 2021 season opener on Saturday, May 1, at 6:30 p.m. at BBVA Field.

The visual awareness play will include the placement of an enormous, branded soccer ball in key high-traffic areas each day this week, as well as the chalk-based application of Legion FC logos on sidewalks downtown and various locations.

The Legion FC-branded soccer ball can be seen at the following locations this week:

In addition to the soccer ball tour, Legion FC-branded sidewalk stencils were recently applied around the greater Birmingham area. According to the club, “Legion the City” is in honor of Legion FC’s May 1, 6:30 p.m., season opener vs. Indy Eleven at BBVA Field, and the start of the club’s third season in Birmingham.

As spectators make their return to live soccer play, Legion FC seeks to enhance community excitement among seasoned and new soccer fans alike through this unique and visual awareness activation.