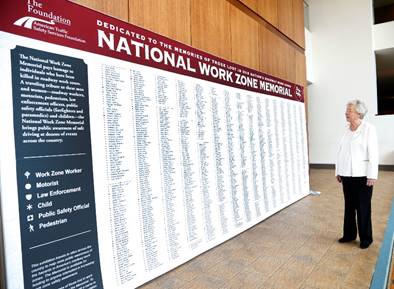 Governor Kay Ivey looks on at the National Work Zone Memorial during its visit to Montgomery, Ala. in 2018. Photo: ALDOT.

MONTGOMERY — The Alabama Department of Transportation (ALDOT) honored a worker killed on duty by celebrating a National Work Zone Memorial. Leo H. Fournier, Jr. was added to the memorial.

Fournier was killed in 2017 while working on the Atlanta Highway in Montgomery. A drunk driver struck him and two other survey crew members on the side of the road.

“Fournier graduated from Tuskegee University where he earned a Bachelor of Science in mechanical engineering,” ALDOT said in a press release. “He worked for ALDOT for almost 9 years and previously worked with Ford Motor Company as a supplier quality engineer in Detroit, Michigan and as a quality engineer with T&WA in Montgomery. He was married and was an avid reader, a sports enthusiast and loved to travel.”

As for the driver of the car that hit the ALDOT workers, James Overstreet, of Louisiana, pleaded guilty to reckless manslaughter and assault. He was sentenced to 20 years in prison for each charge and will be allowed to serve those sentences concurrently. 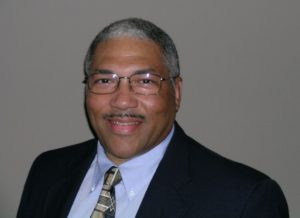 The National Work Zone Memorial is an exhibition that travels to communities across the country to help raise public awareness of the hazards in America’s roadway work zones. It is inscribed with more than 1,500 names, honoring those who died in work zones, including work zone workers, motorists, pedestrians, law enforcement officers and public safety officials. The memorial pays homage to the memory of the lives lost by displaying their names on a traveling tribute to continuously honor them.

The week of April 26-30 is National Work Zone Safety Awareness Week. ALDOT and many other states across the country are encouraging drivers to slow down and eliminate distractions in work zones by Moving Over, Slowing Down and Saving Lives.