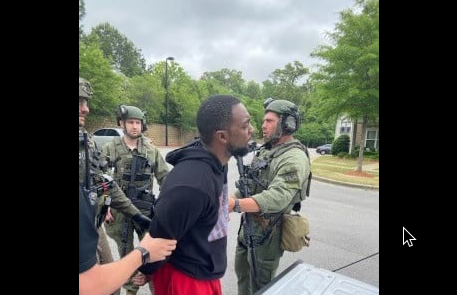 TUSCALOOSA — According to Tuscaloosa police,  the man suspected of causing a fatal crash in during a Vestavia Hills police pursuit in Homewood has been taken into custody in Tuscaloosa. 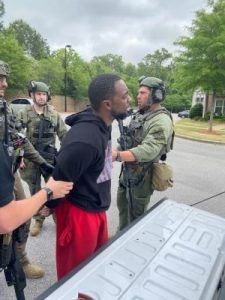 Ricks will be transported to Homewood to face charges of murder and leaving the scene of an accident in the traffic death of Robyn Naftel Herring, 42, of Homewood.

Herring, a UAB nurse practitioner and mother of two daughters, was killed when Ricks crashed into her car while fleeing Vestavia Hills Police Monday night.

Members of the U.S. Marshals Task Force tracked Ricks to an apartment complex off Hargrove Road in Tuscaloosa, police said in a statement via social media. The department’s SRT responded Thursday morning to take him into custody.

Ricks initially refused to exit the apartment, but spoke with negotiators and eventually surrendered about 30 minutes later, without incident.

A VHPD officer pulled Ricks over near Alford Avenue around 6:35 p.m. Monday. The officer was returning to his patrol car when Ricks sped away, exiting off I-65 to Lakeshore Parkway. The officer observed Ricks’ vehicle jump the median and crash into the Jeep Wrangler occupied by the victim, another adult and her two daughters. Ricks fled the wreck on foot running into nearby woods.

The Vestavia officer stopped to render aid to the crash victims. A large parameter was set up by Homewood police, but Ricks escaped capture.