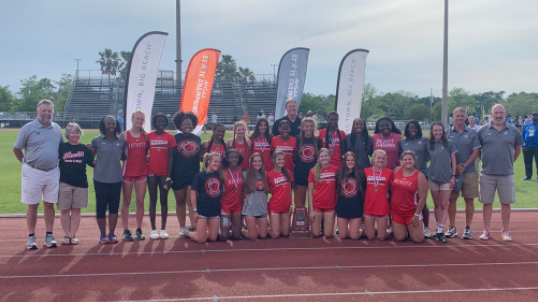 GULF SHORES — The top track and field athletes in Alabama gathered in Gulf Shores this weekend for the 2021 AHSAA State Track and Field Championships in Mickey Miller Blackwell Stadium.

The competition started on Thursday and wrapped up on Saturday, with several local student-athletes finishing atop their respective events. It was a particularly strong showing from Class 7A Hewitt-Trussville, which captured runner-up trophies in both the girls and boys meets. 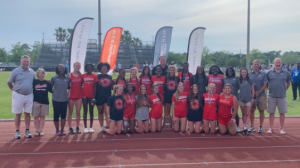 Townsend paired her gold medal with a third-place finish in the discus, while Mills added fifth-place outings in the 1600-meter dash and 400-meter dash.

The Hewitt girls were also aided by Haleigh Chambers, who placed third in the javelin. Tori Mack and Sydney White chipped in with fourth-place results in the 100-meter hurdles and 300-meter hurdles, respectively. 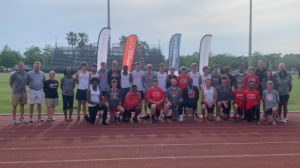 In Class 7A boys action, Hewitt worked a second-place finish behind a strong effort from Alabama signee Julian Collins, who placed first in the long jump, third in the triple jump and 100-meter dash and fifth in the 200-meter dash.

In other action, the Center Point girls finished at No. 5 in the Class 5A meet, while the Clay-Chalkville boys finished fifth in Class 6A. The Cougars took gold in the 4X100-meter relay with a time of 42.24, whild junior Marquarius White claimed second in both the 100-meter dash and 200-meter dash.

Kiyla Calvin led the Eagles with an individual championship in the 300-meter hurdle and a runner-up finish in the 100-meter hurdle to go with a first-place finish from Ambria James in the shot put.