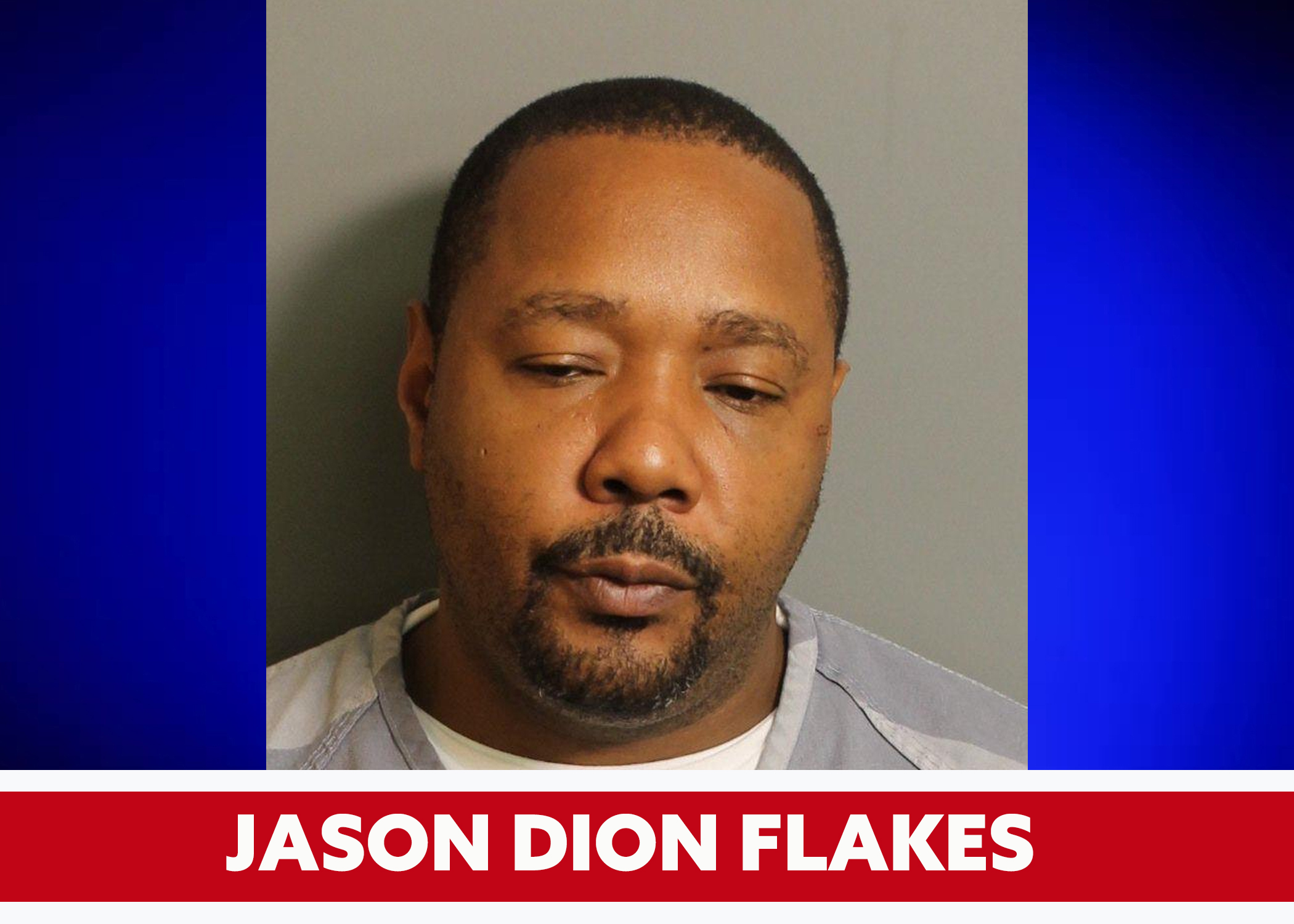 TRUSSVILLE — The Trussville Police Department captured a man wanted by the U.S. Marshals Service during an investigation into reports of increased drug activity at the Quality Inn off Norrell Drive.

Jason Dion Flakes, 41, of Birmingham, is now facing a charge of unlawful possession of marijuana first-degree.

During an investigation at the hotel, detectives spotted Flakes in a hand-to-hand transaction with a female. According to a police report, Flakes left the location and failed to come to a complete stop before exiting the parking lot. He was pulled over on Chalkville Mountain Road at the Interstate 59 South ramp.

The detective discovered Flakes had an outstanding felony warrant with the U.S. Marshals Service for a probation violation in connection to a charge of a felon in possession of a firearm. Flakes was arrested and while searching his car, detectives said they found 21.4 grams of marijuana.

Flakes was taken to the Trussville City Jail to await extradition by the U.S. Marshal’s Service. The Trussville Police Department later obtained a felony warrant for unlawful possession of marijuana first-degree.

Two calls to the Quality Inn Trussville, for comment on increased drug activity, went unanswered due to “technical difficulties.”