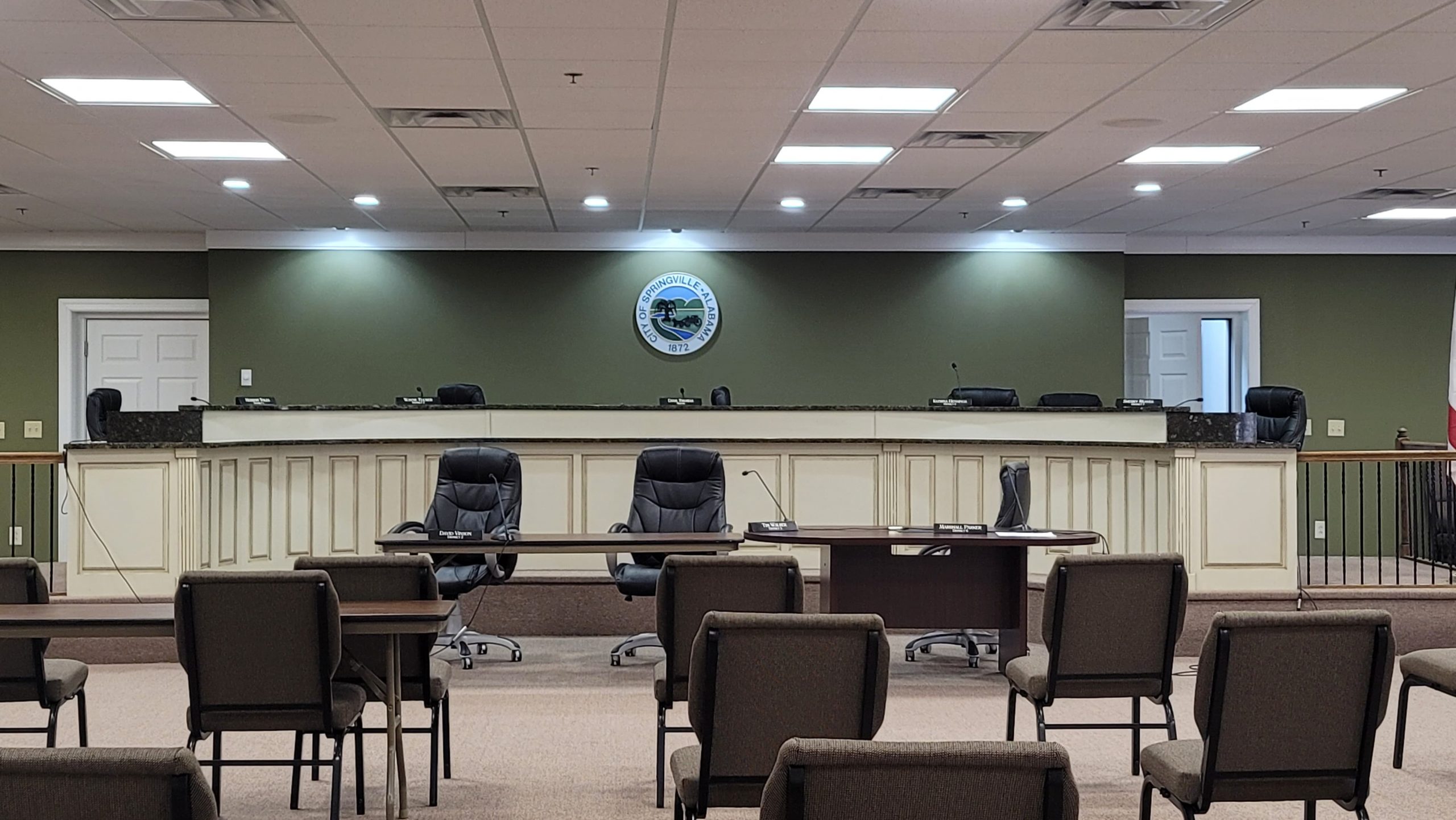 Springville Council approves compensation for municipal judge in May 3 meeting

SPRINGVILLE — The Springville City Council approved the monthly compensation package for Municipal Judge Lee Barnes during the regular meeting on May 3. Barnes, who was appointed at the beginning of Mayor Dave Thomas’ term, is a local attorney who serves the city part-time. Compensation for the position is set at $1,100 per month.

To begin the meeting, the council approved consent agenda items discussed in the pre-meeting work session. The consent agenda included the approval of $200 for two portable toilets and a handwashing station to be used at the Shop Springville event being held by the Chamber of Commerce May 14 through May 16.

The Council approved the renewal of a $6,640 annual HVAC contract with Servco as a consent agenda item.

The Council also approved requests for Public Works Director, Earl Peoples, to proceed with getting bids for a survey to expand the road width on Purple Heart Blvd and to get bids for putting new stripes on Springville Station, the road in from of the Wal-Mart shopping center leading to city sports fields. 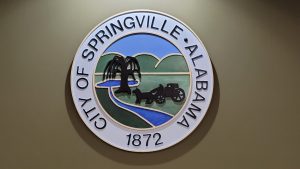 The city previously approved restricting large truck traffic on Purple Heart Blvd. due to the width of the road.

A proposed ordinance to create a four-way stop in the Crandall Crest neighborhood was not approved. Members of the Council debated on whether a stop sign is an effective means of controlling speed and agreed to research other options including posting speed limit signs within the subdivision.

Don Smith, President of the St. Clair County Economic Development Council (EDC), spoke during the meeting to update the city on some of the work of the EDC.

Smith said the EDC has successfully recruited more than $1 billion in new business to St. Clair County. He also said the council conducts a strategic plan every five years to help guide the work of the EDC to focus on changing needs in the communities it serves.

“Every five years we do a strategic plan. This last go around it was obvious around the county that tourism was something they wanted to see the EDC more involved in,” said Smith. “That not just natural tourism but different events that are out there.”

Smith said the EDC hired Blair Goodgame to help promote tourism in St. Clair County including the creation of festivals in cities throughout the county.

Smith said the EDC was very excited about the work being done in the Big Canoe Creek Nature Preserve in collaboration with the State of Alabama’s Forever Wild program and he believes the EDC can help promote tourism at the park when it is open.

The Council plans to review a proposal to purchase historic property in the downtown area in the next regular meeting on May 17.