TRUSSVILLE — The Trussville Police Department has focused heavily on increased drug activity in the area of Quality Inn Trussville and the focus is paying off.

Multiple arrests have been made in the past several weeks. Arrests for drugs have led to the capture of persons wanted by other law enforcement agencies, including the U.S. Marshals Service. Hotel management said they are doing all they can to combat criminal activity. 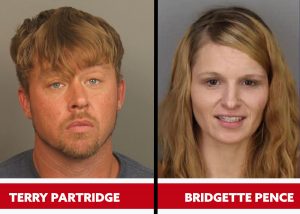 Other calls the police department has responded to in the past year at Quality Inn include calls for possession of marijuana, possession of a controlled substance, domestic violence, theft of property, possession of drug paraphernalia, criminal mischief, receiving stolen property, recovery of a stolen vehicle, disorderly conduct, criminal trespassing, suicide threat, mentally disturbed person, and unlawful use of a credit card.

Although some of the arrests have been for minor offenses, Trussville Police Chief Eric Rush said it is important for people to know that police are out in the community watching areas of suspected drug activity.

“Our department patrols all areas in the city and when our officers find a specific location where suspected drug activity is taking place, our crime suppression detail is called out to mitigate that activity,” Rush said. “There isn’t a safe place in Trussville for criminals to operate.”

Rush said crime activity has increased over the past year.

The Comfort Inn, which is next door to Quality Inn, has had some reports of similar activity but Rush said there haven’t been as many calls from that hotel.

“In 2020, we had seven reports taken at the Comfort Inn versus 21 at the Quality Inn, right next door,” Rush said. “These are not calls taken but reports actually taken.”

Quality Inn is the only hotel in Trussville with room doors opened to the outside. Rush said that doesn’t help when it comes to preventing crime.

“If you can go get a room and just take whomever in there with you without anybody watching you, it is easier to commit crimes,” he said. “Otherwise, you have to go in and go past somebody working the front desk.”

“That’s probably what it is,” Lovell said. “But we have the cameras and we can watch what goes on out there.”

The Quality Inn in Trussville said it was only aware of increased drug activity after reading the story in The Trussville Tribune. They said anytime they find out about criminal activity, they report it to the police immediately. Police have received two calls from the business in the past 40 days. One call was made on April 14, when hotel management could not wake up a person that had overdosed on drugs. The other call was made on May 6 when a domestic disturbance took place outside of the office.

“I always call when I see something,” said Lovell.

Lovell said he thinks the problem also has to do with lower rates at the hotel.

“The main thing is, when you drop your rates down low, you get the kind of people you don’t want,” Lovell said. “And that’s the same rate as Comfort Inn. We have to keep our rates around what they do. If they lower theirs, we have to lower ours.”

Kumar Patel, who is also a manager at the location, said he agrees that lower rates and the outdoor entrance to rooms are the two things they are facing in their efforts to combat criminal activity.

“We want good people in our city,” said Patel. “So, anytime we see any kind of illegal activity, we don’t wait for a second. If we see someone that doesn’t belong in the city, we call.”

When asked if on-site security was an option, Patel said management is on the property 24/7 and there are cameras placed around the outside of the building.

Chief Rush said it is important for hotel management to report all suspicious activity.

“They just have to be vigilant on these things unless they just want it to go on,” Rush said. “We are going to watch it, but we need them to call us. We need them to work with us and cooperate because we can’t see everything that goes on in there.”

Lovell said he was recently arrested himself by Trussville Police, on a drug charge. He denied having drugs on his person, as the officer reported.

“They were pulling everyone over at Walmart after that shooting and I was one of those,” Lovell said.

Lovell is considered innocent until proven guilty and he said his case has not yet been heard in court.

Lovell added that he supports the Trussville Police Department and is thankful for their focus on crime at the Quality Inn. However, he said he would like to see more patrols through the area on the weekends.