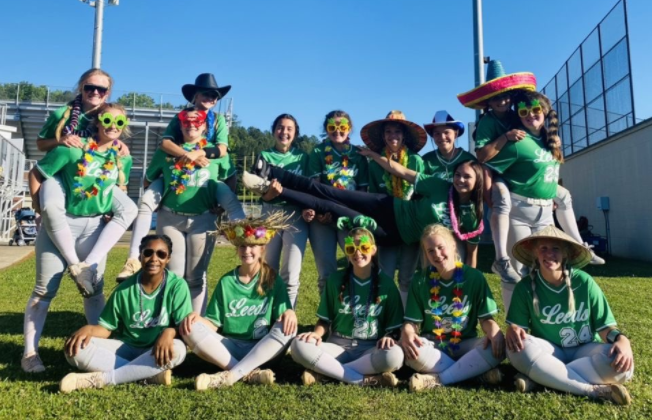 The Leeds softball team poses for a picture during the 2021 Class 5A, Area 10 Tournament. Photo from team's Twitter account

Postseason spots are being booked around the state this week as area softball tournaments are in full swing.

And some of those spots have been filled by local clubs. See below for a rundown on each Tribune-area team. 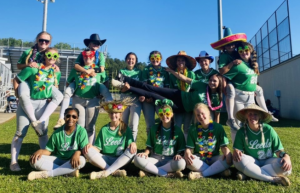 The Leeds softball team poses for a picture during the 2021 Class 5A, Area 10 Tournament.
Photo from team’s Twitter account

The Greenwave started up the Area 10 tournament with a pair of wins on Thursday, including an 8-4 victory over top-seed Ramsay in the winners’ bracket.

Emma Machen singled twice with three RBIs and tossed a complete game with eight strikeouts to proppell Leeds past the Rams 8-4. Kinlee Gilley, Briana McLaughlin and Tanner Galloway also came through with single RBIs for the Greenwave.

The Ramsay win punts Leeds through to the area championship game on Saturday and punches a North Regional ticket for next week’s tournament in Florence. 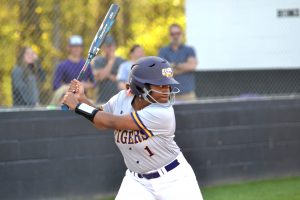 Springville’s Mckenzie Brown waits for the pitch during a 2021 home game against Pell City.
Photo by Erik Harris

The first round is complete from Springville in the Area 13 tournament, but two East Central Regional spots and an area championship are still up for grabs. The host Tigers (31-10) are very much in play for both after knocking off 4-seed Southside-Gadsden 9-3 on Thursday.

Springville, the fourth-ranked team in the final Class 6A poll of the season, put 12 hits and six RBIs on the Panthers. Mckenzie Brown led the way with a double and four RBIs. And she had plenty of backing thanks to multi-hit games from Tatum Bartlett, Layla Bradshaw, Tori Barnes and Beka Hargrove.

The Tigers will take on 3-seed Oxford in the winners’ bracket. The winner is guaranteed a spot in the East Central Regional next week at Lagoon Park in Montgomery.

Both Clay-Chalkville and Pinson Valley ended their season on Thursday in the Area 12 tournament at Mortimer Jordan. The Blue Devils will take on Gardendale for the tournament championship on Friday afternoon.

Gardendale and Mortimer Jordan will advance to the Montgomery regional next week at Lagoon Park.

The Blue Devils finish as the area runner-up behind tournament host Alexandria, advancing them through to the East Central Regional next week. Moody will join a field of eight teams, including Alexandria, in Montgomery at Lagoon Park.

The 2-seed Blue Devils delivered when they had to, securing their regional berth with a 6-2 final over Lincoln in the losers’ bracket Thursday. Maddie Barfield put the game out of reach in the sixth with a two-run double.

Holli Graham held Lincoln to two runs in six innings pitched and Hannah Self finished things up with a shutout seventh.  Carmen Terry went 2-for-3 with an RBI and Carmen Terry slapped in two more Moody runs.

No. 1-ranked Hewitt-Trussville has notched wins over Vestavia Hills and third-ranked Spain Park to advance into the area finals and lock up an East Central Regional bid.