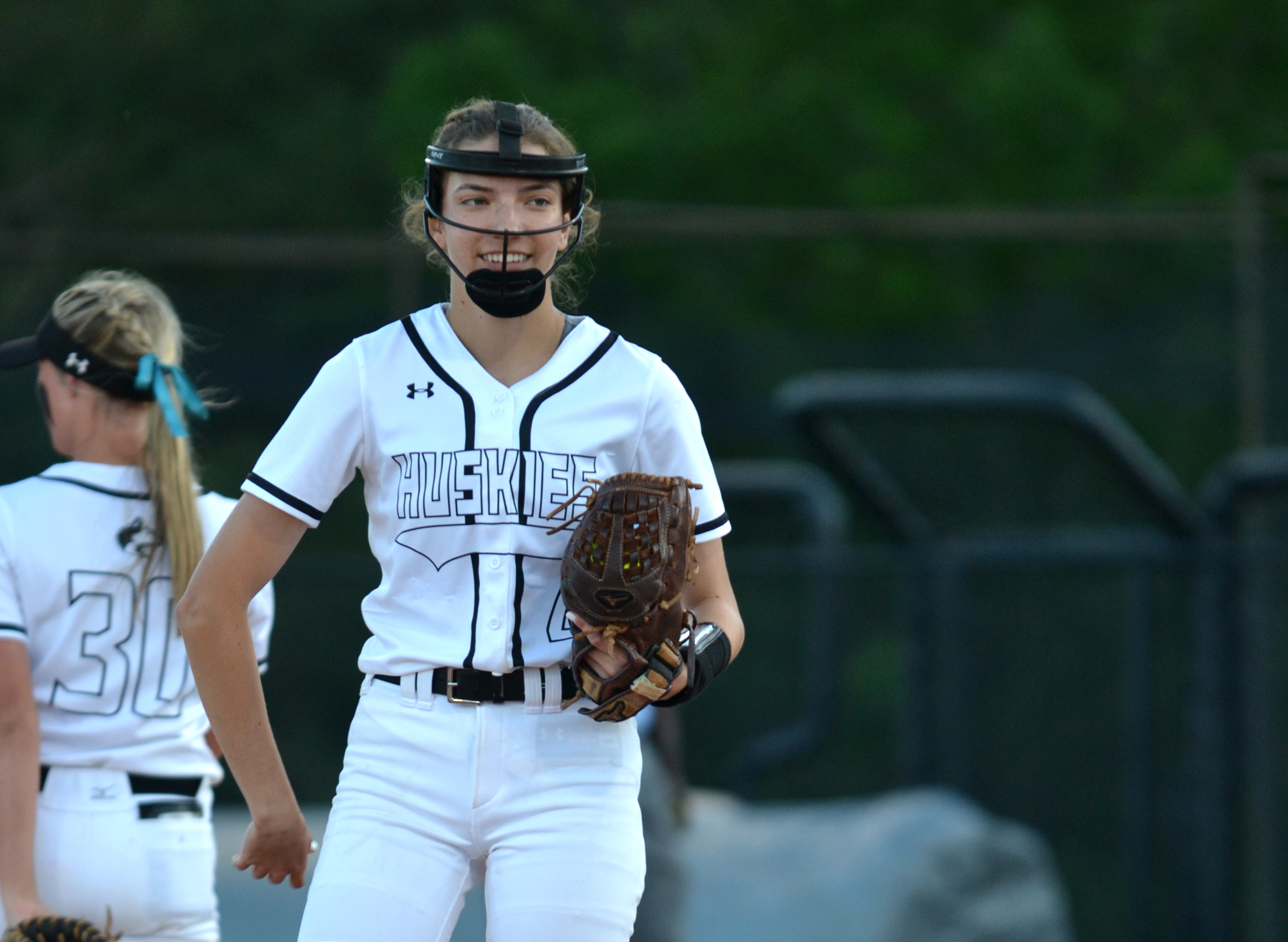 Hewitt-Trussville pitcher Tori Hyde reacts to a strikeout during an area tournament win on April 5, 2021. Photo by Erik Harris

HOOVER — Hewitt-Trussville gave another impressive outing on Thursday night in Hoover, as the No. 1-ranked Huskies tore past Spain Park 7-4 in the winners’ bracket of the Class 7A, Area 6 softball tournament.

Shortstop Kenleigh Cahalan was huge for the Huskies (42-2-1), as she blistered twin bombs to left field. Both homers cleared the same spot of fencing in left and each sent two runs across for the visitors. 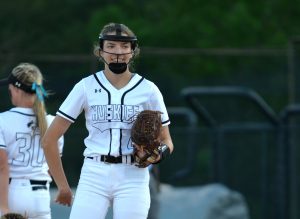 Hewitt-Trussville pitcher Tori Hyde reacts to a strikeout during an area tournament win on April 5, 2021.
Photo by Erik Harris

Hewitt-Trussville began the tournament with a 2-1 victory over Oak Mountain on Wednesday. Thursday’s win guarantees the Huskies a spot in the Montgomery regional next week and a shot at the Area 6 crown on Friday afternoon. The third-ranked Jaguars will battle Vestavia Hills for another shot at Hewitt.

As a team, the visiting Huskies connected with 10 hits, including seven extra-base hits en route to victory. Cahalan’s two homers were joined by another homer and double from center fielder Anyce Harvey, two doubles from Riley Tyree and another two-bagger from third baseman Jenna Lord. Cahalan led the way with four RBIs followed by two from Harvey. Madi Mitchell also came through with an RBI single to spark a three-run sixth. 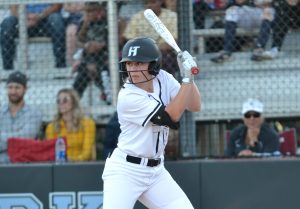 Hewitt-Trussville sophomore Kenleigh Cahalan waits for the pitch during a win over Spain Park on April 5, 2021.
Photo by Erik Harris

Hewitt-Trussvile started the scoring with Cahalan’s first home run in the third. Her second blast padded the lead to 4-1 in the fifth and the Huskies pulled out of reach with the three-run sixth. Spain Park did manage to scratch two runs in the seventh, but it was too little, too late for the tournament host.

Hewitt-Trussville senior Tori Hyde earned the win in her six-plus innings pitched. The right-hander allowed only five hits and struck out two to limit a talented Jaguar offense. Freshman Sara Phillips checked in to record the final out via strikeout.