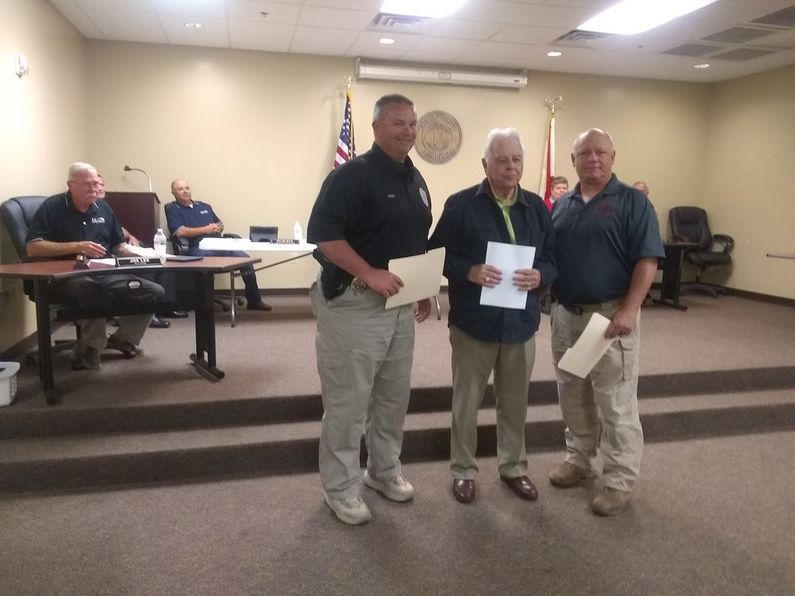 MOODY – At a regular meeting of the Moody City Council on Monday, May 10, a local thanked the police and fire departments for assisting his wife after a recent car accident.

For April Horton reported that there was a total of 176 responses, three fires (one woods, one vehicle and one rubbish), 97 emergency medical calls, 72 vehicle wrecks, 26 public service, 24 lift assists, nine false alarms and received mutual aid twice. The average dispatch to route time was one minute and 17 seconds and the average dispatch to arrival time was six minutes and 14 seconds. 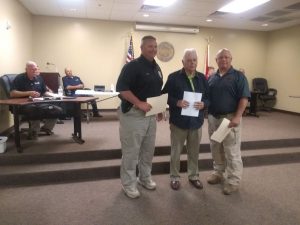 Following the reports was Joe Kelly, who spoke before the council and said that his wife, Barbara, had been involved in a car accident where she had backed out of their garage and lost control of the car. The car veered into the woods, struck a tree, and was trapped inside the damaged vehicle among other trees.

With her phone not working she managed to activate an SOS feature in the car.

“She remembered that I had programmed the SOS feature, so she hit that and called them,” he said. “They contacted 911. Literally, within five minutes – and I checked this with the fire chief – literally, within a five-minute timeframe there was a response there.”

They were able to cut down the tree that was standing against the driver’s door and freed her. She was unharmed, Kelly said. He expressed his thanks to Hunt and Horton.

Later in the meeting, the council voted to enter into a contract with St. Clair County for the newly established St. Clair County Drug Enforcement Unit. The task force involves 13 agencies throughout the county to combat drug trafficking. Hunt will be among those to serve on the board at the unit, said City Attorney James Hill.

“This is going to be an asset for St. Clair County for years and years to come,” he told the council.