Posted By: Erica Thomason: May 13, 2021In: Crime, Metro/State/Nation
Print Email

MONTGOMERY, Ala. (AP) — An Alabama man has been sentenced to federal prison for his role in a drug trafficking case in which authorities say 25 kilograms (55 pounds) of cocaine were brought into the state in a tractor-trailer.

Muta Bolden, 36, of Dothan, was ordered to serve nearly 11 years in prison on the federal drug trafficking charges, according to acting U.S. Attorney Sandra J. Stewart.

The Drug Enforcement Administration and Dothan police began investigating in February 2019 when the agencies received a tip that a shipment of cocaine was being brought into Houston County, according to a statement Wednesday from the U.S. Justice Department. 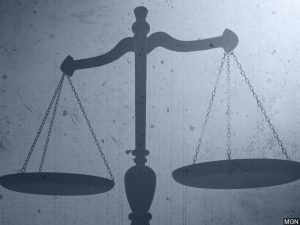 There, a third codefendant, Jesus Pina, Jr., 40, of San Juan, Texas, was accused of driving an 18-wheeler to another location in Dothan, where Bolden, Diaz and De La Cerda retrieved a shipment of drugs from the truck.