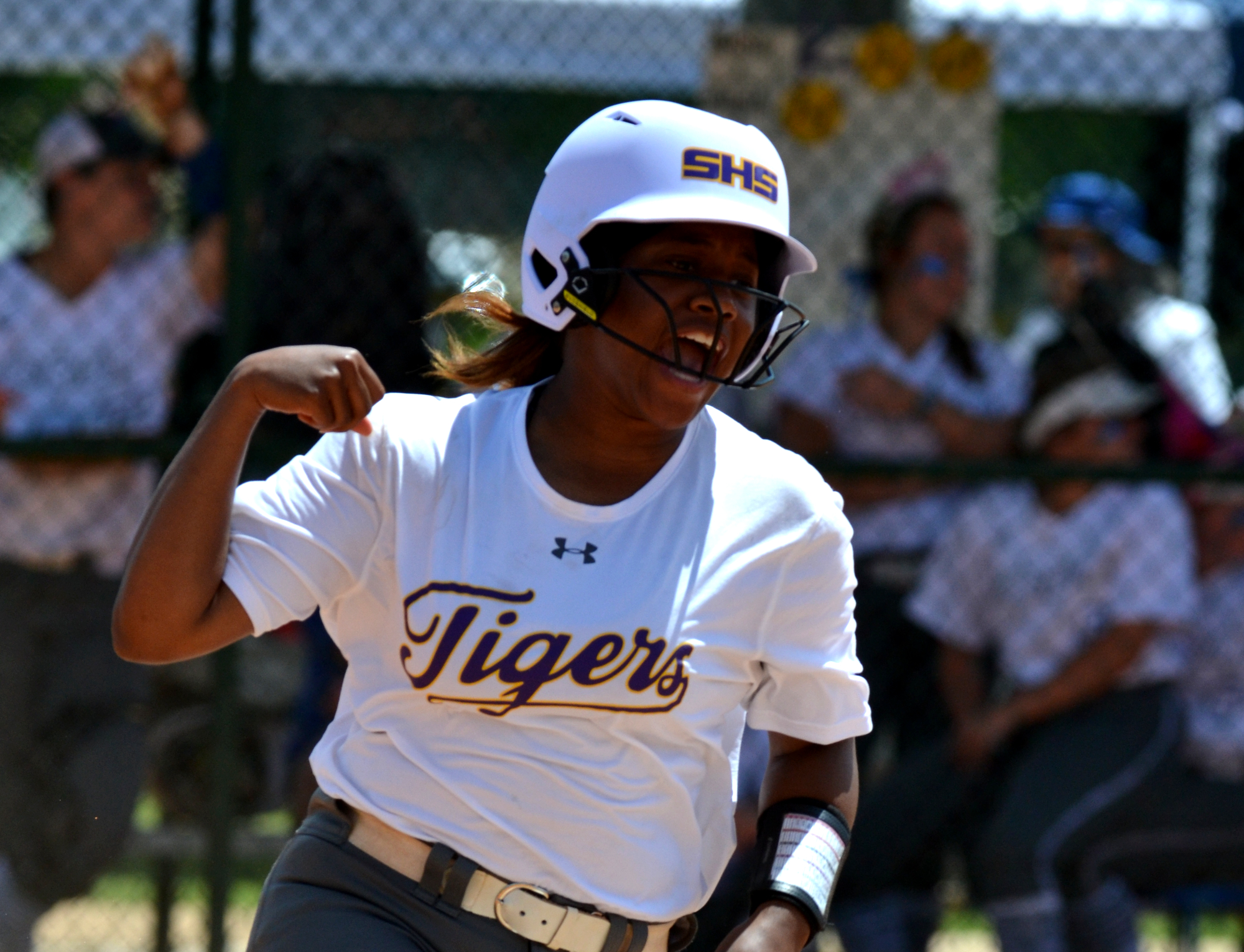 Springville center fielder McKenzie Brown celebrates a home run as she rounds first base in Lagoon Park on May 13, 2021. Photo by Erik Harris

MONTGOMERY — McKenzie Brown showed up ready to play on Thursday.

The senior center fielder brought her best effort in the biggest game of the season, as fourth-ranked Springville booked a ticket to next week’s Class 6A state tournament in Oxford. 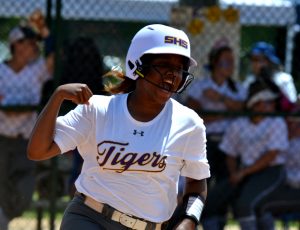 Springville center fielder McKenzie Brown celebrates a home run as she rounds first base in Lagoon Park on May 13, 2021.
Photo by Erik Harris

Brown, in the East Central Regional No. 1 qualifier game against Mortimer Jordan, went 3-for-4 with two home runs, including a fifth-inning grand slam to spur a 10-8 victory.

“I was just taking it one pitch at a time and using what I had seen from her (MJ pitcher Alyssa Brown) before,” said Brown following the win.

The senior says this group is not only playing for itself, but for the 2020 seniors that saw their season cut short due to COVID-19 last March.

Her grand slam — a missile to dead center — punctuated a five-run fifth for the Tigers (36-10). With the bases loaded, senior Anna Black slapped a hot-shot off the glove of second baseman Skylar Johnson, scoring the first run of the fifth before Brown landed the knockout punch on a 1-0 count.

Springville went to the top of the sixth with a 10-4 advantage. Brown capped her day off with six RBIs to go with single RBIs from Tatum Bartlett and Layla Bradshaw.

Mortimer Jordan would fight back to make things interesting in the seventh with four runs scored thanks to a two-run homer from Gerri Luttrell and a two-run double off the bat of Maia Townsend, but Reagan Cornelius recorded the third out with a groundout to second.

“They persevered all year and they overcame in this tournament just like they have all season,” said Springville head coach Brandon Easterwood. “We’ve gotten a lot better throughout the year. They’ve just grown up as a team and they play for each other.”

Cornelius shared the pitching duties with Bella Bullington, who came out of the bullpen to toss 3 ⅓ innings with six runs allowed and a pair of strikeouts. Cornelius got the start and later checked in to record the final two outs of the game: a strikeout and a groundout. The senior lefty fanned three and allowed two runs on three Mortimer Jordan hits.

The Area 13 and East Central Regional champs will go to Oxford next Friday riding a nine-game winning streak, three of which came in Lagoon Park this week. 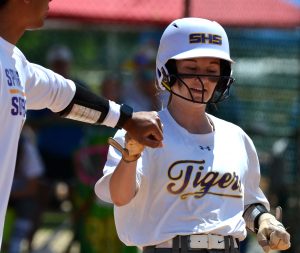 The Tigers opened up their tournament run on Wednesday afternoon with an extra-innings win over Gardendale, as freshman Bella Bullington knocked the walk-off home run to right field in the bottom of the ninth inning.

The freshman’s timely shot sent her Tigers into the winner’s bracket with a 2-1 victory over the Rockets.

For the Tigers, Makalyn Kyser led the way with two hits, including a two-out single in the bottom of the sixth that tied the game up at 1-1 and ultimately sent the game into extra innings. Both teams went scoreless through the eighth before Bullington lined the game-winner to right.

It was the Area 12 runner-up Rockets that drew first blood when A Valentine singed one in in the top of the second inning. That one-run cushion held until Kyser’s base knock in the sixth.

In the meantime, Springville’s pitching duo of Bullington and Reagan Cornelius held the Gardendale bats in check. Bullington earned the start and went 4 ⅓ innings before handing it over to Cornelius for the remaining 4 ⅔ innings. Bullington struck out four batters and allowed one run off four Gardendale hits. Cornelius matched the freshman with four strikeouts of her own in four-plus shutout frames.

Later on in the winner’s bracket, Springville stormed by Shades Valley 12-0 in five innings.

Kyser homered with two hits and three RBIs, Bartlett doubled with three hits and as many RBIs, and the Tigers capped off a 2-0 day in Montgomery with their eighth straight victory.

A late Springville surge wiped out the Mounties on Wednesday night, as the Tigers pushed 10 runs across during the final three frames. Seven different girls knocked in runs for Springville, including one RBI apiece from Bekah Hargrove, Addie Bowling, Emmy Leopard, Mckenzie Brown and Bullington.