TRUSSVILLE — There are now three retired U.S. flag drop-off boxes in the city of Trussville, thanks to a Boy Scout with Troup 216.

Zachary Stanley built the boxes for his Eagle Scout project.

“I heard that the Daughters of the American Revolution were looking for a way to collect flags and I saw that not many people outside of scouts and police and fire departments knew a whole lot about flag retirement,” said Stanley. “So, I thought this would be a good way to get people to learn about flag retirement and how to properly retire their flags when they are no longer useful.”

Stanley recently received a scholarship to Texas A&M, where he will study Construction Science, so the building of the boxes was a perfect project for him.

“I had to learn a lot about how to put in bolts at what seemed like strange angles so that they wouldn’t stand out much,” Stanley said.

DAR will collect flags that are turned in and the Boy Scouts will dispose of them properly.

Michael McGinnis, the Assistant Scout Master for Troup 216 said he is pleased with the project Stanley chose.

“He is an incredible scout and it’s such a worthy project to do,” said McGinnis. “This is something that has not been done in my three years being involved with the troops. It is so important for people to learn how to properly retire and pay respects to their flags and it’s just a great project.”

According to the U.S. Flag Code, “The flag, when it is in such condition that it is no longer a fitting emblem for display, should be destroyed in a dignified way, preferably by burning”. A lot of people feel uncomfortable burning a flag and it can be dangerous, so the scouts offer three flag retirement ceremonies a year.

Trussville City Councilor Perry Cook was on hand with Stanley for the placing of the drop off box in the lobby at City Hall.

The photo gallery below shows photos of the process Stanley went through to make the boxes. 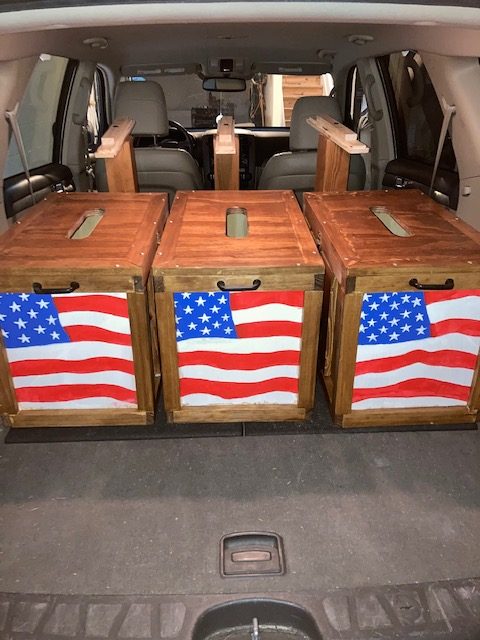 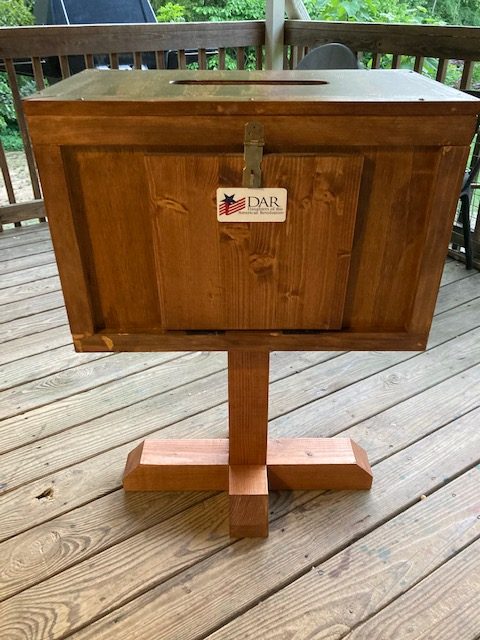 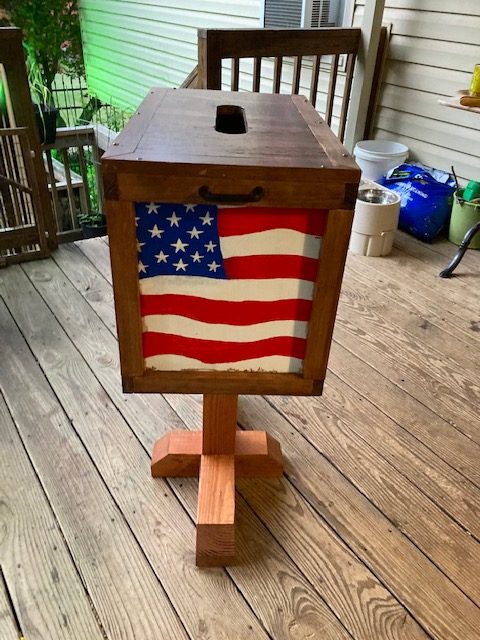 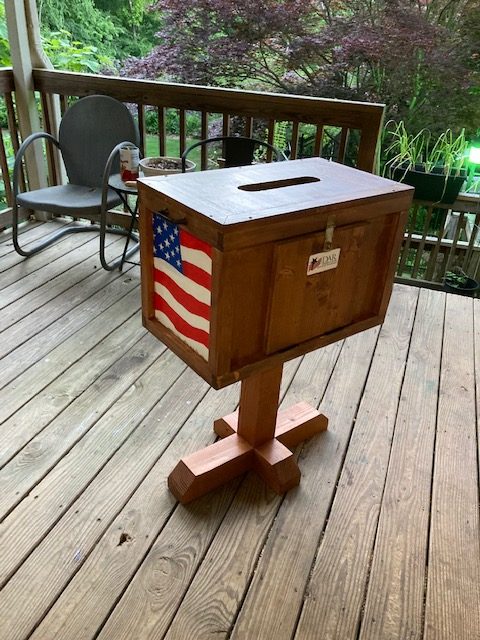 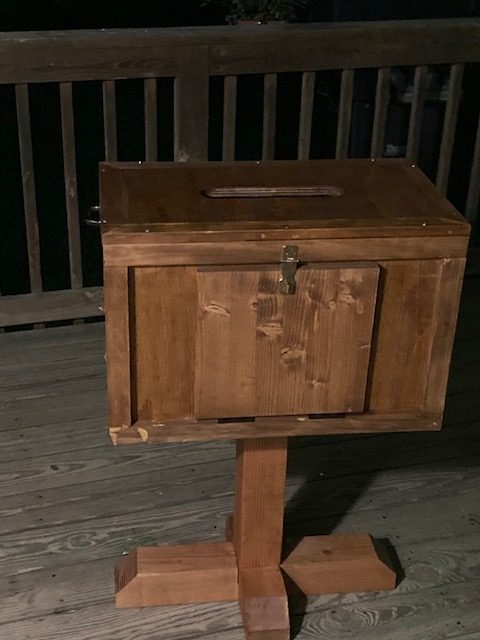 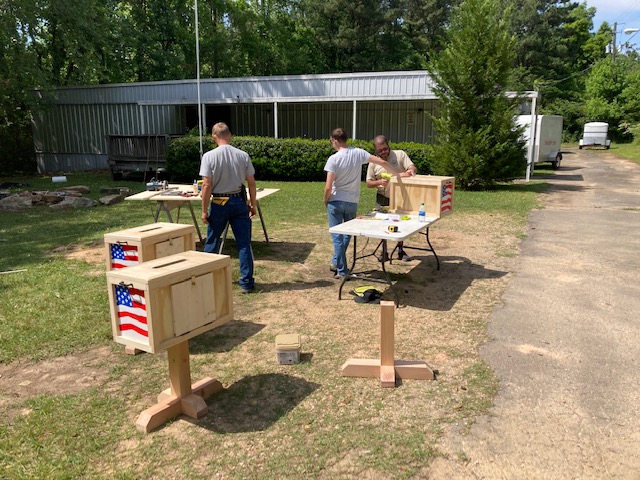 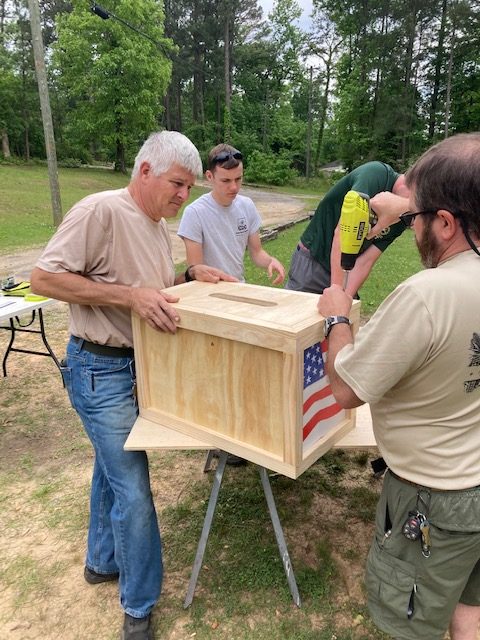 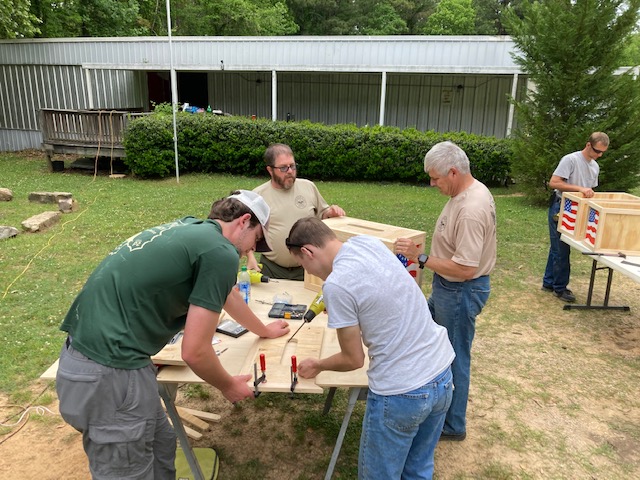 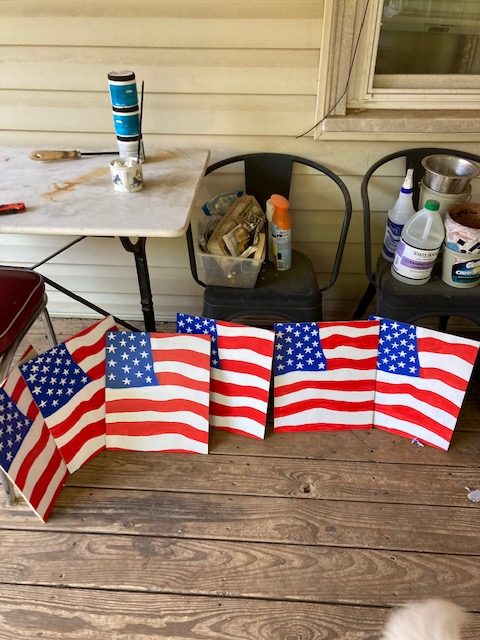 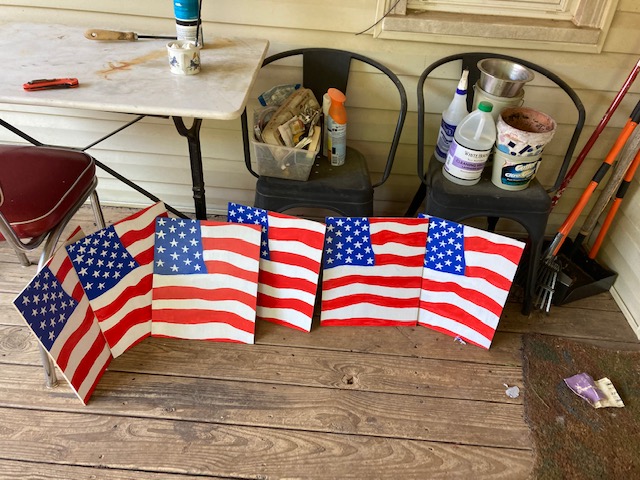 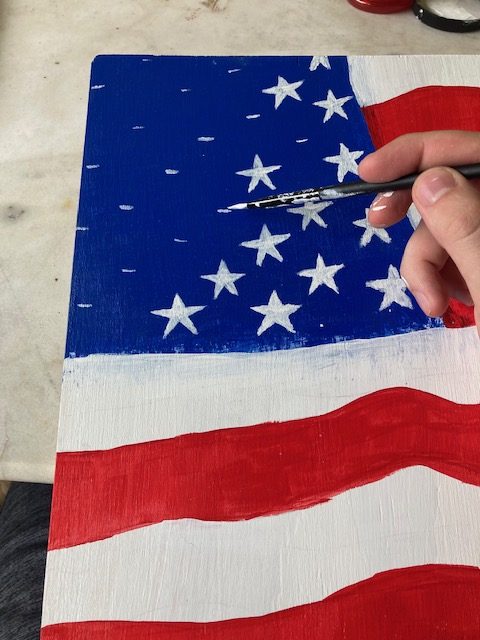