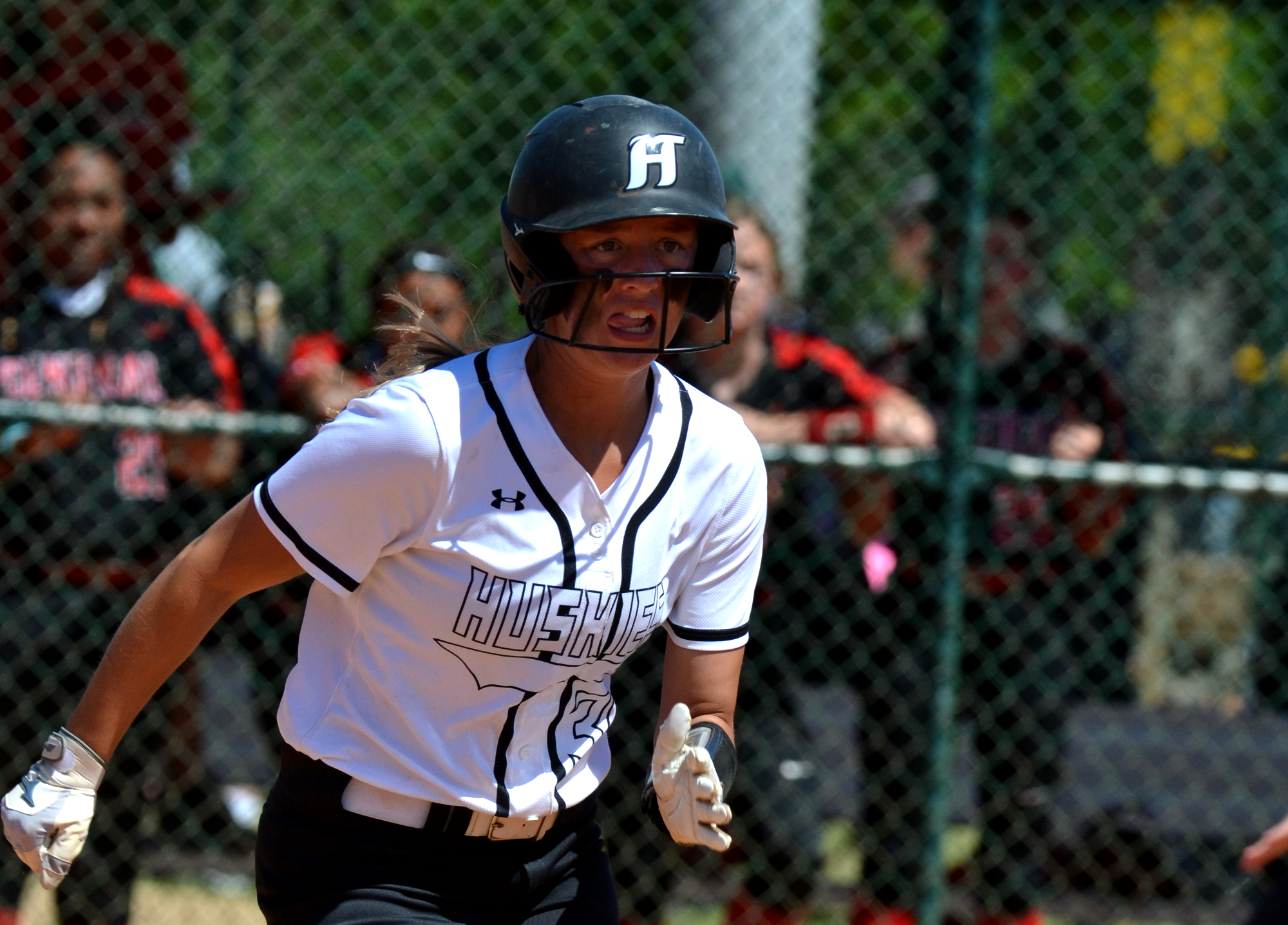 Hewitt-Trussville catcher charges down the first base line at Lagoon Park on May 14, 2021. Photo by Erik Harris

MONTGOMERY — The Hewitt-Trussville softball team played up to its No. 1 ranking on Friday morning in the first round of the Class 7A East Central Regional in Montgomery.

Two big innings propelled the Area 6 champion Huskies on their way to a 12-2 victory over No. 9 Central-Phenix City, which pairs them with eighth-ranked Auburn in the No. 1 qualifier game on Friday afternoon. 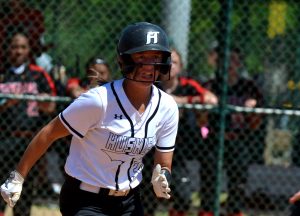 Hewitt-Trussville catcher charges down the first base line at Lagoon Park on May 14, 2021.
Photo by Erik Harris

En route to the club’s 13th straight win, Hewitt-Trussville started things with five runs in the bottom of the first, added six more in the fifth and enacted the mercy rule with a single run in the sixth off Katelyn Murphy’s second hit and second RBI of the morning.

Freshman pitcher Sara Phillips worked with a stellar Huskies’ offense at her back, tossing a three-hitter with nine strikeouts for the home team. The right-hander worked out of trouble in the top of the second when Central-Phenix City loaded the bases with one out. Phillips responded with back-to-back strikeouts to pin three runners on and preserve the 5-0 advantage. 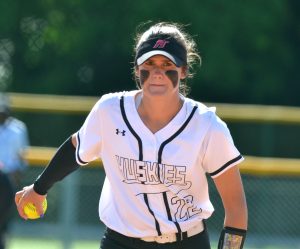 Hewitt-Trussville pitcher Sara Phillips focuses on the mitt during an East Central Regional game on May 14, 2021.
Photo by Erik Harris

Her offense scattered 11 hits on the Red Devils, as Hewitt notched its 16th double-digit victory of the year. Seniors Murphy and Jenna Lord logged two hits and two RBIs apiece to go with a one-hit, three-RBI outing from junior catcher Riley Tyree.

Shortstop Kenleigh Cahalan barreled up a sacrifice fly during a six-run fifth, which also included a a pinch-hit RBI single from junior Riley Rudick.

The Defending state champions will be back in action at 1:45 p.m. against Auburn, who cleared Vestavia Hills 3-1 in the first round on Friday, with a spot in the state tournament on the line.