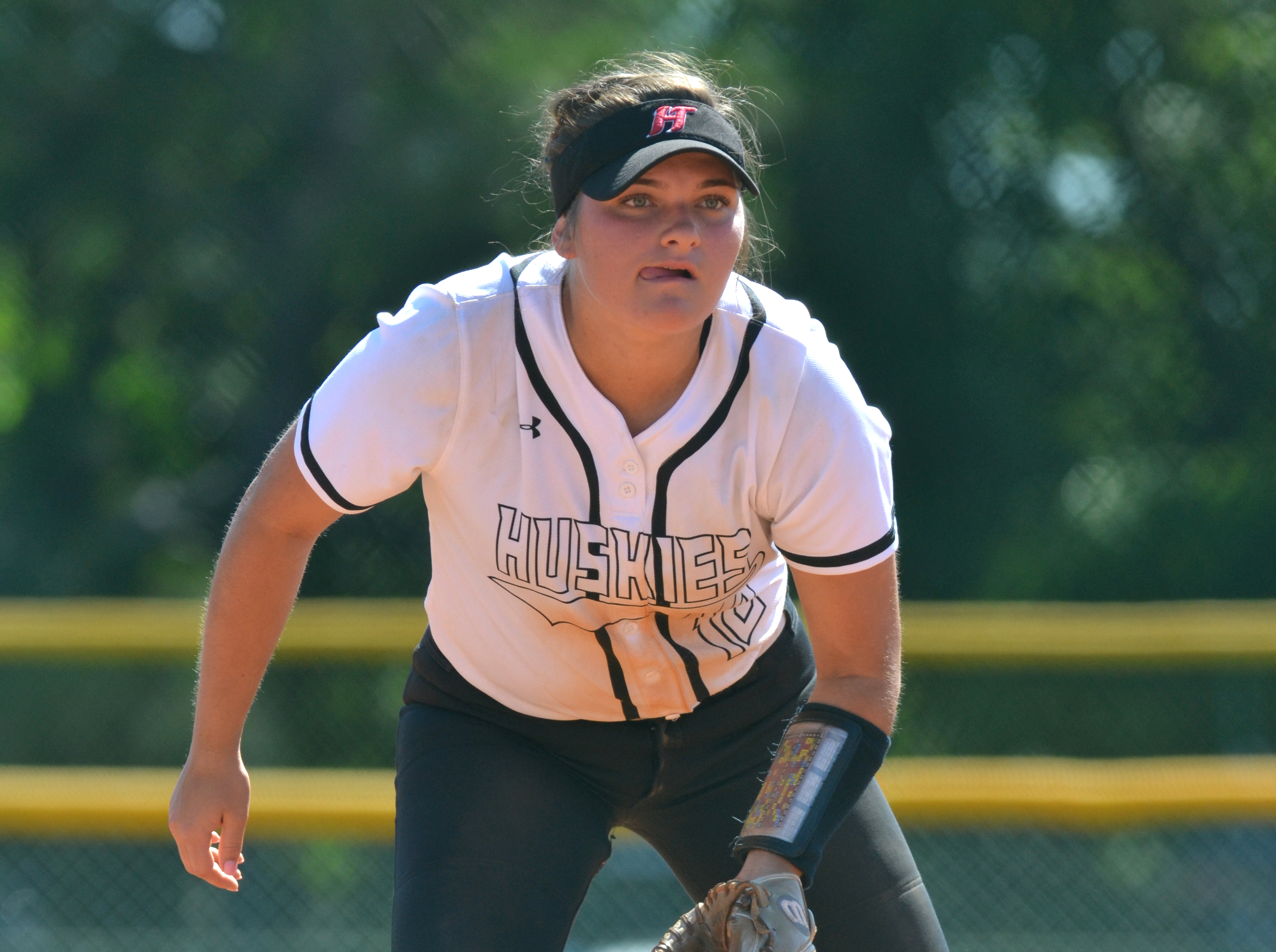 Hewitt-Trussville senior Jenna Lord follows the pitch to the plate during an East Central Regional game on May 14, 2021. Photo by Erik Harris

With their 13th and 14th straight victories, the Huskies (45-2-1) completed a 2-0 run through the Class 7A East Central Regional to keep their state championship defense alive. 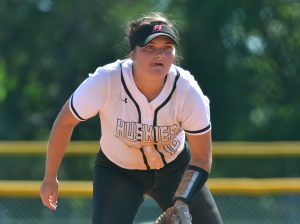 Hewitt-Trussville senior Jenna Lord follows the pitch to the plate during an East Central Regional game on May 14, 2021.
Photo by Erik Harris

An abundance of offensive production sent Hewitt-Trussville off with a 12-2 win over No. 9 Central-Phenix City in the morning session and an 11-4 victory over eighth-ranked Auburn in the No. 1 qualifier game Friday afternoon in Lagoon Park in Montgomery.

“We’re playing with a lot of confidence,” said Hewitt head coach Taylor Burt. “We looked at this weekend as a business trip.”

The Huskies will join an eight-team bracket in Oxford next week for a shot at a second straight state title. Burt led the girls to a championship season in 2019. No postseason play was allowed in 2020 due to COVID-19 restrictions.

Hewitt-Trussville secured its state tournament bid on Friday afternoon with an 11-4 win over Auburn.

The Huskies, much like they did in their regional opener against Central-Phenix City, jumped out front early with a productive first inning. Third baseman Jenna Lord, an Alabama signee, found contact with runners on, grounding a two-run single into the center field grass. Lord then found her way home off a two-bagger into deep center from catcher RileyTyree.

Hewitt-Trussville went to the second on top 3-0, and quickly doubled their cushion with another three-run frame. Lord took full advantage of a bases-loaded situation with a two-out double off the fence in straightaway center. The Auburn outfielder gave chase, but couldn’t quite glove the deep shot with her back against the wall. The bases cleared as Lord coasted into second base with a 6-0 lead. 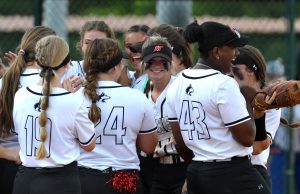 The Hewitt-Trussville softball team celebrates an 11-4 victory over Auburn on May 14, 2021.
Photo by Erik Harris

Senior right-hander Tori Hyde supported her bats with a strong showing in the circle. She fired a complete seven innings with one walk issued and five strikeouts. Burt praised both Hyde and Sara Phillips, who pitched a complete game in the opener Friday.

“They both did an incredible job,” said Burt. “They came out with a game plan and worked it to perfection and had very few bumps in the road. When your hitters give you run support, that helps you relax a little in the circle.”

The fourth started with back-to-back infield singles from Anyce Harvey and Hannah Dorsett, who set the table for a devastating five runs that gave the Huskies an 11-2 advantage. Kenleigh Cahalan slapped Harvey in with a hard-hit single into left, which led to an error that sent Dorsett home for an 8-2 lead.

Crystal Maze and Katelyn Murphy added run-scoring line drives to punctuate a big offensive inning for the Area 6 champions. Dorsett, Maze and Tyree each finished with two hits for Hewitt-Trussville.

Following the game, Burt touched on the depth of this year’s lineup.

“The bottom of our lineup has absolutely produced and done an incredible job these last four or five ballgames and it’s made all the difference in the world,” said Burt. “I’m super proud of them.” 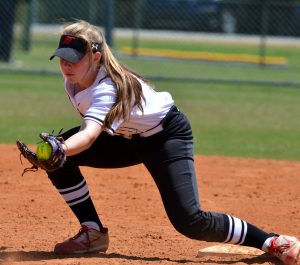 Hewitt-Trussville shortstop Kenleigh Cahalan gloves a throw from the catcher during an East Central Regional game on May 14, 2021.
Photo by Erik Harris

Hewitt-Trussville played up to its No. 1 ranking on Friday morning in the  first round of the Class 7A East Central Regional in Montgomery.

Two big innings propelled the Area 6 champion Huskies on their way to a 12-2 victory over No. 9 Central-Phenix City, which pairs them with eighth-ranked Auburn in the No. 1 qualifier game on Friday afternoon.

En route to the club’s 13th straight win, Hewitt-Trussville started things with five runs in the bottom of the first, added six more in the fifth and enacted the mercy rule with a single run in the sixth off Katelyn Murphy’s second hit and second RBI of the morning.

Freshman pitcher Sara Phillips worked with a stellar Huskies’ offense at her back, tossing a three-hitter with nine strikeouts for the home team. The right-hander worked out of trouble in the top of the second when Central-Phenix City loaded the bases with one out. Phillips responded with back-to-back strikeouts to pin three runners on and preserve the 5-0 advantage.

Her offense scattered 11 hits on the Red Devils, as Hewitt notched its 16th double-digit victory of the year. Seniors Murphy and Jenna Lord logged two hits and two RBIs apiece to go with a one-hit, three-RBI outing from junior catcher Riley Tyree.

Shortstop Kenleigh Cahalan barreled up a sacrifice fly during a six-run fifth, which also included a a pinch-hit RBI single from junior Riley Rudick.

The Defending state champions will be back in action at 1:45 p.m. against Auburn, who cleared Vestavia Hills 3-1 in the first round on Friday, with a spot in the state tournament on the line.