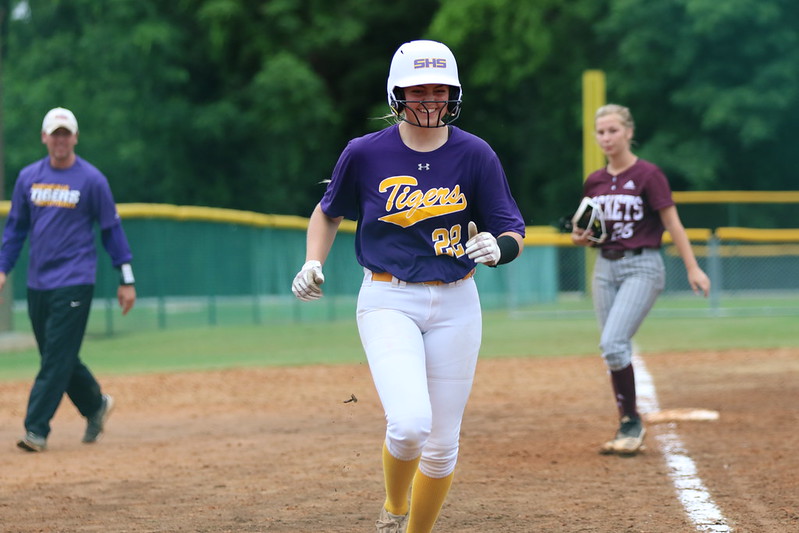 No. 4 Tigers turn focus to state, collision with Saraland

SPRINGVILLE — The postseason run continues for the Springville softball team.

The fourth-ranked Tigers (36-10) will compete for their fifth fast pitch state championship this week in the Class 6A state tournament at Choccolocco Park in Oxford. 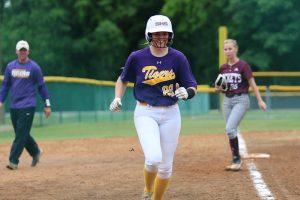 Springville recently rattled off a stellar Class 5A run, stringing together four consecutive state titles from 2015 to 2018. This will be the school’s first time competing in the Class 6A bracket after being reclassified last year.

Head coach Brandon Easterwood led his girls to a 3-0 run through East Central Regional play last week, scoring the No. 1 qualifier spot with a 10-8 victory over Mortimer Jordan on Friday. Springville also notched a 2-1 first-round win over Gardendale and a 12-0 winner’s bracket victory over Shades Valley at Lagoon Park in Montgomery. The Tigers will travel to Oxford riding a nine-game winning streak.

Up next for the Easterwood and company is a state tournament collision with South No. 2 qualifier Saraland on Friday at Choccolocco Park. That game is scheduled to begin at 9 a.m. in Oxford.

The Spartans bumped their record to 29-16-1 with a 5-4 state qualifier win over Gulf Shores on Friday. See the complete Class 6A state tournament field below.