Posted By: Erik Harrison: May 19, 2021In: Metro/State/Nation
Print Email

LAMAR COUNTY — An 81-year-old man has died in a two-vehicle crash in Lamar County.

According to a release from the Alabama Law Enforcement Agency (ALEA), the crash occurred on Lamar County 35 at approximately 11:20 p.m. Tuesday, May 18. 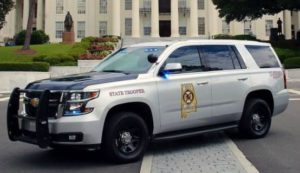 The victim has been identified as Arthur Webb, of Hamilton. Authorities say Webb was killed when the 2007 Chevrolet Cobalt he was driving left the roadway and struck a tree. Webb’s vehicle then overturned and struck an unoccupied 2008 Honda Civic in a private driveway.

Webb was pronounced deceased at the scene, according to ALEA. The crash occurred seven miles north of Sulligent on Lamar County 35.