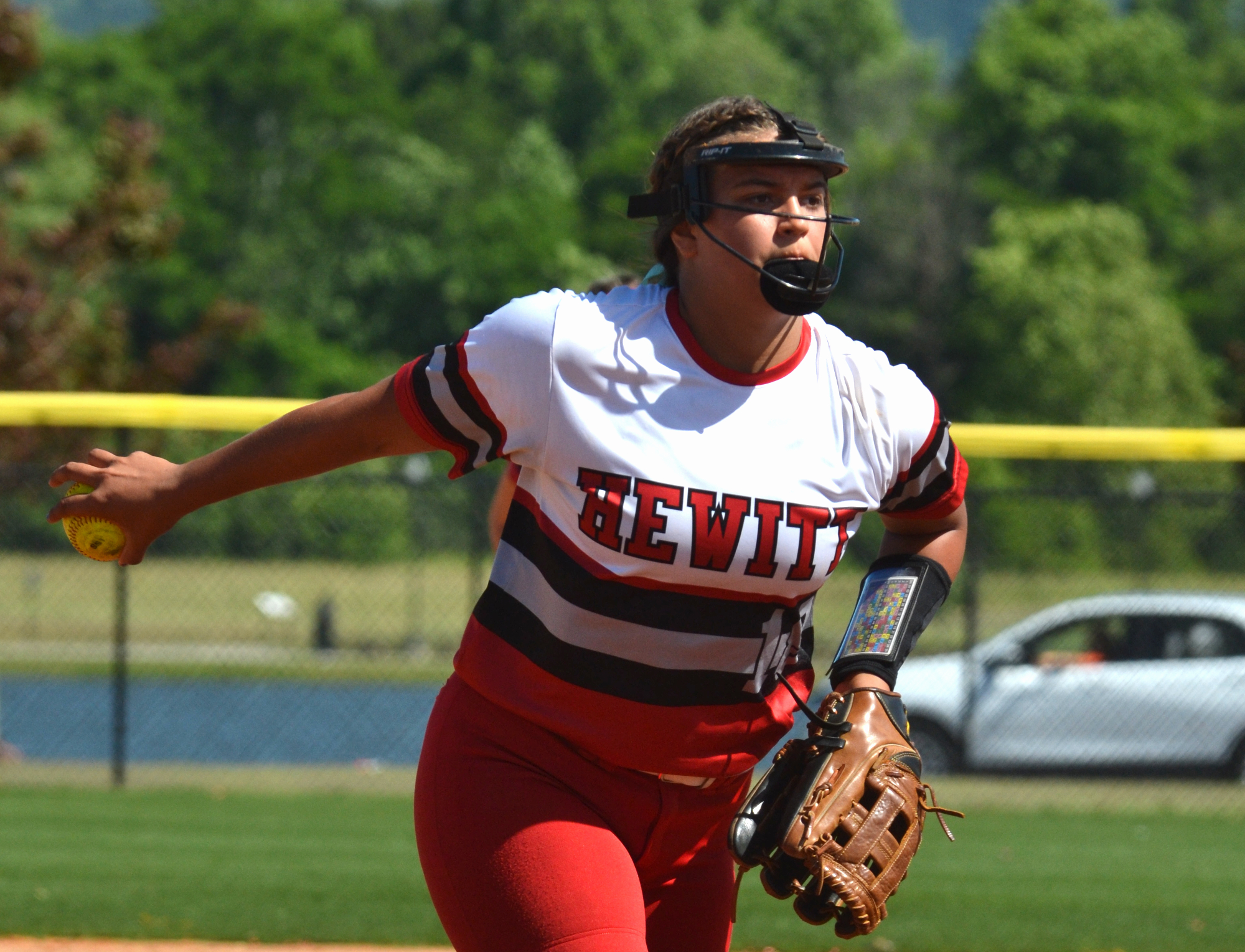 Hewitt-Trussville junior Sarah Hindman threw five innings with four strikeouts against Baker in the first round of the state tournament on May 20, 2021. Photo by Erik Harris

OXFORD — A Jenna Lord single lifted the top-ranked Hewitt-Trussville Huskies to a 5-4 victory over Baker on Thursday in the first round of the Class 7A state tournament.

Lord’s timely contact moves her huskies into the winner’s bracket against No. 10 Hoover. First pitch from Choccolocco Park is scheduled for 12:30 p.m. Thursday. 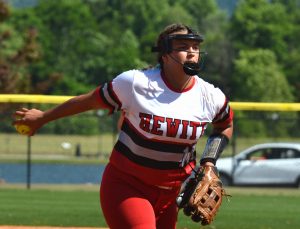 Hewitt-Trussville junior Sarah Hindman threw five innings with four strikeouts against Baker in the first round of the state tournament on May 20, 2021.
Photo by Erik Harris

After not trailing throughout the East Central Regional last week, Hewitt-Trussville found itself in a 1-0 hole right off the bat on Thursday. Baker sophomore Emily Mizelle led off the first-round contest with a solo homer into center field. Her high-hanger caught a stiff Oxford breeze and carried the fence for a 1-0 advantage in the first inning.

Huskies junior Riley Tyree slapped in the equalizer in the bottom of the second after senior Crystal Maze reached on an infield single. Hewitt-Trussville claimed its first lead in the third, as Anyce Harvey led off with a walk, swiped second and third, and tagged up on a Kenleigh Cahalan sacrifice fly for a 2-1 advantage.

Cahalan, who brought a .529 average into the game, boomed her seventh triple of the year into the right-center field gap, scoring one more for a 3-1 cushion in the fifth. Her line drive chased Baker starter Gracie Cook and wrapped up her outing with two hits and two RBIs.

Lord extended the fifth with an RBI single up the middle for a 4-1 lead. The third baseman matched Cahalan with two hits and as many RBIs in the win.

The momentum completely swung in the sixth, as the Honeybees sent three runs in thanks to a pair of RBIs and an infield throwing error. Hewitt-Trussville righty Tori Hyde would strand the bases loaded after fielding a comebacker for the third out of a busy sixth inning.

The Huskies went down in order in the bottom of the sixth. Hannah Dorsett went the other way for base knock in the seventh. She quickly stole second and moved to third on a Cahalan infield single. Lord then sent her home with the walk-off single – a grounder right up the middle – for the team’s 15th straight win.

Lord walks it off! Huskies move into winner’s bracket against Hoover at 12:30.