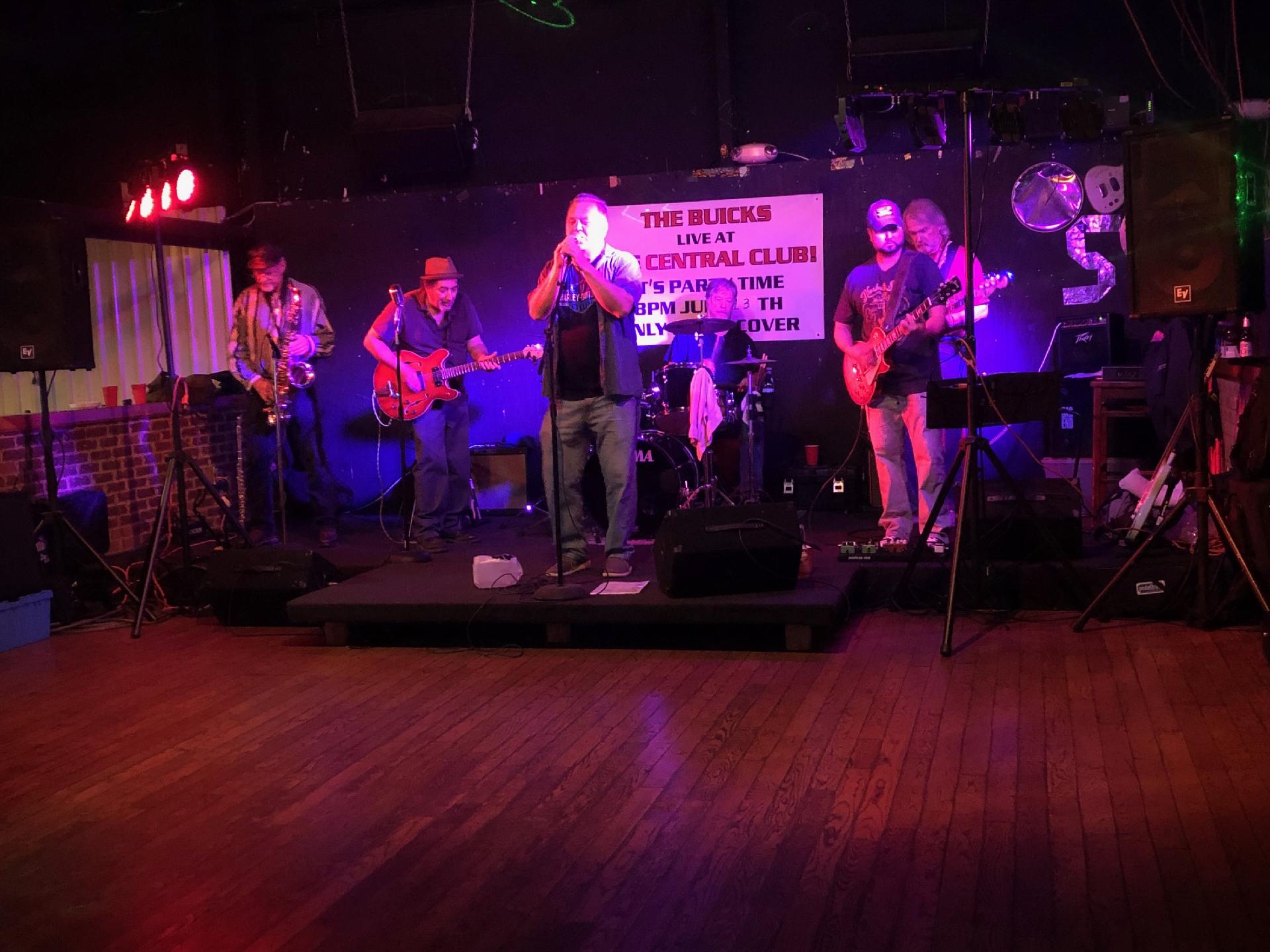 ‘Still loving it’: Leeds councilor rocking it in blues band after 40 years

LEEDS — At the age of 19, Eric Turner joined B.A. and the Buicks, a blues band in the Southside portion of Birmingham, as a drummer before eventually taking the role of vocalist. This was in 1982 and 40 years later, they remain together as the Buicks.

“I’ve done a couple of other projects but really it’s been the Buicks going on 40 years,” Turner said.

Turner is serving his third term as a member of the Leeds City Council, representing District 2. Members have come and gone over the years but aside from Turner, the current lineup is: Dr. Rick Palma on lead guitar, who practices at Leeds Family Chiropractic. Drummer Randy Blythe was a professor at the English department of UAB before his retirement.

On guitar, vocals, and harmonica is “Sleepy” Steve Hughes, who has been with the Buicks since the beginning. Greg Jackson is on bass; and Michael Cogan is on sax, flute, and trombone.

“Rick is the baby of the band,” joked Turner, who said that Palma is in his 40s while the rest are over the age of 60.

Leeds High School band director Chip Wise was part of the Buicks for a short time, playing the trumpet. At that time, the saxophone player was Steve Goodson, the son of former Leeds mayor Edward Goodson. He eventually left to form a saxophone production company in New Orleans, where Turner said that he has seen success.

When Buicks had their start in Southside, they played at two venues, one of which has become part of a prominent concert hall.

“In ’82 we played at two places on Southside that are now gone,” Turner said. “That was Burly Earl’s, which was on 7th Avenue South, we played there for years and a place called O’Harris Pub, which is now part of Iron City Music Hall, it was on 6th Avenue South on 22nd Street.”

They started out as blues but were inspired to play rock after the soundtrack for the film, “Dirty Dancing” came out. When the singer and guitarist B.A. Bodiford left the band to form a strictly blues act, Turner took over in the role of lead vocalist. The members of the Buicks and B.A. remain friends to this day.

In the later 80s, they played on college campuses and in the larger clubs throughout Alabama and in Birmingham, including Old Town Music Hall, now closed and renovated. The band eventually began playing in the same buildings as national acts, including Willie Dixon.

Dixon, who died in 1992, was arguably among the most respected blues musicians and songwriters of his time. You may recognize some of his hits: “Hoochie Coochie Man,” “Little Red Rooster,” and “My Babe” among others.

“He was in his late 70s when we opened for him,” Turner said. “Getting to meet him and open for him and just sit down and talk to him was a very cool experience.”

Turner shared that they unexpectantly met blues harmonica player Sugar Blue, who was playing with Dixon that night and had also played with the Rolling Stones. They were unloading their equipment when the man approached and introduced himself.

The Buicks writes and performs original music but also does covers, namely classic rock, blues, oldies, and soul. They have released three albums, the first being the self-titled “The Buicks” and the second, “Same Ole Moon”.

The band’s 40-year history inspired the name of their third album, “Front Forty”.

“Farmers referred it like ‘tending the back forty acres’ when they’re working on their farms,” Turner said. “And we figure we’ve done 40 years and we’re going to call that the ‘Front Forty’ and we’re starting the ‘back 40’ now.”

Turner described his vocal style as being influenced by blues icon B.B. King, as well as Robert Cray, Greg Allman and Mobile’s Jimmy Hall of Wet Willie, which made it to number 10 on the U.S. Billboard Hot 100 in 1974 with their single “Keep On Smilin’”. 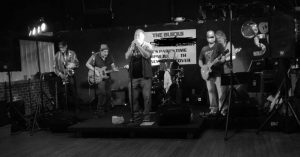 With a history of amusing anecdotes being a part of the band, Turner shared a story taking place several years ago about the Grand River in Leeds hiring the Buicks to perform at the mall. At the end of the performance a Batman film was to play on a projector and the band was asked to introduce the superhero himself, which they did and a man dressed as Batman appeared.

“When we got through playing, I introduced him and he came running out,” he said. “The young kids went crazy and he ran all over the stage and then disappeared and then they showed the movie. So the guys made a joke that we opened for Batman at the mall.”

The band plays live on a regular basis, including The Backyard, which is located at the Outlet Shops of Grand River along with others such as the Leeds Civic Center, Rails and Ales and other venues.

The Buicks maintain a page on Instagram and is set to perform at the Shrimp Boil at Rails and Ales on June 5.