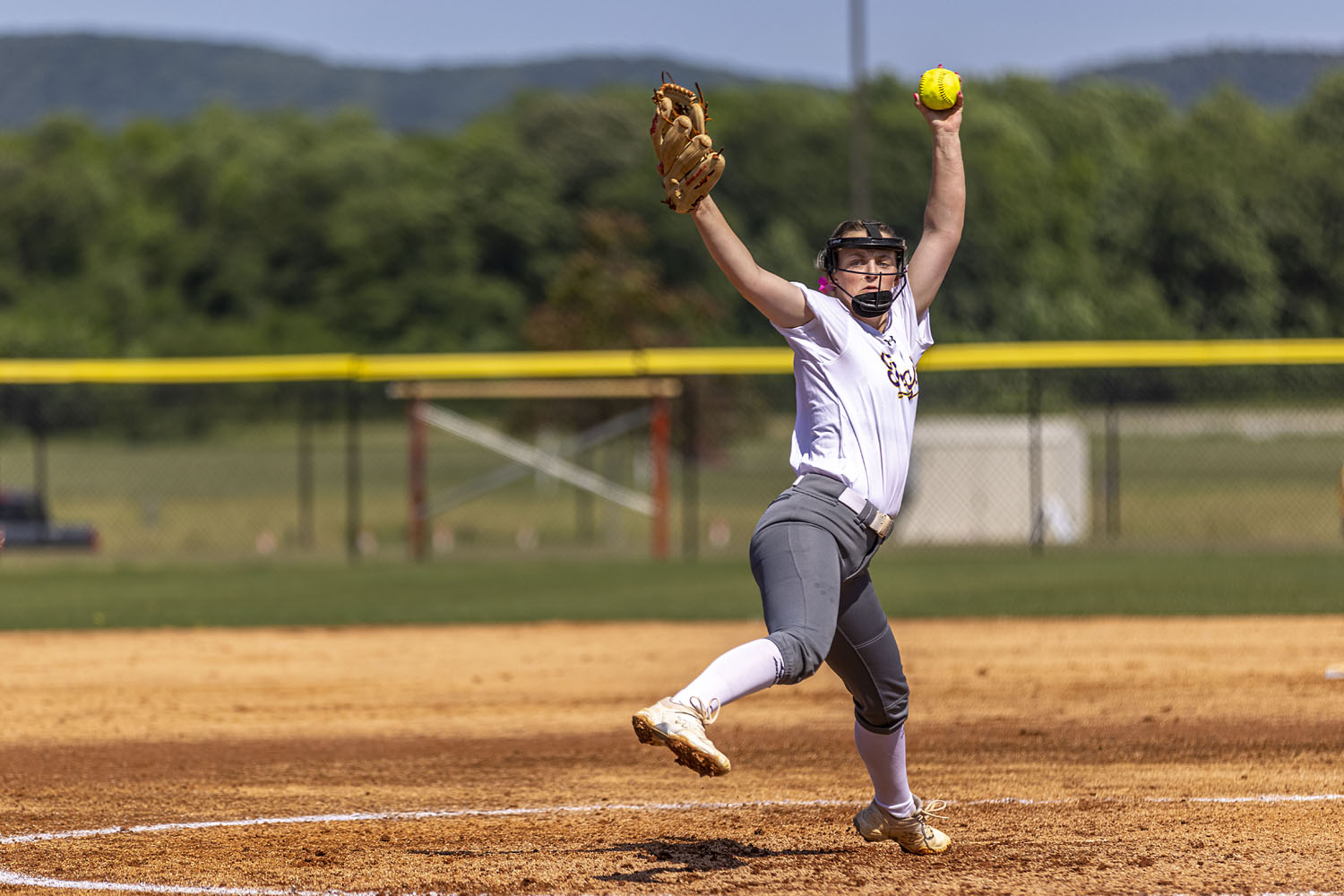 Springville senior Reagan Cornelius delivers a pitch during a state tournament win over Saraland on May 21, 2021. Photo by Ron Burkett

OXFORD — Springville is one win away from its fifth state softball championship.

Three straight comeback wins on Friday in the first day of Class 6A state tournament action has put the fourth-ranked Tigers (39-10) in the championship series on Saturday at Choccolocco Park in Oxford. Their opponent will be either Helena, Mortimer Jordan or Hazel Green. 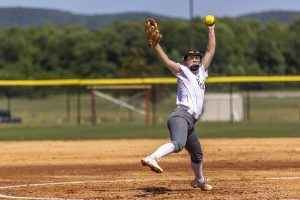 Springville senior Reagan Cornelius delivers a pitch during a state tournament win over Saraland on May 21, 2021.
Photo by Ron Burkett

Springville has yet to drop a postseason game, avoiding a single elimination game throughout the area, regional and state tournaments.

For the second straight game, Springville pulled a late rally to stay in the winner’s bracket on Friday evening.

The Tigers surrendered five runs in the first two innings and went to the bottom of the second trailing 5-2. They later went to the home-half of the sixth down 6-3, but then, a breakthrough.

Much like its afternoon comeback on Athens, Springville sent 11 batters to the box, who worked six hits and five runs to claim their first lead at 8-6 in the sixth. That score would go final after Reagan Cornelius forced a game-ending groundout with the tying run at the plate, capping a stellar day for the senior who earned two wins in 15 ⅓ innings pitched to go with 19 strikeouts and just two walks issued.

McKenzie Brown and Makalyn Kyser both homered on Trojan starter McKenzie Newcomb. Brown also doubled and finished with four RBIs. Kyser logged three home runs on the day, including two shots in the opener against Saraland.

All nine players in the Springville lineup recorded at least one hit. The top half of the lineup (Graci Black, Brown, Kyser and Tatum Bartlett) produced eight hits and seven RBIs, as the Tigers extended their winnings streak to 12 games. 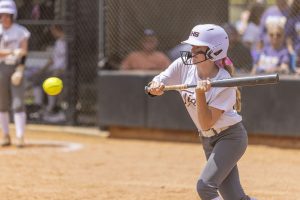 Action from the 2021 state softball tournament.
Photo by Ron Burkett

A six-run sixth inning lifted Springville to a 6-1 winner’s bracket victory over No. 1-ranked Athens on Friday afternoon.

Junior righty Emily Simon held the Tigers in check for the first five innings, while her offense built a 1-0 lead. That deficit was erased in the sixth, as Springville sent 11 batters to the plate, resulting in seven hits and six RBIs.

Tatum Bartlett singled McKenzie Brown in for the game-tying run, which was followed by run-scoring singles from Bella Bullington, Layla Bradshaw, Reagan Cornelius and Brown. After trailing for two innings, the Tigers went into the seventh with a 6-1 cushion and Bullington (16-3) put Athens down in order with three groundouts in the seventh. The freshman pitched three shutout innings of relief after taking over for Cornelius in the fifth inning.

Cornelius worked out of plenty of trouble early on, as she fanned the third out with a runner on third in both the first and second innings to preserve a scoreless tie. After striking out nine in relief in the first-round win over Saraland, Cornelius covered four complete in her afternoon start, striking out six more to go with one walk, five hits and one earned run.

Springville has held 30 opponents to three runs or less this season, including 10 of its last 12.

The Tigers (37-10) shoved in six of their runs with two outs on, junior Makalyn Kyser smacked two home runs, senior Reagan Cornelius pitched four-plus shutout innings of relief and Springville started up its tournament run with a 10-3 victory over Saraland.

After the Spartans jumped out front with three runs in the top of the first, Kyser and company rebounded with 10 unanswered to stretch things out of reach. The East Central Regional champions pushed two across in the bottom of the first, one in the third, four in the fourth and three more in the sixth.

Kyser’s first shot – a solo job to left – evened things up at 3-3 in the third. She capped her outing with a two-run homer in the sixth that put Springville out front 9-3. She now has 12 home runs on the season.

Catcher Tatum Bartlett and first baseman Bella Bullington added two RBIs apiece for the Tigers, who stretch their current winning streak to 10 games. Up next will be a tilt with No. 1 Athens in the winner’s bracket at 12:30 p.m.

The Spartans came out swinging to grab a 3-0 lead in the top of the first after Gracie Dees and Holly Parmelee took turns boping RBIs off Bullington, who covered 2 ⅓ innings in her start. She finished with two strikeouts, one walk and three earned runs before handing it over to Cornelius (20-5, 2.48 ERA) in the third.

The senior lefty would go on to record her 20th win of the season with nine strikeouts and no walks issued.