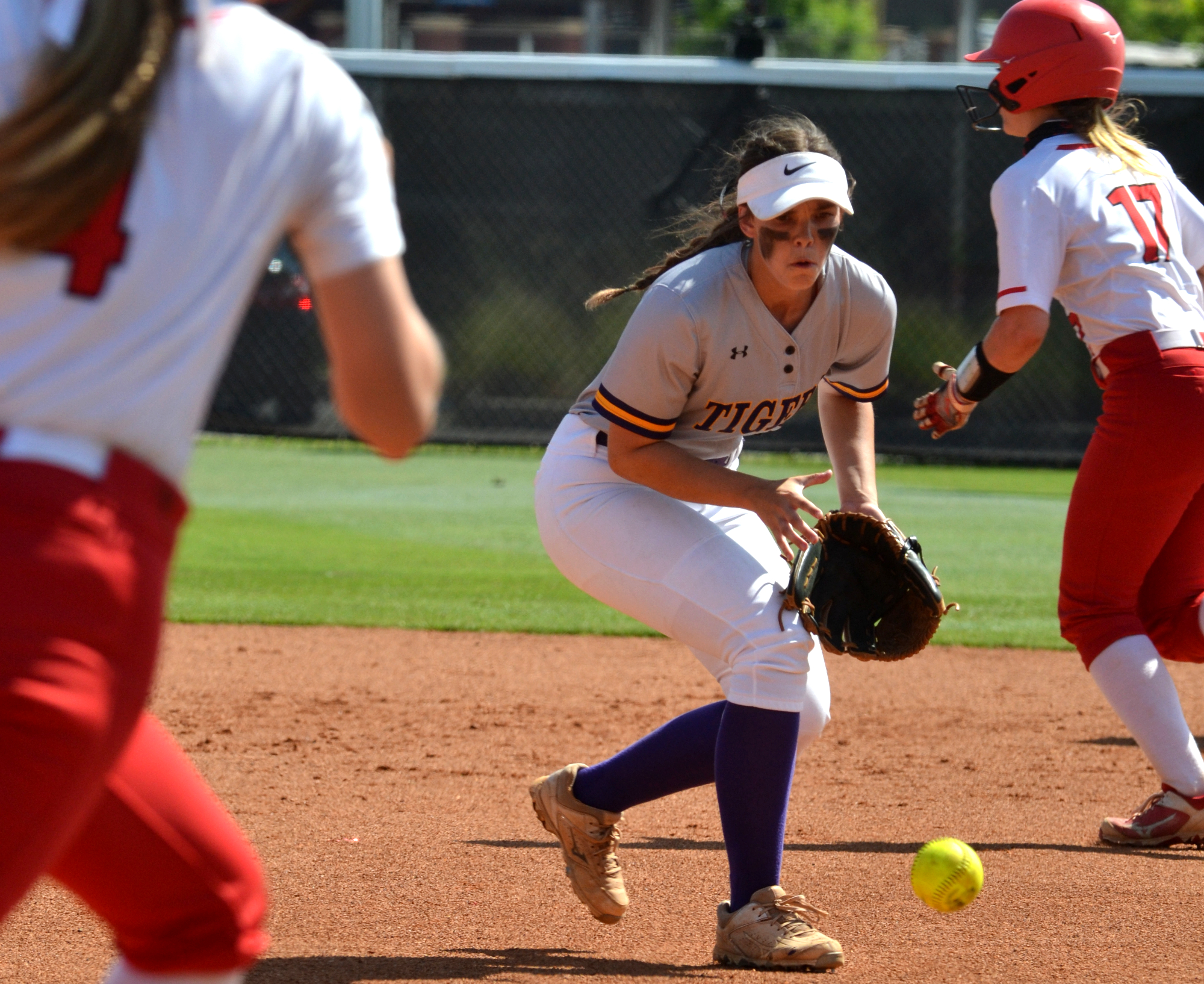 Springville second baseman Emory Leopard fields a ground ball during the Class 6A state championship game on May 22, 2021. Photo by Erik Harris

OXFORD — Springville came up a little short on Saturday evening with a Class 6A state softball championship on the line.

After going 3-0 on Friday in the opening rounds of the state tournament, the fourth-ranked Tigers dropped a pair of games to No. 6 Hazel Green 10-0 and 9-5 to finish as the 2021 runner-up in their first season competing in Class 6A. 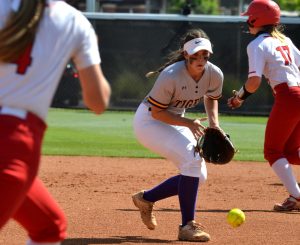 Springville second baseman Emory Leopard fields a ground ball during the Class 6A state championship game on May 22, 2021.
Photo by Erik Harris

Head coach Brandon Easterwood’s team finishes the year at 39-12 with an Area 13 championship to go with an East Central Regional championship.

“I’m proud of them,” said Easterwood. “We got better and better as the year went on. We didn’t come out on top in the end, but I just can’t say enough about this group. They just continued to get better and we grew up so much as a team to make it this far.”

Hazel Green poured across each of its nine runs in the bottom of the sixth to erase a five-run deficit and claim the state crown with a 9-5 final.

“We did everything we could to win that game, we just didn’t come away on top,” said Easterwood following the game. “I’m proud of how they handled adversary this week.” 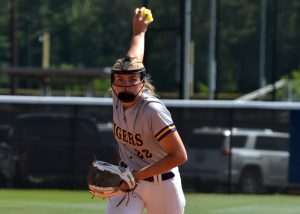 Springville freshman Bella Bullington steps into her delivery on May 22, 2021 in Choccolocco Park.
Photo by Erik Harris

Mackenzie Bowling spurred the massive rally with two multi-run homers in the sixth. Her two smacks covered five of the nine runs scored and set the final count at 9-5. Three more runs came in, including the go-ahead run, when Mariah Bazile grounded one to second where an error opened the door to right field. Easterwood argued for interference on the base runner, but the three runs ultimately stood.

“We just didn’t get the call we wanted and that’s part of the game,” said Easterwood.

The Tigers grabbed their first lead of the day in the top of the second when senior McKenzie Brown slapped a hard-hit grounder into left. Her two-out contact came with the bases juiced, sending two runs across for a 2-0 advantage.

Her evening wasn’t over, either. The senior delivered with two outs again in the sixth when she towered a three-run homer to left, extending the Springville lead to 5-0. The Tigers looked like they were on their way to a fifth state championship, but the Trojans rallied in the home-half. 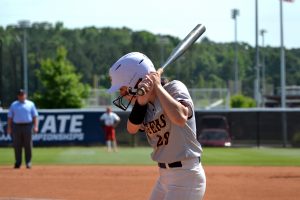 That homer bumped Brown’s RBI count to 10 for the tournament. She barreled up two dingers in Oxford this week to garner all-tournament recognition.

Springville snapped a 12-game winning streak on Saturday afternoon with a 10-0 loss to No. 6 Hazel Green in five innings. 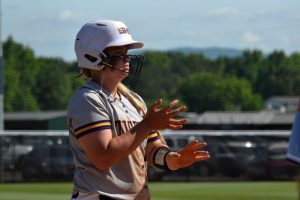 Springville junior Makalyn Kyser dusts her hands off between pitches in Oxford on May 22, 2021.
Photo by Erik Harris

The Tigers fielded three different pitchers as Hazel Green scratched at least one run in all five frames to enact the mercy rule. Senior McKenzie Newcomb pitched a complete-game shutout and added three hits and two RBIs for the Trojans to force the “if necessary” game.

The righty held Springville to its fourth shutout loss of the season and first since April 2 at Pleasant Valley. For the Tigers, Graci Black, McKenzie Brown, Tatum Bartlett, Bella Bullington and Reagan Cornelius contributed to the team’s five total hits. Coming in, Springville had scored no less than six runs in eight of its nine postseason games (2-1 win over Gardendale in the first round of the East Central Regional).