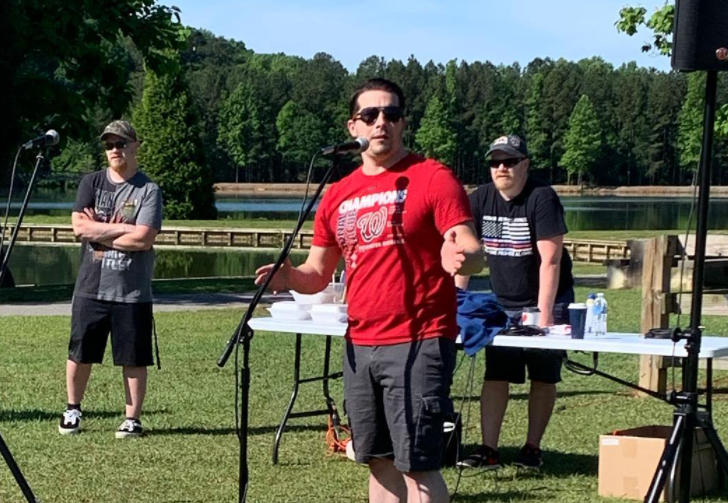 Raising more than $2000 for the pregnancy center, 47 runners came out to participate in a timed 5k run over a wooded course and a fun run around the lake. 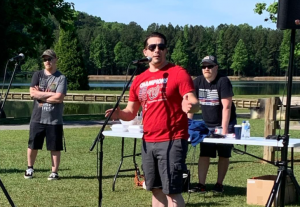 “We’re here for lots of reasons,” Said Calvary Chapel pastor Tyler Warner. “Obviously, we want to support and promote the pregnancy center. It’s also a great chance to do something fun for the community on a beautiful day. More than anything else, though, we want to let people know that God loves them and that He sent His Son Jesus to die on the cross for the forgiveness of their sins. That’s why we do anything – we have good news and we want the whole world to know!”

Will Nesmith, on a short leave after completing Air Force basic training and special forces selection, took first place in the 5k by several minutes. 4-year-old Colt Warner sprinted off with the rest of the 5k runners and would not be sent back to the start, finishing his 5k piggyback on one of the other contestants.

Everyone had a great time in perfect weather, and the potential for turning the event into an annual tradition is already being discussed, according to the church.

Calvary Chapel wants to thank everyone who came out and ran for the moms, dads and babies whose’ lives are touched and even saved by the work of Positive Choices.