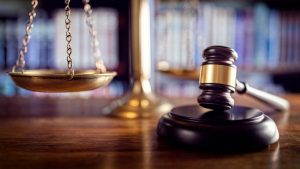 Jason Park, 41, of Newton, was sentenced to 25 years for 13 counts of production of child pornography and 20 years for four counts of sexual abuse of a child less than 12 years of age.

The prison sentences will run concurrently, and Park is to serve the entire 25 years in prison. Due to the nature of his crimes, he will not be eligible for early release or parole. Park pleaded guilty on April 6, after a jury had been selected and as opening statements were set to begin in his trial in Dale County Circuit Court.

“My promise to the people of Alabama is that I will always fight to punish those who violate and exploit innocent children,” said Attorney General Marshall.  “No amount of prison time can compensate for the heartbreaking damage that this man’s monstrous acts caused to his young victims. It is good that we have been able to deliver some measure of justice and that Jason Park will spend 25 years in prison for his vile crimes.”