LATEST NEWS
Home Business There’s a new girl in town: Bonita the ‘Magic City Mini Bar’ cruising to an event near you 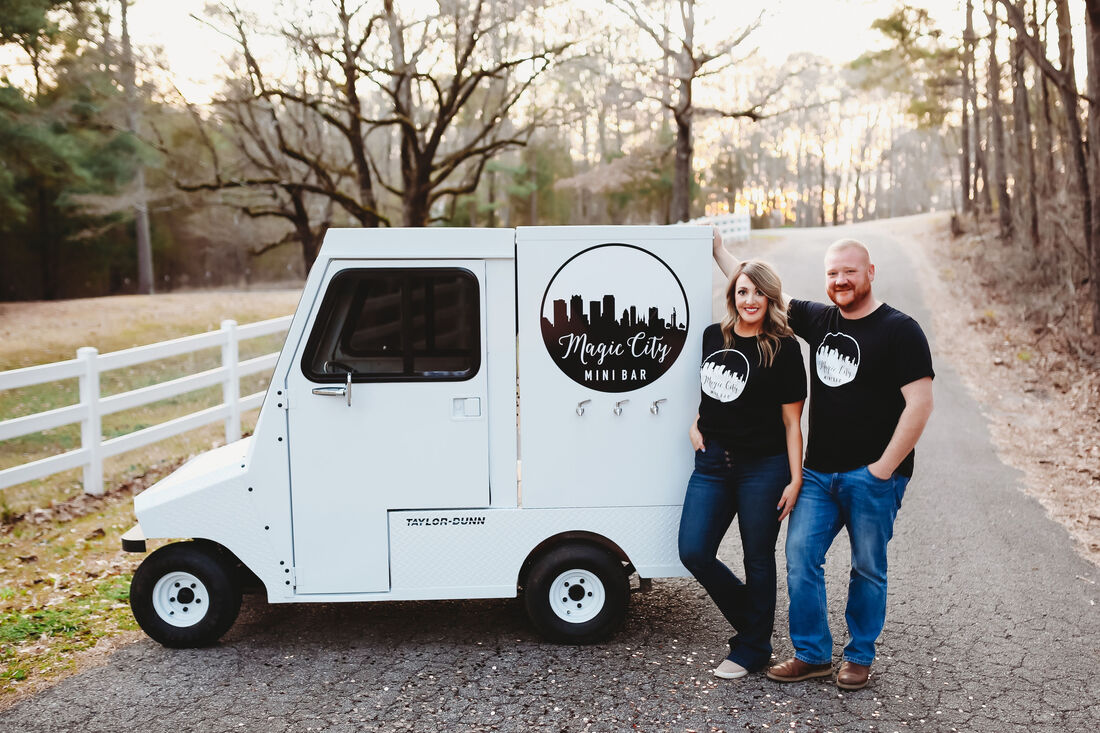 There’s a new girl in town: Bonita the ‘Magic City Mini Bar’ cruising to an event near you

LEEDS — What started as a fun idea and a different way to serve drinks to friends has become a business for one Leeds family. In fact, you could say that as soon as the rubber met the pavement, this little business took off. 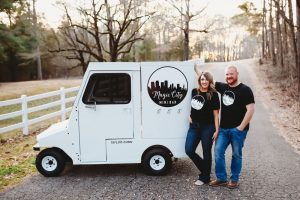 The Magic City Mini Bar is now in high demand for weddings, baby showers, birthday parties, and other events. Tiffiany Abel Ward and her husband, Tyler, work together to make the business happen. Although Tyler wasn’t always so excited about his wife’s idea, he was supportive and helped make it happen.

It all started in 2019. Tiffiany said she wanted to find a fun way to serve her besties in the backyard. After searching high and low, she found a 1971 Taylor Dunn electric cart in Cinncinati, Ohio. The little cart had been used as a mail cart in Hawaii, but Tiffiany knew it had the potential to serve a much more enjoyable purpose. So, they drove all the way to Cinncinati to pick up her prize find. 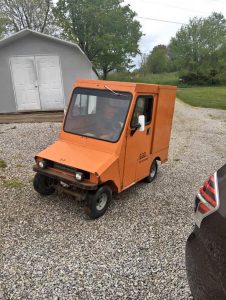 Tiffiany Abel Ward knew that the little electric cart that couldn’t really could. She fixed her up and Bonita was born.

“The pictures on Facebook made it look like, a lot better,” said Ward. “But when we got there it was totally rusted out in the front and the back but we had already committed and drove 10 hours. So, we bought it and brought it back to Birmingham and gave it a glow-up.”

A little paint and few gravity-fed taps later, Bonita was born. Bonita the electric cart was exactly what Tiffiany wanted.

“I came up with the name Bonita because ‘Bonita’ means ‘beautiful’ in Spanish,” she explained. “We call her ‘Bo’ for short.”

After her first backyard party, Bonita made waves on social media. Before she knew it, Tiffiany had a new business.

“All of a sudden, there was a new girl in town and everybody wanted Bonita,” Ward said. “Here we are a year and a half later and we are booked solid through 2021 and like three months of 2022!”

The Wards don’t have a lot of spare time, because Tiffiany is the Vice President of a bank and Tyler is an engineer. Not to mention they have kids and Tiffiany serves on just about every board she can serve on in the city of Leeds. But somehow, they make sure to find time to serve clients whenever the Magic City Mini Bar is requested.

“It’s just so fun and it started as a joke,” Ward said. “Everywhere we go, everybody wants to hear the story of Magic City Mini Bar and what it is and we get to tell it. I live right for five days a week to sling Sangria on the weekends.” 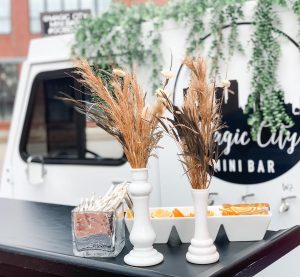 Because of Alabama laws, Magic City Mini Bar is a service-only business. Clients must buy the alcohol to be served. But, Bonita comes with licensed and insured bartenders, or as Tiffiany likes to call them, “startenders.” Sometimes herself, sometimes her friends, someone is always ready to serve with a smile and great conversation.

The three taps on Bonita can serve hot or cold beverages, so hot chocolate is a great addition to winter events. The mini bar cannot serve frozen drinks. Magic City Mini Bar likes to get with those putting on events in order to make sure their experience is customized.

“We want to be busy so we want to serve something that people are going to love to drink,” Ward explained. “We help the bride or whoever is planning during the initial drink consultation with how much they need. Also, whenever they’re thinking of a signature cocktail, we help come up with a name, we can help them come up with recipes and quantities. So it helps with waste, too. We are a resource for them to come up with how much of stuff they need to purchase.” 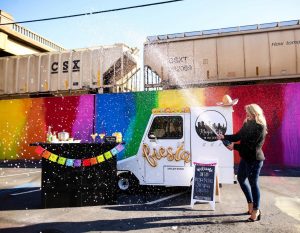 Bonita is also dressed for each occasion. Ward said Magic City Mini Bar decorates the cart, free of charge, to go along with the theme. There have been floral themes, margarita themes, Valentine’s themes, and even a donut theme. Anything you can think of, Bonita can dress to impress.

“We bring garland, flowers, banners, we bring things that we have in our toolkit and we decorate Bo to fit the theme to whatever their theme is,” said Ward.

Magic City Mini Bar also provides the ice, cups, straws, and a garnish for the drinks, just to make the day a little bit easier for everyone else.

“We want to handle all of those details so you don’t have to worry about it,” Ward said. “The only thing we don’t provide is the alcohol and the mixers.”

You may have noticed the #GoBoGo on some of Magic City Mini Bar’s signs. There’s a story there…

“Bonita is an old girl,” said Ward. “We were having some pictures made in the beginning and we were on this bridge downtown. We were trying to take pictures during the golden hour and Bonita could not get up the hill. She is so old. So, we couldn’t get her up that hill and we were behind her pushing her while our photographer was inside and we were going, ‘Go! Bo! Go!’ because we had to get her up that hill. She’s fixed now, but that’s where the hashtag came from.” 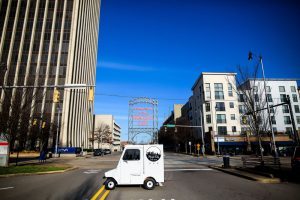 The Magic City Mini Bar has been booked for events all over the Birmingham-metro. In fact, Bonita has already been booked for the rest of 2021. So, if you want to see this adorable little electric cart and the smiling “startending” faces that come with her, you better book fast for 2022.

“People can trust us because they know we are going to show up on time, it’s a good service, we are going to deliver the level of service that they have come to expect from us and we’re going to have a fun time doing it,” said Ward.

As for Tiffiany’s husband Tyler, he has been known to help get Bonita to and from places, but for the most part, Tiffiany said it’s an all-girls show at this point. And truth be told, her husband didn’t have all of the faith that the business would work out anyways.

“He thought it was a stupid idea,” Tiffiany Ward said. “When I told him he was like, ‘oh, okay, we’ll talk about it tomorrow.’ Our birthday parties were on a shoestring budget so even when we got married our budget was very tight. He didn’t think anybody was going to pay for that. But they do.”

Magic City Mini Bar is the only business of its kind in the state of Alabama. After building the business from the ground up, Tiffiany and Tyler Ward are sure to continue seeing success on the roads ahead.