TRUSSVILLE — The ideal of the American dream has been a goal for many over decades. Since 1931, it was what just about every small town and big city fella strived for. Nearly 30 years ago, a man opened up shop in Trussville and began his journey towards the American dream. Now that he has passed, his family has a goal of keeping the dream going.

Martin Paul LaRussa, the owner of Paul’s Hotdogs, passed away at the age of 76, on May 27, 2021. It hadn’t been long since the passing of his one true love, his wife, Sandra.

“He couldn’t live without her,” said LaRussa’s grandson, Luke LaRussa. “The difference between him passing and her is that we were just so unprepared. We knew that after she was gone it just…it’s hard to put into words, to be honest with you.” 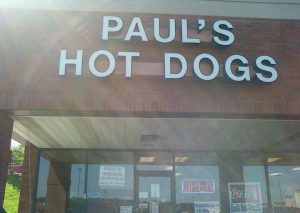 Martin Paul and Sandra LaRussa operated Paul’s Hotdogs in Trussville for nearly 28 years before moving to Clay late last year.  Sandra LaRussa passed away in January after the two had been married for 55 years.

Luke LaRussa said he didn’t realize it when the couple was living but now looking back, he knows they were both just living for each other. Martin Paul LaRussa was hospitalized with pneumonia before his passing.

“One without the other just wasn’t right,” said Luke LaRussa.

At 28-years-old, Luke LaRussa will take over ownership and operations of Paul’s Hotdogs, which was opened just two months after he was born.

“It’s pretty wild, the connection I have with the place,” Luke LaRussa said. 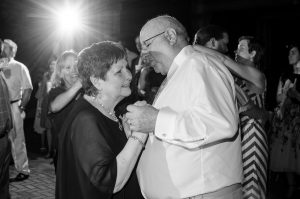 He doesn’t want to change a thing about the restaurant. He wants to continue serving the community “the best food around.” Luke had plenty of time with Martin Paul, working by his side and learning the tricks of the trade.

“He raised me, so I have been working there for 11 and a half years and I saw him every day,” Luke LaRussa continued. “It still hasn’t really hit me yet.”

“I will definitely try to keep it going and do the best I can with it. He raised me as a child and he was my adoptive father,” Luke LaRussa reflected. “Him raising me as his own child and working for him and with him just taught me a lot. He has always been a religious, devout Catholic and he just taught me to pray and just so much. The things he has taught me really can’t be put into words. He was such a good, caring person, not just to me but to family. It’s just going to be so hard without him.”

Although it will be hard, Luke LaRussa and the rest of the family know they have a job to do. It is what Martin Paul LaRussa worked for and it is what he would want.

“Everything I know is from him and I am just going to keep moving forward,” Luke LaRussa said.

The funeral Mass for Martin Paul LaRussa will be held at Our Lady of Lourdes Catholic Church at 11:00 am on Thursday, June 3, 2021, with Father Douglas Vu presiding over the service. The family will receive friends at 9:30 am until the time of the service. You can view the obituary by clicking here.

Martin and Paul’s Hot Dogs were featured on Tribune Digital Media’s One Hot Dish in 2019. You can watch the video below.