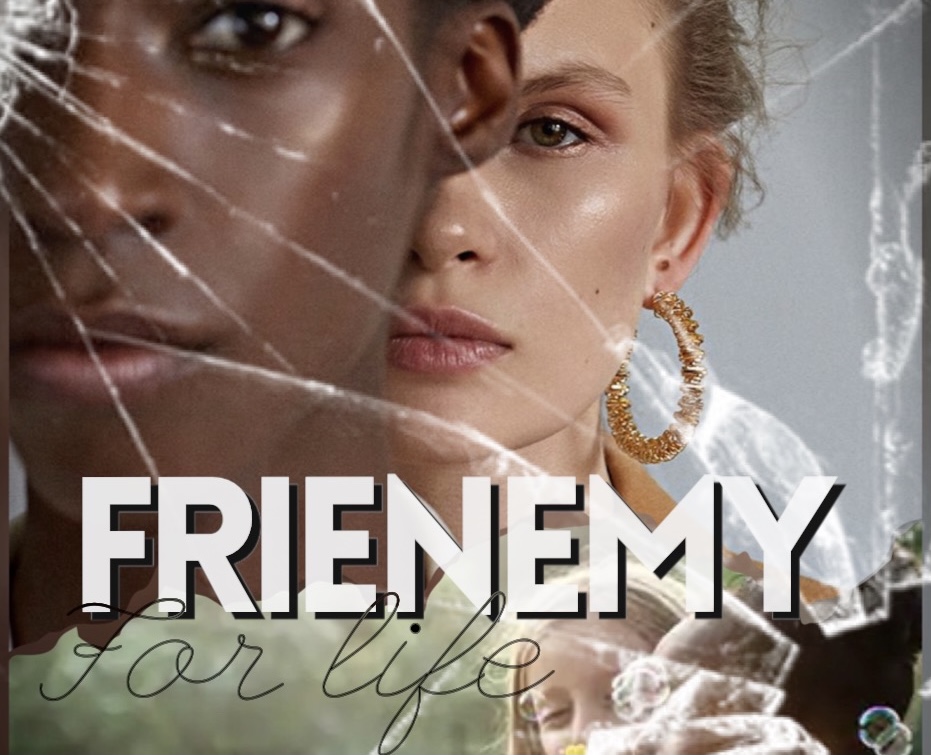 ‘Frienemy for Life’ movie to ‘put Pinson on the map,’ casting auditions this Saturday

PINSON – This summer, Pinson will set the stage for a new movie titled “Frienemy for Life,” which will be produced by local indie film company KeiDie Ruff Films. 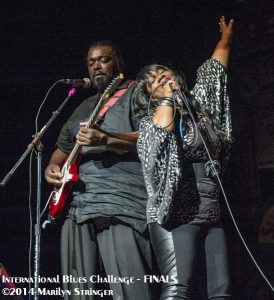 The Ruffs also have a blues band called DieDra and The Ruff Pro Band. DieDra has received 19 blues awards and nominations.
Photo submitted by DieDra Ruff

Keithen and DieDra Ruff have been in the music entertainment industry for decades, with Keithen both producing and performing for 35 years and DieDra performing for 22 years. The couple recently decided it was time to begin their own film company and create a movie that would put the city of Pinson, Alabama, on the map.

“My husband has been here (in Pinson) all his life,” DieDra said. “I’m in a movie right now that’s coming out in October. We were traveling back and forth to North Carolina for me to do my part and my husband was on the set with me. On our way home from North Carolina, he said we should do our own movie. So he started telling me what idea he had and I just sat down and started writing the movie. It took me about three weeks to write the movie.”

DieDra said the movie just flowed through her mind and she couldn’t even type as fast as it was coming to her.

“Frienemy for Life” is the story of two girls, Alice and Emma, who live in Pinson and grow up in school together. 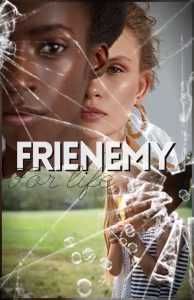 “They just became friends and they vowed to be friends for life,” DieDra said.

The movie skips forward 20 years, when the two friends are working in a law firm together. They are celebrating Alice’s one-year anniversary with the law firm when their friendship goes through a trial that challenges their loyalty to one another.

She began researching movies set in Alabama and discovered another movie that was supposed to be based in Pinson, but was actually filmed in Louisiana. That discovery made the Ruffs even more determined to film their movie in Pinson.

“I was so mad,” DieDra said. “I know that Hollywood does that a lot, but it meant a lot to Keith and I to do (‘Frienemy for Life’) here.”

The Ruffs received offers to film their movie in other locations, but refused those offers in favor of Pinson.

“We work for Morgan Freeman (as entertainment for his Ground Zero Blues Club in Clarksdale, Miss.),” she said. “They offered the building there for us to shoot the movie.”

They also received an offer to film the movie in Atlanta, Georgia.

“Everybody does their movies in Atlanta,” she said. “But Keith and I were like, ‘No, we’re going to do it right here in Pinson. We’re going to put Pinson on the map.’” 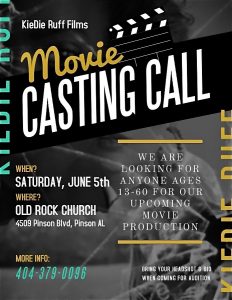 KeiDie Ruff Films will be holding auditions for casting at the Rock School Center in Pinson this Saturday, June 5, from 10 a.m. until 12 p.m. The address for the center is 4509 Pinson Blvd., Pinson, AL 35126.

They are looking for a cast that is diverse in both race and age and will be casting for the following parts:

KeiDie Ruff Films has secured the Dodd and Dodd Attorneys law firm in Pinson for the main location of the film. Other filming locations include Pinson Bicentennial Park, State Farm in Pinson, Designer Cuts Barber & Style in Pinson and Imperio Steakhouse & Grill in Trussville.

“We still need about five more locations such as houses or apartments,” DieDra said. “We also need a shop or boutique for the girls to shop for clothes. Any shop on Main Street in Pinson. Lastly, we need a doctor’s office or nurses’ station for one scene. If anyone in the area would be willing to donate these spots, we will add their names and locations to the credits in the movie.”

The Ruffs have started a GoFundMe page for the movie to help with funding.

“We are definitely going to need as much help as possible,” DieDra said. “On the GoFundMe page, it lists everything that we’re going to be doing with it, and that’s going to go towards creating props, getting our locations secured and getting the cast.”

While they will not be able to pay the cast, they would like to provide stipends for gas and other necessities. Additionally, all cast members will come out of this with their own IMDb (Internet Movie Database) page.

“It’s not about the money,” DieDra said. “It’s more about being able to create a name for yourself and credits so you can build your career from this.”

DieDra said their goal is to start filming in July or August, with the hope of completing filming by the end of next year. Knowing the industry, however, she acknowledged that filming a movie can take up to two or three years.

“It just really depends on the help you get, the things you need and how fast you can get things going,” she said. “I already have the script printed out for the main characters. I’ve got their books and it’s ready for me to just pass it to them and they can start working on it, reading up on it. Then we’ll be doing physical rehearsals and sit-down rehearsals. Then we’ll be ready to dive into it, hopefully in July.”

If you would like your house, apartment or business to be featured in “Frienemy for Life,” contact KeiDie Ruff Films at (404) 379-0096 or email them at ruffpro64@gmail.com. 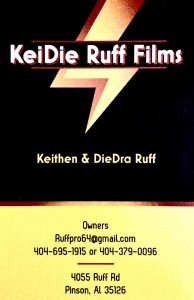