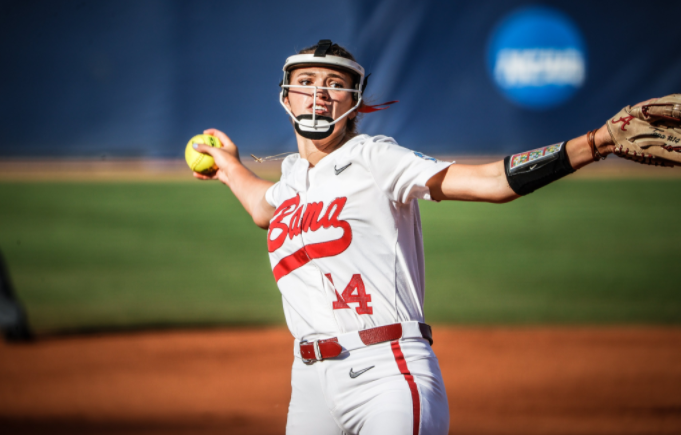 Fouts strikes out 16, leads Alabama past Arizona 5-1 in WCWS 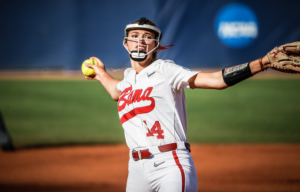 Fouts threw 103 pitches, including 73 strikes. She regularly hit the low 70s on the radar gun, yet didn’t allow a walk.

“I think the thing of today was Montana Fouts,” Arizona coach Mike Candrea said. “I thought she truly threw a very good ballgame, really kept us at check. When you don’t have an offense — sometimes I felt like a ghost at third base. There’s not much you can do. All you can do to win a game like that is to match them pitch for pitch. We didn’t quite do that.”

Fouts, a first-team NFCA All-American, lost her shutout when Jessie Harper hit a solo homer with two out in the seventh inning.

It was Alabama’s 19th straight win. The Crimson Tide last loss on April 17.

Alabama (51-7) will play the winner of the UCLA-Florida State game in a winners bracket contest Friday night.

Arizona (41-14) will play the UCLA-Florida State loser in an elimination game on Saturday.

“We have another game left,” Harper said. “I get to put on this uniform again. Our team is going to be ready. We’re going to do whatever we have to to make it back to the top.”

Alabama opened the scoring in the first inning against Arizona when Jenna Johnson singled and Bailey Hemphill scored an unearned run on a fielding error.

Hemphill launched a solo homer over the left field fence in the bottom of the third. It was the 13th blast of the season for the school’s career home run leader.

Fouts took a no-hitter into the fourth inning, but Arizona’s Janelle Meono broke it up. The Crimson Tide ended the inning with a double play.

Alabama put up three insurance runs in the sixth. Maddie Morgan had an RBI double, then pinch hitter Abby Doerr hit a two-run homer to make it 5-0.

It was Doerr’s second homer of the season, and it came on just her 39th at-bat of the year.

“She works so hard,” Hemphill said. “She obviously doesn’t get that much playing time, but she comes in every day and she gives everything to make this team better. For her to succeed on this level, on this stage right now, that was, like, the coolest part of today, when she hit that. She was so happy. We were so happy for her.”