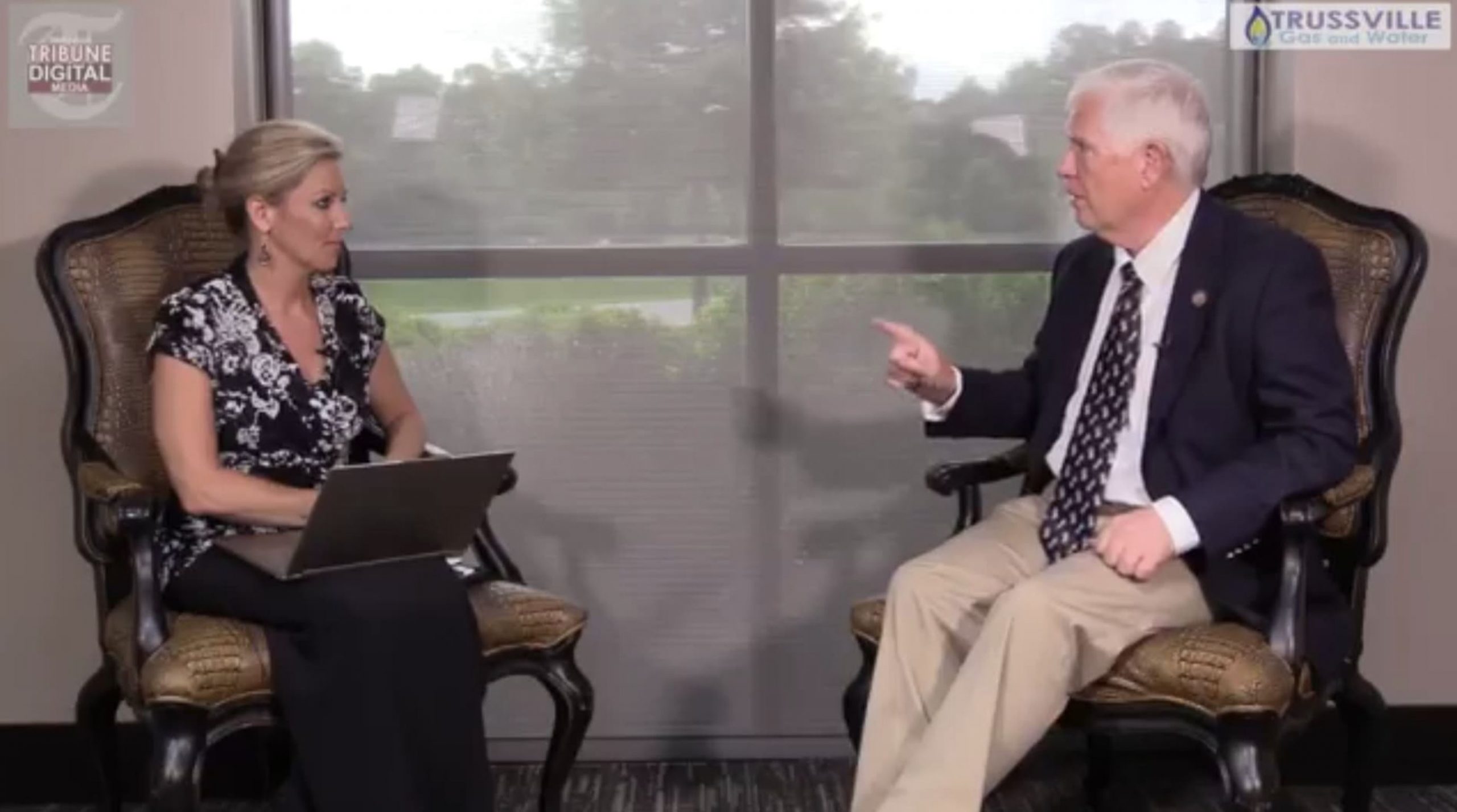 TRUSSVILLE — U.S. Representative Mo Brooks says he is going big or going home. After announcing his run for Richard Shelby’s Senate seat, Brooks sat down with The Tribune’s Managing Editor, Erica Thomas, to discuss his views on the nation’s hot topics and on a lawsuit filed against himself, President Donald Trump, Donald Trump, Jr. and Rudy Giuliani. 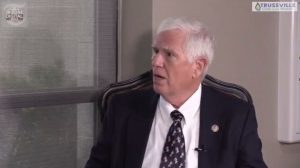 Brooks was in Trussville to speak to the Republican Women of Trussville, Alabama, on Thursday, June 3. On the same day, a report by CNN alleged the congressman was avoiding an insurrection lawsuit. The report stated that Democratic Rep. Eric Swalwell had to hire a private investigator to track down Brooks, to no avail. Brooks responded by saying he did not incite the riot at the Capitol on Jan. 6, as the lawsuit alleges.

“CNN lies,” Brooks said. “We’re all used to them lying. They’re highly partisan. I would best describe this particular article and those allegations as ‘unadulterated, bovine excrement.’ I’m trying to be polite here, but that’s the gist of it.”

Brooks went onto say those making the allegations against him took a snippet of what he said in order to make it fit their agenda.

“Eric Swalwell is a dishonest individual,” Brooks explained. “He is trying to do this out of political concerns, in my opinion, to take advantage of politics and the publicity that comes with suing the President of the United States and Congressman Mo Brooks and a couple of others…

“The only thing that I asked anybody to do at the United States Capitol was to go there, lawfully protest and to chant the words, ‘USA! USA!’ That is hardly a call to violence. Now, what the fake news media has done repeatedly, is they have taken a snippet of the second sentence of a two-sentence paragraph, and they leave out the beginning.”

Brooks urged people to go back and listen to the entire speech, in which he was referring to voters standing up and ‘kicking ass’ in the 2022 and 2024 elections, to make a difference for the future of the country.

Those who acted violently in Washington should be prosecuted to the fullest extent of the law, Brooks said. He said he does not in any way support the violence.

In response to the claim that he has not been available to be served the lawsuit, Brooks said he has been working in Washington with Swalwell on the House Floor. He said the Representative has had plenty of opportunities to hand him the lawsuit himself.

“I’m not going to go out of my way to do his job for him,” Brooks stated. “He’s an attorney, he knows what the law requires, he knows that it’s the plaintiff’s obligation to serve the defendant. I’ve been campaigning publicly throughout the state of Alabama but I’m not going to stop campaigning in order to hunt down a lawsuit that is frivolous and meritless.”

As for his campaign, Brooks said he hopes to go big and earn the Senate seat. Montgomery businesswoman Lynda Blanchard is also running for the Senate seat and another possible candidate is Katie Britt, who has not officially announced her candidacy but she did resign as CEO of the Business Council of Alabama. Brooks said his record sets him apart from any possible candidate.

That Conservative walk means shock to the system when it comes to President Biden’s $6 trillion budget proposal.

“How are you going to pay for it?” Brooks responded. “The problem with what the Socialists are doing in Washington, D.C. is very simple: We don’t have the money. So, what they’re doing is they’re borrowing money that we can’t afford to borrow, we can’t afford to pay back, and it ultimately is going to result in a debilitating insolvency and bankruptcy of the greatest nation that has ever been on the planet Earth.”

The Congressman went onto explain the individual dangers of socialism and allowing the government to pay for people to live. Brooks also responded to increased gas prices and inflation, as well as immigration challenges in America.

You can watch the entire interview below.