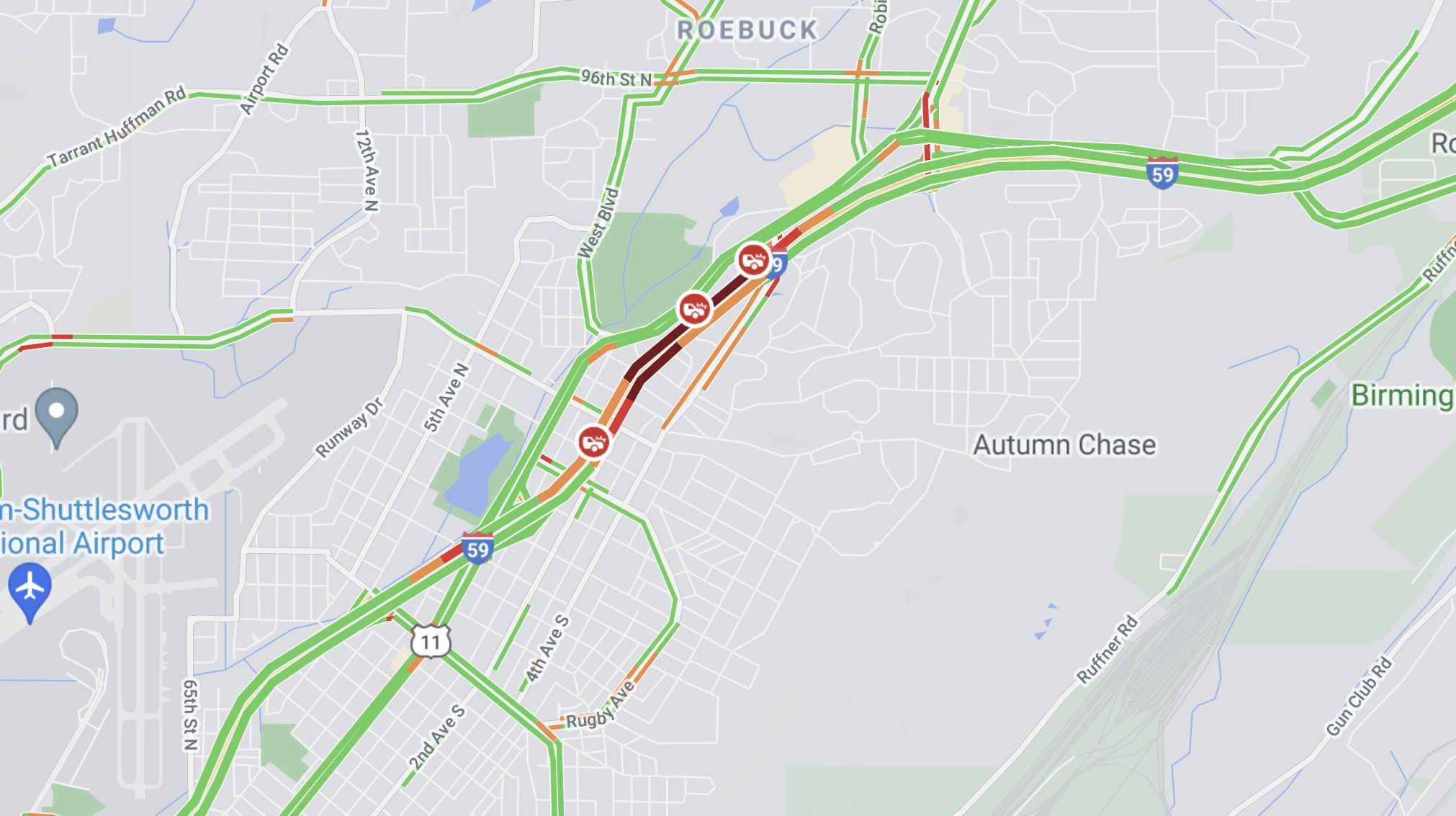 BIRMINGHAM — At least three vehicles were involved in a serious crash on Monday, June 7, 2021. 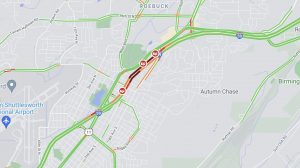 The crash was on Interstate 59 southbound, in the Roebuck area. A Jefferson County Sheriff’s Office SUV, a Greyhound bus and a FedEx delivery truck were all damaged in the crash.

The sheriff’s deputy involved and a passenger on the bus were transported for treatment of minor injuries.

“The preliminary investigation shows that the truck may have hydroplaned and crossed the median into oncoming traffic,” said Capt. David Agee. “This accident is being investigated by the Birmingham Police department.”

The southbound lanes of the interstate were blocked while multiple agencies, including State Troopers, the Birmingham Police Department, the Jefferson County Sheriff’s Office and Birmingham Fire & Rescue, responded. Traffic was also slow-moving in the northbound lanes.

There is no word on injuries to those involved in the crash.